This Day In History: The Allies Liberate Paris in WWII (1944) 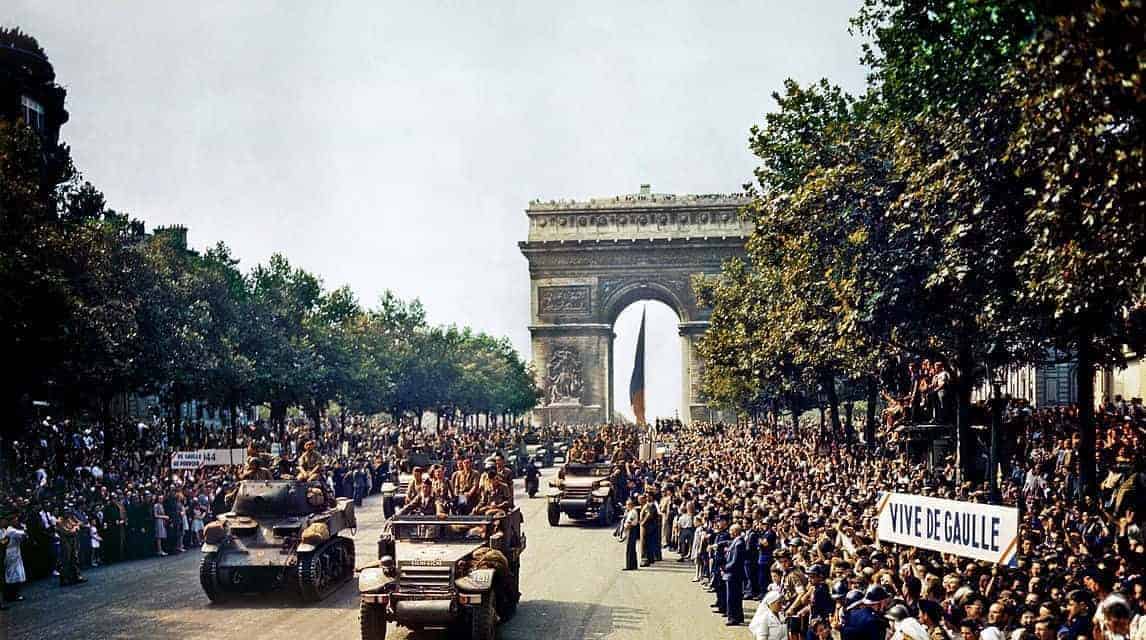 This Day In History: The Allies Liberate Paris in WWII (1944)

On this day in history, the allies liberated Paris. This is also known as the Battle of Paris. The French capital had been occupied by the Germans in May 1940 and Parisians had endured four years of often brutal German occupation.

The allies had landed in Normandy the previous June. They had established themselves on the beaches and from here they advanced into the Normandy countryside. They had become bogged down in the countryside with its endless hedgerows and narrow country lanes. Once they emerged from Normandy the allies, headed straight for Paris. They agreed that Freed French forces should be the first units in the French capital.

The liberation began when the French Resistance—staged a revolt against the German garrison upon the approach of General Patton’s Third Army. They ambushed the Germans and attacked them at every opportunity. They attacked German units with grenades and machine guns. Soon the streets of Paris were not safe for any Germans. Many German units were pinned down and they could not flee from the city.

The commander of Paris was ordered by Hitler to destroy Paris rather than let her fall into the hands of the allies. However, the German commander ignored these orders but pretended to be complying with the Fuhrer’s instructions. He also had no intention of making a last suicidal stand in the French capital.

On the night of 24 August, elements of the Free French 2nd French Armoured Division, made its way into Paris. It arrived in the center of Paris that night. The next morning, 25 August, the bulk of the 2nd Armored Division and Americans entered the city. There was only sporadic resistance from the Germans. They were also very willing to surrender to the Allies. They feared retribution from the French Resistance fighters. The commander of the German garrison and the military governor of Paris surrendered to the Free French. General Charles de Gaulle arrived to assume control of the city as head of the Provisional Government of the French Republic. He was later to become President of France.

The situation in Paris after the liberation was tense. Many believed that the French communists who were very active in the Resistance would stage a revolution. Then the Resistance was carrying out revenge attacks on those suspected of collaborating with the Nazis during the long years of execution. Many collaborators were summarily executed and women who had relationships with German soldiers had their hair shaved in public.

For most Parisians, it was a memorable day and they thronged the streets of the city celebrating their liberation and cheering the allies and especially the Free French forces. It was one great party!

Rare Historical Photos – French Female Collaborator Punished by Having Her Head Shaved To Publicly Mark Her, 1944