38 Photos of Russia's Harsh Gulags, Past and Present 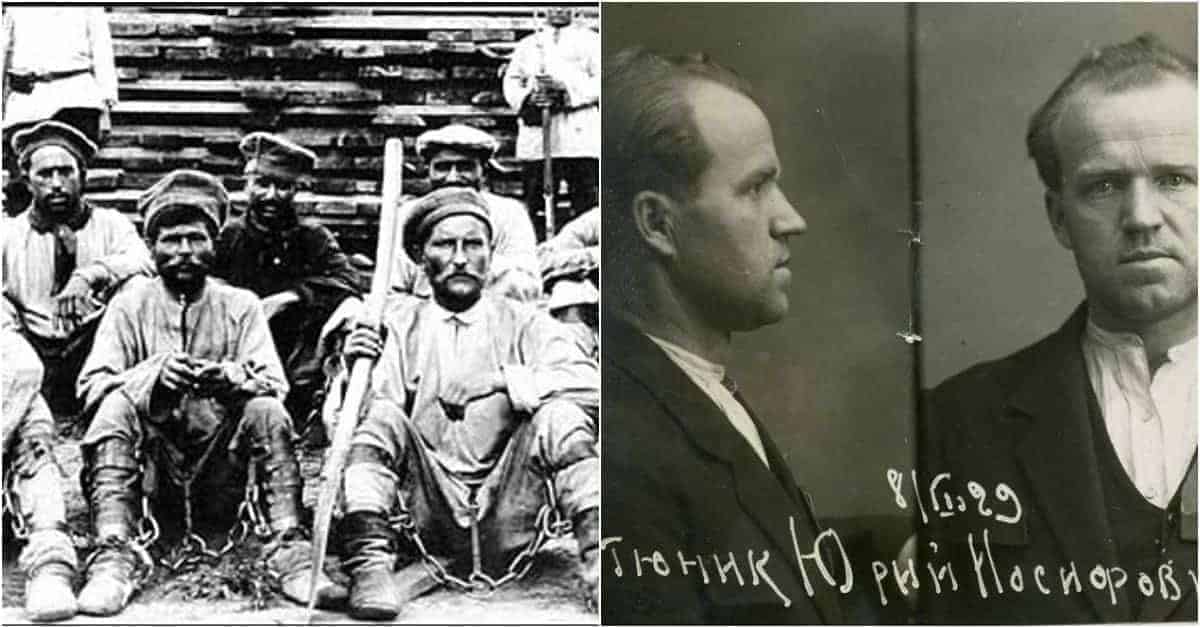 38 Photos of Russia’s Harsh Gulags, Past and Present

Gulag, an acronym of ‘Glavnoye Upravleniye LAGerej,’ meaning ‘Main Camps’ Administration’ was a government agency created under Vladimir Lenin which reached its peak as a Soviet forced labor system during Joseph Stalin’s rule from the 1930s until the 1950s. The camps were home to a wide range of convicts and political prisoners. Inmates were sentenced, often without trial by the NKVD Troika Secret Police.

Gulags were located in isolated areas wherever the economic task at hand dictated their existence. The majority of them were located in northeastern Siberia and in the southeastern Soviet steppes of Kazakhstan.

The Solovki prison was the first corrective labor camp constructed after the Bolshevik Revolution, established in 1918. The conditions in Solovki and the numerous other Gulags were severe. Because the camp administrators too optimistic with their estimates of productivity, they were forced to work longer hours on lower food rations. The over-worked, under-fed prisoners would work even slower and would be given even longer hours with less food, in a disparaging cycle.

Andrei Vyshinsky, a procurator of the Soviet Union, wrote a memorandum to NKVD chief Nikolai Yezhov in 1938 which stated: “Among the prisoners, there are some so ragged and lice-ridden that they pose a sanitary danger to the rest. These prisoners have deteriorated to the point of losing any resemblance to human beings. Lacking food, they collect orts [refuse] and, according to some prisoners, eat rats and dogs.”

Throughout the history of the Soviet Union, there were at least 476 separate camp administrations. The Russian researcher Galina Ivanova stated that “to date, Russian historians have discovered and described 476 camps that existed at different times on the territory of the USSR. It is well known that practically every one of them had several branches, many of which were quite large. In addition to the large numbers of camps, there were no less than 2,000 colonies. It would be virtually impossible to reflect the entire mass of Gulag facilities on a map that would also account for the various times of their existence.”

It is estimated that over 50 million people were sent through the Gulag system. Forced labor is still used as punishment today.

Bloomberg – It’s Not a Gulag, Russia Says of Plan to Put Prisoners to Work

The Atlantic – The Truth About Stalin’s Prison Camps

The Conversation – Russia and The Gulag: Putin Is Fighting for State Control Over How Soviet Horrors Are Remembered

The Guardian – ‘A Lifetime Sentence’: Children of The Gulag Fight to Return from Exile