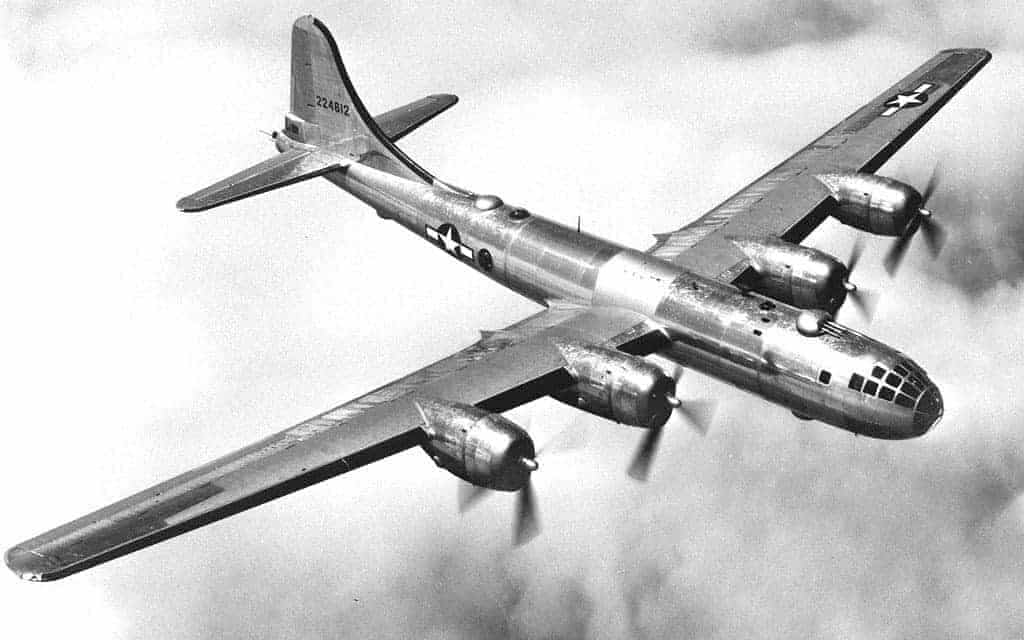 On this day in 1944, the US air force launched a massive bombing raid on the Japanese Capital, Tokyo. It was to be the first of the many massive raids that were designed to destroy the Japanese War Machine that year. The raids involved over 100 giant U.S. B-29 Superfortress bombers. The target of the raid was a huge industrial complex that manufactured engines for fighter planes.

The raid began after a reconnaissance mission was flown by a B-29. This mission photographed many sites, around Tokyo and they identified the location of the factories that were supplying the Japanese air force with engines. The reconnaissance mission took over 500 images of Tokyo and this allowed the planners to identify and locate the targets for the raid. There were a series of small raids conducted over Tokyo that were aimed at some of the targets identified in the reconnaissance mission. On this day in 1944, the Americans ordered a massive raid on Tokyo, their most ambitious one since 1942. Prior to the raid, the Americans had extensively bombed airfields on the island of Iwo Jima to destroy Zero fighters. The fighters on Iwo Jima were crucial for the air defense strategy of the Japanese air force. This allowed the B-27 to safely fly to their target- Tokyo, the heart of Imperial Japan. The raid was led by General. Emmett O’Donnell, piloting a B-27 known as Dauntless Dotty. The raid made it safely to Tokyo and they were not attacked by any Zeroes. The B-27s flew at a great height to avoid anti-aircraft fire. They dropped hundreds of tons of explosives and caused great devastation. However, only a couple of dozen of the bombs hit their main target, which was the aircraft engine facilities. There was little damage inflicted on the site. More bombs fell on the areas around the site that actually on the target. An unknown number of Japanese were killed and injured. However, the Japanese were not able to inflict much damage on the raiders and they only lost one bomber. One of the commanders of the B-29 received a Distinguished Flying Cross for his role in the raid. The raid was the first large-scale raid on Tokyo since the ill-fated Doolittle Raid and it demonstrated the growing capabilities of the US bombers and their pilots.

The Japanese government was furious over the raid as it showed the civilian population that not even the Home Islands were safe from the Americans. However, they could do little about the raids and they became more intense in the weeks and the months following. Unknown thousands were to die in these bombing raids.