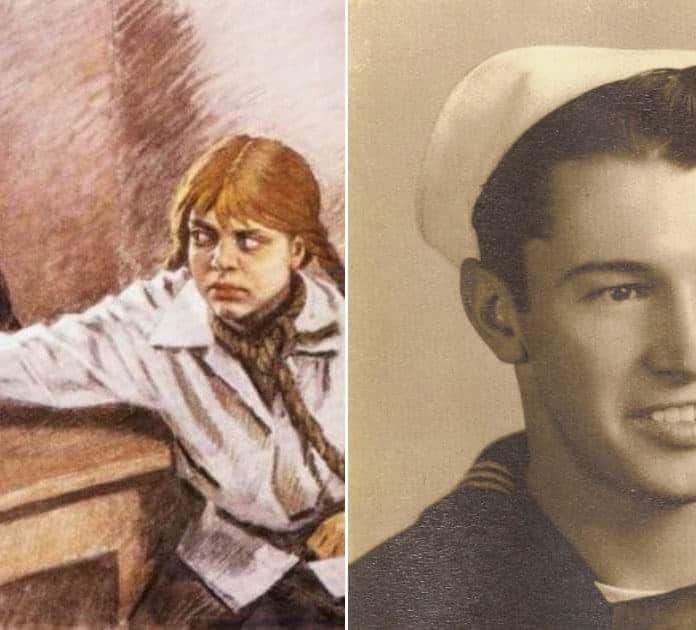 When World War II broke out, many teenagers in warring countries were forced to make some difficult and dangerous decisions. Most of the teenagers lived in countries whose soil endured foreign armies tramping in and were subjected to enemy occupation; thus thrusting the young lives into the horrors of war. Others, whose homelands were further removed from the fighting and the hardships of foreign occupation, voluntarily sought to fight in the war. They were “teenagers being teenagers”, convinced that nothing could harm them and that they would live forever. As such, it is not surprising that many of them, insensate to danger and heedless of risks to life and limb, saw the war as an exciting and grand adventure in which they desperately wanted to participate.

Regardless of how they became involved in the fighting, many teenage fighters lost their lives during the war, while others survived and went on to live their lives as best they knew how. Some coped well with the trauma of war and were able to swiftly put it behind. They went on to lead satisfying and rewarding lives and careers, with some rising to the heights of fame and fortune. Others, exposed to the horrors of war at a tender age and during their formative years, suffered psychological wounds that never healed. Those mental traumas followed them around, haunting them for the remainder of their lives.

Following are twelve remarkable teenagers who fought in the Second World War.

Stan Scott was a 13 year old Briton when WWII began, and he desperately wanted to join the action. Fired up by the Battle of Britain, he could no longer contain his enthusiasm, and in 1941, at age 15, he lied about his age and claimed to be 18 in order to enlist. His mother found out, however, and to his chagrin, the teenaged recruit was yanked out of training and sent back home.

A year later, successfully enlisted at age 16, and after training, was assigned to guard airfields in southern England. That did not satisfy his desire for action, however, so he volunteered to join the Commandos. He took to the elite fighters like a fish to water, and attracted the attention of his superiors during training. When a recalcitrant recruit doubted the efficacy of the Commandos’ hand-to-hand techniques in defending against a knife-wielding attacker, Stan proved their effectiveness by breaking his arm during a demonstration when he came at Stan with a (sheathed) knife.

After completing the tough training regimen, he was assigned to No. 3 Commando, and finally saw action on D-Day, 1944. Stan got his first taste of combat that day in the fighting to relieve the airborne troops who had captured Pegasus Bridge, and to consolidate Allied control of the area. After weeks of combat, he was severely wounded near Honfleur. After recovering from his wounds, he returned to frontline duty, and went on to fight in at least five river crossing assaults across the Maas, Rhine, Weser, Aller, and Elbe rivers, and took part in the liberation of the Belsen concentration camp.

Heveloped an expertise with the Fairbairn-Sykes Commando knife, and became an authority on its fighting techniques. He distilled its technical use thusly, after the war: ““If I’m going into somebody and I’m going to use this, I don’t have to push it forwards. Just grab him and pull him onto the knife. You got it? But mostly, if you’re going to do a job on a sentry, you don’t do what they say – lift his chin up and cut his throat like that. Yes, lift his chin up, but put the knife in by the jugular vein, which is both sides of the throat, push it through, punch it forward. You rip out the lot. Bit of a messy job, but that’s it.””