Heartbreaking Photographs of Child Soldiers from WWI and WWII 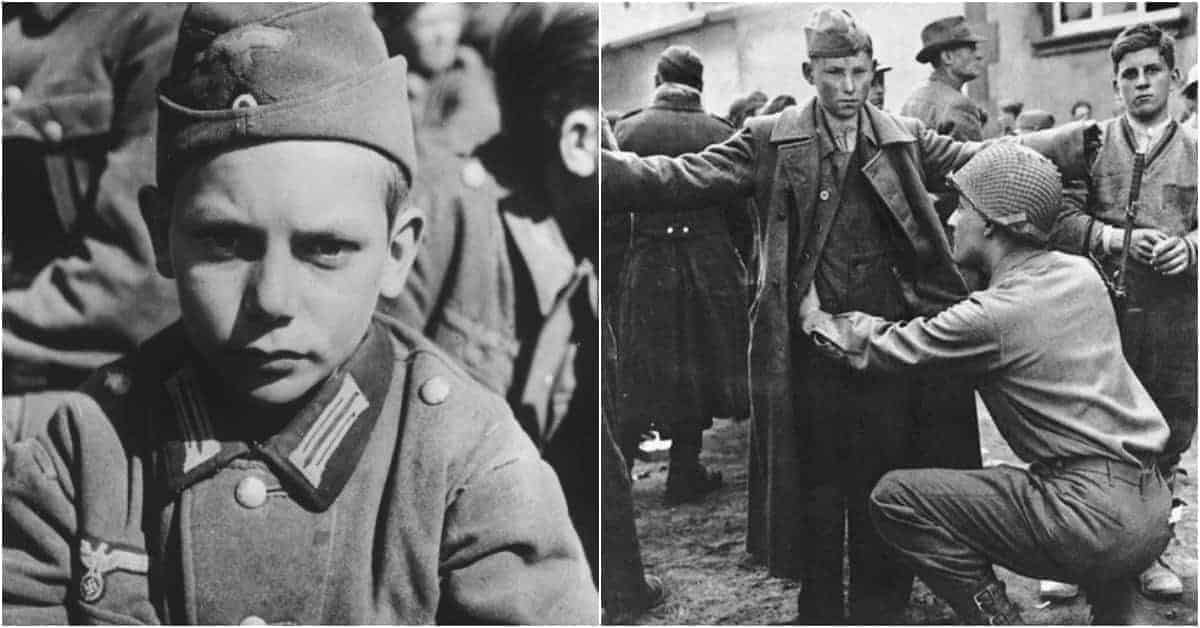 Heartbreaking Photographs of Child Soldiers from WWI and WWII

Children have always been easy targets for indoctrination for military purposes because of their vulnerability to influence. Children have also been historically seized and recruited by force or join voluntarily to escape current circumstances.

Throughout history, children have been extensively involved in military campaigns even when such practices went against cultural morals. In World War I, in Great Britain, 250,000 boys under the age of 18 were able to join the army. In World War II, child soldiers fought throughout Europe, in the Warsaw uprising, in the Jewish resistance, for the Nazi army, and for the Soviet Red Army.

Following World War I, in 1924 the League of Nations adopted the Geneva Declarations of the Rights of the Child. Despite this attempt, World War II left millions of children unprotected from indoctrination, war, and murder. The lack of legal protection for children in times of war, which allows for their exploitation, can be linked to the lack of a universally recognized definition of a child during World War II.

The youngest known soldier of World War I was MomÄilo GavriÄ‡, who joined the 6 Artillery Division of the Serbian Army at the age of 8, after the Austro-Hungarian troops killed his entire family in August 1916.

The youngest member of the United States Military in World War II was 12-year-old Calvin Grahm who lied about his age when he enlisted in the US Navy. His real age came out after he was wounded.

The Hitler Youth was established as an organization in Nazi Germany that physically trained children and indoctrinated them with Nazi ideologies. At the onset of war, Hitler Youth totaled 8.8 million children. Hitler Youth children first saw conflict following the British Air Raids in Berlin in 1940. Huge numbers of Hitler Youth soldiers were removed from school in early 1945 and sent to war.

The Japanese Imperial Army training started in schools. Military drills were a staple in physical education classes. Children between the ages of 14-17 were conscripted to fight in the Battle of Okinawa.

Currently, the United Nations Children’s Fund (UNICEF) defines a child soldier as “any child – boy or girl – under eighteen years of age, who is part of any kind of regular or irregular armed force or armed group in any capacity” The age limit of 18 was introduced in 2002 under the Optional Protocol to the Convention on the Rights of a Child. Prior to 2002, the 1949 Geneva Convention set 15 years old as the minimum age to participate in armed conflict.

You May Also Interested: The Tragic History of the American Child Warriors.