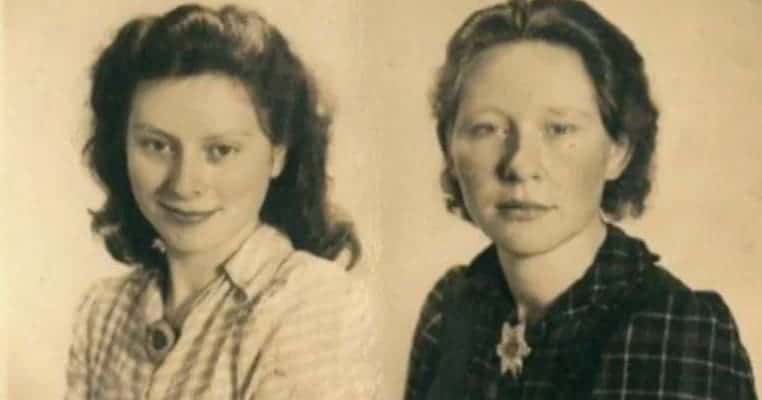 On September 5th, 2018, Freddie Oversteegen, a Dutch Resistance heroine of World War II, died in her nineties of a heart attack. She had been preceded into the Great Beyond two years earlier, in 2016, by her older sister, Truus, another resistance heroine in the fight against the Nazis. As part of their underground activities against the German occupiers, the Oversteegen sisters had risked their lives by circulating leaflets, helping Jewish fugitives escape the Holocaust, and killing the occasional Nazi when the opportunity presented itself.

However, what was most remarkable about Truus and Freddie Oversteegen was not the cool courage they displayed while putting their necks on the lines in fighting the Third Reich. Nor was it the fact that they were a sibling resistance team. While those were remarkable aspects, what actually stood out the most about them was that they did what they did while they were still teenagers. Truus was only 16 when she joined the Dutch Resistance, while Freddie was just 14 when she signed up to fight the Nazis.

The Oversteegen Sisters’ Upbringing Prepared Them for the Resistance

Truus and Freddie Oversteegen were born into a left wing working class family, and grew up in an industrial district north of Amsterdam known as the “Red Zone” for its residents’ political bent. In the 1930s, their parents actively assisted an organization known as Red Aid, which helped Jewish and political refugees escape Nazi Germany to the safety of the Netherlands and beyond. In their youth, the sisters grew accustomed to fugitives hiding in their household from Dutch police, who were likely to deport and hand them over to the Gestapo at the border. The pair were thus already antifascist long before the Germans conquered the Netherlands in 1940, when Truus was 16 years old and Freddie was 14.

When the Nazis began deporting the Netherlands’ Jews, the occupied country’s communists and socialists came together in February of 1941 to lead a massive strike in protest. It was one of the few successful nationwide protests against the Germans. The Nazis responded by ramping up their repression and brutality in order to cow the occupied Dutch into obedience and toeing the line. The occupiers’ repression further alienated even more Dutch people, and drove them into the arms of the resistance.

By then, the Oversteegen sisters’ parents had divorced. Their father, an activist committed to political causes but not committed as much to family obligations, hardly brought in any money, and had the family living on a moored ship. His wife eventually got fed up, left, took the girls with her, and filed for divorce. As Freddie recalled decades later, it was not an acrimonious divorce, and her father sang them a French farewell song from the bow of the ship as they left. The mother arranged to live in a modest apartment, in which she and her daughters slept on straw mattresses that that she had made herself.

Although the family lived in straitened financial conditions, exacerbated even further by the hardships and shortages of life under German occupation, their managed to get by. Their mother also continued the family’s tradition of harbouring fugitives from oppression, by hiding a Jewish couple in their apartment during the war. As Freddie recalled after the war, that confused her at first, because the Jewish couple were capitalists, while the Oversteegens were committed communists.

It was against that backdrop that the Dutch Resistance approached Truus and Freddie Oversteegen’s mother, and asked if she would allow her daughters to join the Council of Resistance – a resistance organization that had close ties to the Communist Party of the Netherlands. After all, who would suspect a pair of teenage girls of being members of the armed underground? Their mother consented, and the teenage sisters eagerly accepted the invitation and joined the resistance. They became the first women in their cell, which was later joined by an even more famous Dutch Resistance heroine, Hannie Schaft.

Upon joining the Dutch Resistance, the teenaged Truus and Freddie Oversteegen started off small, by distributing leaflets and illegal newspapers, and offering assistance to fugitives from the Nazi. However, things changed in the aftermath of the brutal Nazi crackdown in 1941, in retaliation for the massive Dutch workers’ strike to protest the deportation of Jews. German brutality further radicalized Truus, and spurred her and her sister to join an armed partisan fighter cell that engaged in direct action against the Nazis.

After receiving military training and learning how to operate a firearm, Truus’ early assignments included flirting with and seducing German soldiers, and leading them into the woods where they would be killed by her comrades. As Freddie described it decades later: “[Truus] was like: ‘Want to go for a stroll?’ And of course he wanted to. Then they ran into someone — which was made to seem a coincidence, but he was one of ours — and that friend said to Truus: ‘Girl, you know you’re not supposed to be here.’ They apologised, turned around, and walked away. And then shots were fired, so that man never knew what hit him. They had already dug the hole, but we weren’t allowed to be there for that part“.

Before long, Truus was putting her weapons training to good use, and shooting Germans herself. Along with her sister, she also rigged up bridges and railroad tracks with explosives for destruction. The Oversteegen girls also helped smuggle Jewish children out of the country, carried out daring missions to help some of them escape from detention centres en route to extermination centres, and even sprang some from concentration camps.

In 1943, a new member was added to their resistance cell, Hannie Schaft. A conscientious young woman with conspicuous red hair, Hannie attended the University of Amsterdam’s law school in hopes of becoming a human rights lawyer. Unfortunately, Nazi occupied Europe was a poor environment for studying or practicing human rights law. In law school, she became friends with Jewish students, which opened her eyes to the mistreatment of Jews by the occupiers. When the authorities issued a decree, requiring law students to sign a declaration of allegiance to the German occupation, Hannie refused, and was kicked out of law school. She promptly joined the resistance.

Like the Oversteegen sisters, with whom she became fast friends – particularly Truus – Hannie began her underground career with small assignments. The resistance started her off with courier work, and tasked her with stealing identity papers to help Jews – including her Jewish friends – escape the ever tightening Nazi noose. However, she wanted to do heavier lifting, and convinced the Resistance Council to train her in weapons. Before long, with the assistance of the Oversteegen sisters, she was carrying out attacks against German occupiers, Dutch Nazis, traitors, and collaborators. Hannie also learned how to speak German fluently, and got involved with German officials and soldiers, seducing information out of them and passing it on to the resistance.

Hannie’s conscientiousness, however, prevented her from unquestioning obedience and accepting all tasks given her by the resistance. Among the assignments she turned down was the kidnapping of a Nazi official’s children. If things went wrong, the children would have had to be killed to keep them from identifying the resistance members with whom they had come in contact, and killing children was a step too far for Hannie.

Life as armed partisans was a difficult row to hoe for the Oversteegen sisters, full of dangers and marked by tragedy as often as success. Early on, Truus, who had undertaken numerous missions to help Jews escape the Nazis’ clutches, was present at a failed rescue mission of Jewish children that ended with the fugitives caught in searchlights in an open field, where most were mown down with machineguns. Before the war was over, many of her Resistance comrades were arrested and executed.

Among them was Truus’ best friend, Hannie Schaft. When the redheaded resistance heroine was seen at the site of an assassination, the issued an all points bulletin, alerting their forces and security personnel to be on the lookout for “the girl with the red hair”, who was placed on the Nazis’ most wanted list. Dyeing her hair black to hide her identity, Hannie continued her resistance work, until she was arrested at a checkpoint while distributing an illegal newspaper. After a series of brutal interrogations and tortures, she was executed on April 17th, 1945, just weeks before the war ended. Reportedly, her killers’ first fusillade only wounded her, so she taunted them “I shoot better than you“, before they managed to finish her off.

Suspicion was rife that Truus’ and other left wing cells had been deliberately betrayed by right wing members of the resistance, who had been backwards in the actual fight, but came forward at the hour of liberation to claim the lion’s share of the credit. Notwithstanding the setbacks and daily dangers, Truus and Freddie Oversteegen courageously soldiered on and kept up the fight, evading capture despite sizable rewards that were placed on their heads.

After the war, Truus put down her arms, and went about settling down and raising a family. She married Piet Menger in November of 1945, and the couple had four children. She named the oldest after her martyred comrade, Hannie Schaft. Truus made a name for herself as a respected artist and sculptress, and as a public speaker about war, antisemitism, and tolerance. In 1967, Yad Vashem, Israel’s official memorial to the Holocaust, designated her as one of the Righteous Among Nations – an honorific for non Jews who risked their lives during the Holocaust to save Jews from the Nazis. In 1982, she wrote a memoir about her wartime experiences, When Not, Now Not, Never. Truus Menger-Oversteegen died on June 18th, 2016.

Like Truus, her sister Freddie put down her arms after the war, and beating swords into ploughshares, settled down and raised a family. She married Jan Dekker, and the couple had three children. When her sister established the Hannie Schaft Foundation, Freddie served on its board. In recognition of their wartime exploits, the Oversteegen sisters were awarded their country’s Mobilisation War Cross in 2014. Freddie died on September 5th, 2018, one day shy of her ninety third birthday.

OMG Facts – The Sisters Who Fought Nazis by Seducing Them