When America Actually Trusted the Media 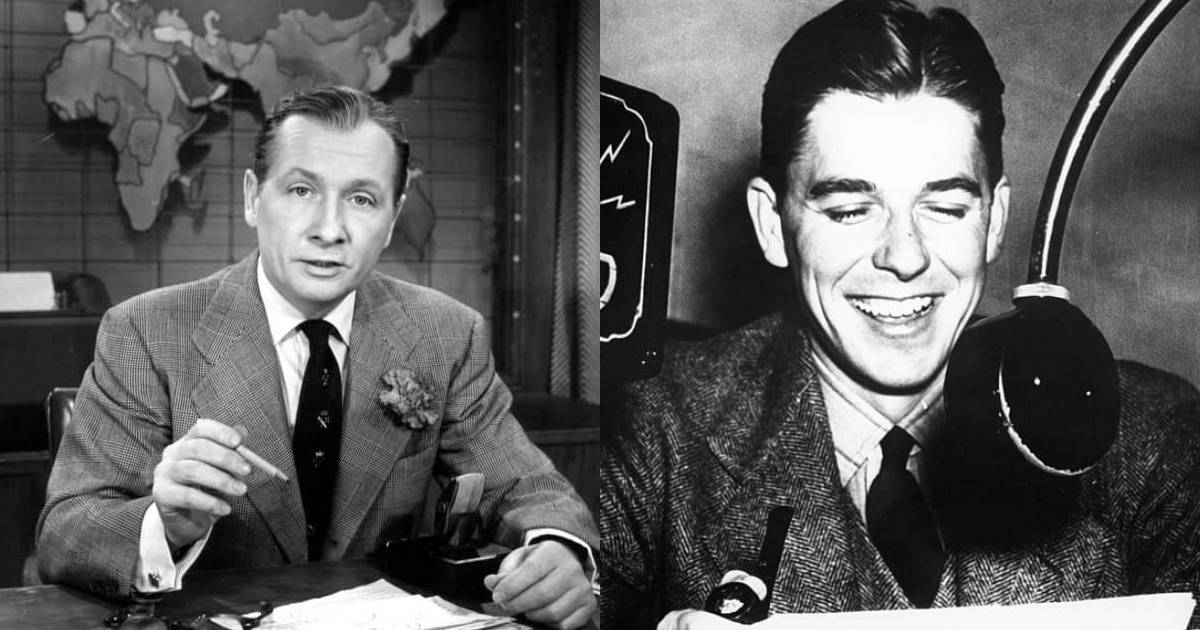 When America Actually Trusted the Media

19. Agnew led a direct attack on the American media during the first Nixon Administration

Under Agnew, and with the support of senior Nixon Administration officials, the American news media came under attack as it never had before. Agnew referred to the media as a “small and unelected elite”. According to the Vice-president it was up to the media moguls to decide, “â€¦what forty-to fifty million Americans will learn of the day’s events in the nation and the world”. In Agnew’s estimation, what they chose to present in their printed pages and televised broadcasts was decidedly un-American. Agnew defined what he called a “credibility gap” opening between the “the national news media and the American people”. The Nixon Administration did far more than just deride the media in speeches and press essays. Journalists had their White House press credentials pulled in response to what the President felt was negative coverage.

Some journalists found themselves suddenly the target of continuing Internal Revenue Service audits and investigations. The White House tapped phone lines, including for calls not made to the offices of the administration. Agnew’s attacks rang a bell with conservatives, especially those who continued to support the war in Vietnam and opposed the changes over Civil Rights and desegregation. In 1973, after Nixon and Agnew had won a second term in a landslide, Agnew was revealed to have accepted bribes and kickbacks from contractors while in office as governor of Maryland. He also evaded federal taxes on the money. By then, Nixon was embroiled in the Watergate Scandal. Agnew resigned as Vice-president and pleaded guilty to tax evasion in a plea deal. Nixon later claimed that Agnew had been hounded from office by a vengeance driven media. In a 1980 memoir, Agnew claimed the White House “coerced” him into resigning.

20. Americans’ trust or distrust of the media depends on their political views

Since the scandals of the Nixon Administration many other have plagued the federal government. There were the Abscam Scandal, the arms for hostages scandal (Iran-Contra), the 1980s Savings and Loans crisis, the Whitewater Investigation, and many more. The media covered them all, and since the emergence of the 24-hour news cycle in the 1980s in great detail. Still, whether that coverage has been trusted by the people has depended in large part on individual political orientation. Just as it has since the first press attacks during the Washington Administration, a large body of Americans trusts the media when they are told what they want to hear. When they are not, the media is labeled as biased, likely to provide slanted, or even blatantly false information, based on their own political positions and beliefs.

To firm conservatives, the American media is hopelessly biased towards liberals and socialism. To far left supporters, the media is conservative and supportive of authoritarianism. Neither side trusts the media outlets they have determined are aligned with the other. Americans no longer obtain their news from trusted sources such as Walter Cronkite, or professional journalists. Instead, the bulk of their “knowledge” comes from entertainers, trained in fields other than journalism. Or, it comes from social media, repetition of unverified claims which gain momentum through internet sites. Yet the media still fares better than Congress when it comes to public trust. In a 2016 Pew Research poll, about 24% of respondents said they trusted national news organizations either “not too much” or “not at all”. In the same poll, 69% expressed distrust of Congress.

“American newspapers during ratification, 1787-1788”. Article, Center for the Study of the American Constitution. University of Wisconsin-Madison. Online

“About Gazette of the United States”. Article, Chronicling America. Library of Congress, Online

“US Diplomacy and Yellow Journalism, 1895-98”. Article, Office of the Historian, US Department of State. Media Online

“When the Revolution was Televised”. Alexis C. Madrigal, The Atlantic. April 1, 2018