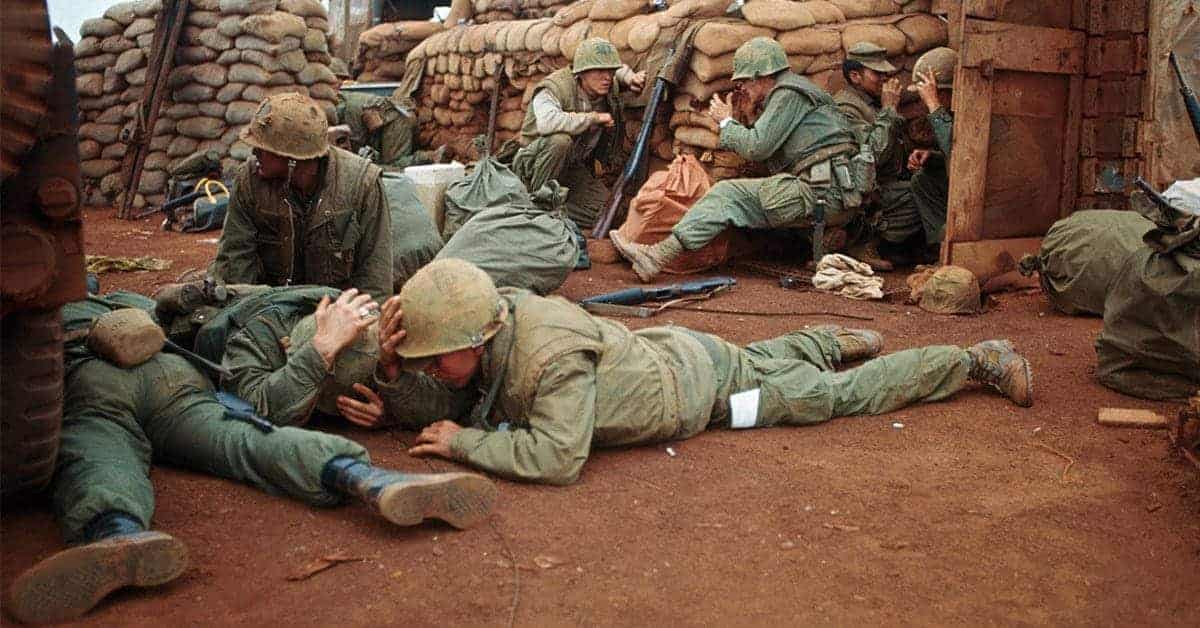 The Tet Offensive was one of the largest military campaigns of the Vietnam War, launched on January 30, 1968, by forces of the Viet Cong and North Vietnamese People’s Army of Vietnam against the South Vietnamese Army of the Republic of Vietnam, the United States Armed Forces, and their allies. It was a campaign of surprise attacks against military and civilian command and control centers throughout South Vietnam. The attacks began on the holiday Tet, the Vietnamese New Year.

The offensive saw more than 80,000 North Vietnamese troops attacking more than 100 towns and cities, including 36 of 44 provincial capitals, five of six autonomous cities, and 72 of 246 district towns. The Tet Offensive was the largest military operation conducted by either side up to that point in the war.

The surprise of the attacks caused the US and South Vietnamese armies to temporarily lose control of several cities. They were able to quickly regroup, counterattack, and inflict heavy casualties on North Vietnamese forces.

During the Battle of Hue, the fighting lasted over a month and the city was destroyed. During the occupation, the North Vietnamese forces executed thousands of people in the Massacre of Hue. Around the US combat base at Khe Sanh fighting continued for two more months.

Although the offensive was a military defeat for North Vietnam, it had a profound effect on the US government and shocked to American public, which had been led to believe that The North Vietnamese were being defeated and were incapable of launching such a large scale attack. The Johnson administration was no longer capable of convincing anybody that Vietnam War was a major defeat for the communists.

1968 became the deadliest year of the war for US forces with 16,592 soldiers killed. On February 23 the U.S. Selective Service System announced a new draft call for 48,000 men, the second largest of the war.

Walter Cronkite stated during a news broadcast on February 27, “We have been too often disappointed by the optimism of the American leaders, both in Vietnam and Washington, to have faith any longer in the silver linings they find in the darkest clouds” and added that, “we are mired in a stalemate that could only be ended by negotiation, not victory.”

University Of Virginia – Lyndon B. Johnson and The Vietnam War

Time Magazine – The Massacre of Hue

The Conversation – LBJ’s Decision to Go to War in Vietnam

History Collection – 10 Misconceptions About the War in Vietnam