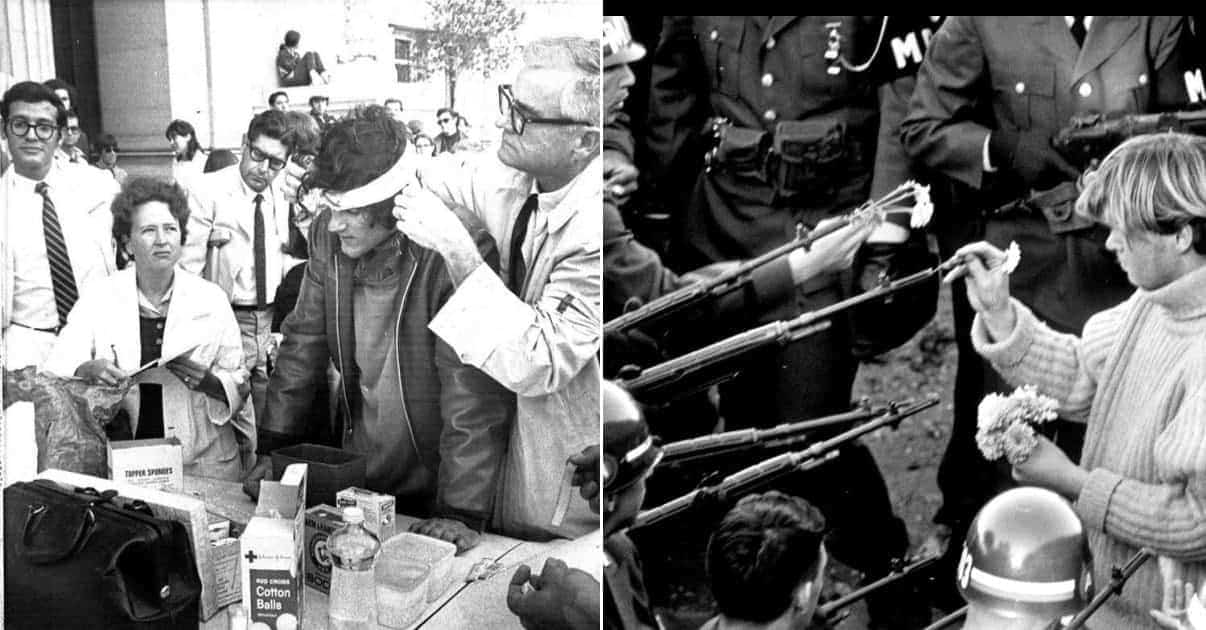 The history of protest is a long and complicated one. As long as there have been groups of people who speak the same language and could unite in a common cause, the ability to organize has been an effective tool for political and social change. In the middle of the twentieth century, wide movements of protest were in the air. People began organizing and marching in civil rights movements involving African-Americans, women, and Chicanos, and students on college campuses became more organized.

In the middle of the 1960s, protestors realized that they could use their power of organization to affect foreign policy, and another social movement emerged. The Peace Movement began in the middle of the 1960s opposing the involvement of the United States in the Vietnam War, and many members of the civil rights movements supported the end of the war, turning the opposition to the end of the war into a global movement.

The media played a significant role in opposition to the Vietnam War in the United States. Images and video of the devastation and brutality of both sides of the war were readily available to the public, and they were ammunition for the movement. Supporters for the end of the war used signs, most often for shock value. Some protests took place in front of draft offices, where protestors burned their draft cards and the police often had to escort and protect those who were appearing for their conscription or voluntary military service. Despite organizing for peace, some of the protests became violent, ending in the opposite of what they intended. Protesters clashed with police, and in some cases, the police used brutal force. These images tell the story of some of the protests, and they remind us that the peace movement wasn’t always peaceful.