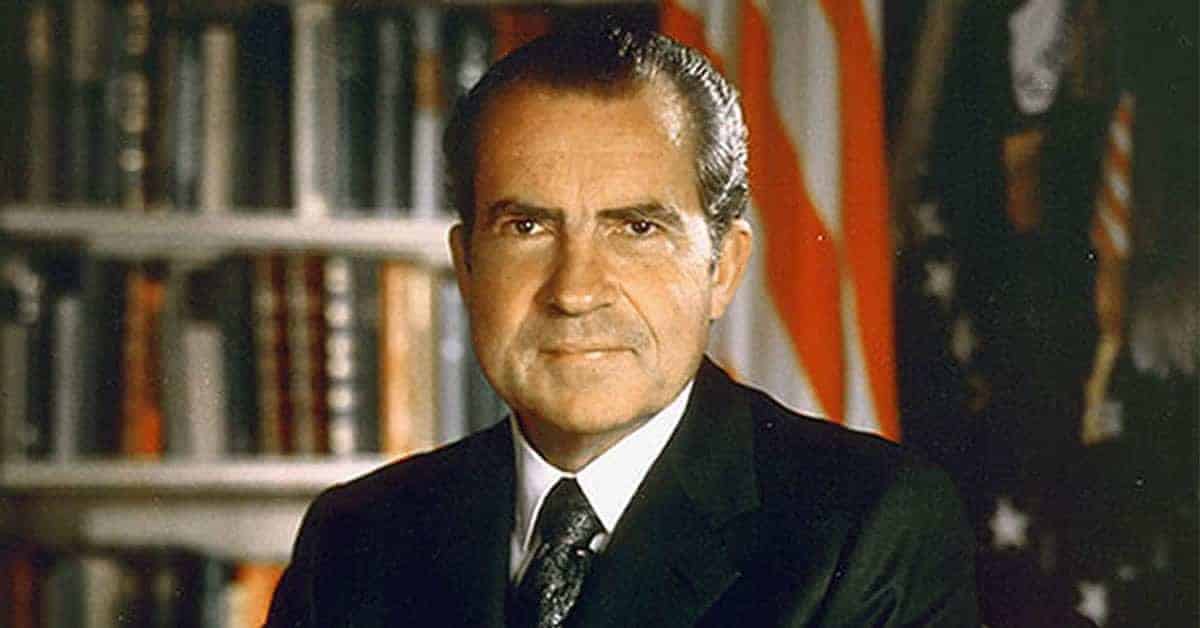 Throughout American History, there have been many contentious times. For many today, it would seem like we’re living through the most contentious times in our history right now, but that might not be true. The Vietnam War became very unpopular by the time the 1970s rolled around.

The gradual disinterest and disagreement with the war efforts in Vietnam became a festering wound on American culture as more and more people became disillusioned with the leaders of the country, even as those same leaders seemed to double down on what seemed to be a losing effort.

By the time President Richard Nixon took office in 1969, most Americans wanted out of the war in Vietnam. Protests, often becoming violent, were common, and it seemed obvious to most people that the goals of the US were not being met. People who were against the war most often wondered what the US was fighting for or more accurately, what were the US forces dying for?

Historian Thurstan Clarke writes, “In 1968, America was a wounded nation. The wounds were moral ones; the Vietnam War and three summers of inner-city riots had inflicted them on the national soul, challenging Americans’ belief that they were a uniquely noble and honorable people.”

While the American public became more and more disillusioned with the Vietnam War, the politicians who led America spent more and more time defending the war effort (also defending their decisions to continue fighting what most Americans considered to be a losing effort).

The question that historians have been asking for the last half-century, or so, is why the US was so invested in continuing the fighting in Vietnam. In order to answer that question, one has to ask the question of why the US participated in the war in the first place.

The answer is that it has to do with Communism and the United States’ fear that if Vietnam and Southern Asia fell to Russian-influenced Communism, more and more nations would follow. This is what was known as the Domino Theory, which was first proposed by Dwight D. Eisenhower in 1954.

It was a policy the US Government adhered to until the end of US participation in the Vietnam War in the early 1970s. It was a highly controversial policy, as there was no evidence that it would come to pass if the Vietnam war was lost. In fact, many argued that it was highly unlikely that outside of a few very small countries any other Asian countries would fall to communism due to Soviet influence.

Fear of Communism and Soviet influence in World Politics and trade is what drove the United States to continue their efforts in Vietnam, plain and simple. If it weren’t for Communism, the US would have played no role in the Vietnamese Civil War.

Throughout his first term in office, Richard Nixon was convinced that the war in Vietnam was winnable if only the US put forth enough effort and resources. This led to several escalations in bombing and troop deployments between 1969 and January 1972. That said, he also believed that the war should be placed back into Vietnamese hands and that the US should take on a supporting role in the war.

This, as you might expect, drew a lot of outcry from people who opposed the war. Protests became more and more frequent, and Americans became insistent the US begin to extract themselves militarily from Vietnam. To go along with all of this, the media that followed the anti-war movement grew and grew along side it, creating a media frenzy that snowballed, making it seem like almost all Americans opposed the war effort.

But how many truly did oppose the United States’ efforts in Vietnam in the early 1970s? We’ve seen some poll numbers from the late 60s, where just over 50 percent of Americans disapproved of US participation in the war, but what about after that? In January of 1970, the number held true at around 52 percent. In January 1971, that number had risen to 59 percent, and in January 1973 it was 60 percent.

So, while those numbers do indicate that a majority of Americans had a negative opinion of the war, there was still a significant number of Americans who held a different opinion.

Richard Nixon suggested that there was yet another group of Americans out there. With the majority of the media covering the anti-war protests, it was very difficult for people to understand how the Nixon administration could support any type of escalation in the war. The polls showed two groups of people, those who opposed the war, and those who supported it, with the latter almost continually shrinking.

Nixon suggested that there was a third group of people out there that he dubbed “The Silent Majority,” that supported the war but did not express their opinions in such a public fashion, as protesters were wont to do. The term had been used before, as we’ll discuss down below.

In November of 1969, Richard Nixon took his seat in the Oval Office and gave one of the most frank speeches ever given by an American President. Say what you will about Nixon (especially how his time in office ended), but you can’t really say in this case that he held back in any way.

The speech consisted of around 4500 words and lasted about a half-hour (if the recordings on YouTube are accurate). In the speech, he laid out how after taking office he had pressed for peace in several different ways. He even went so far as to read aloud a letter he had sent in secret to Ho Chi Minh.

After laying out the state of the war at the time of the speech, Nixon went on to re-outline the Nixon Doctrine, which was his plan to end the war no matter the result of negotiations (which had been taking place in Paris off and on for several years).