Treason! 12 of History's Most Notorious Traitors From Ancient Times to the 20th Century 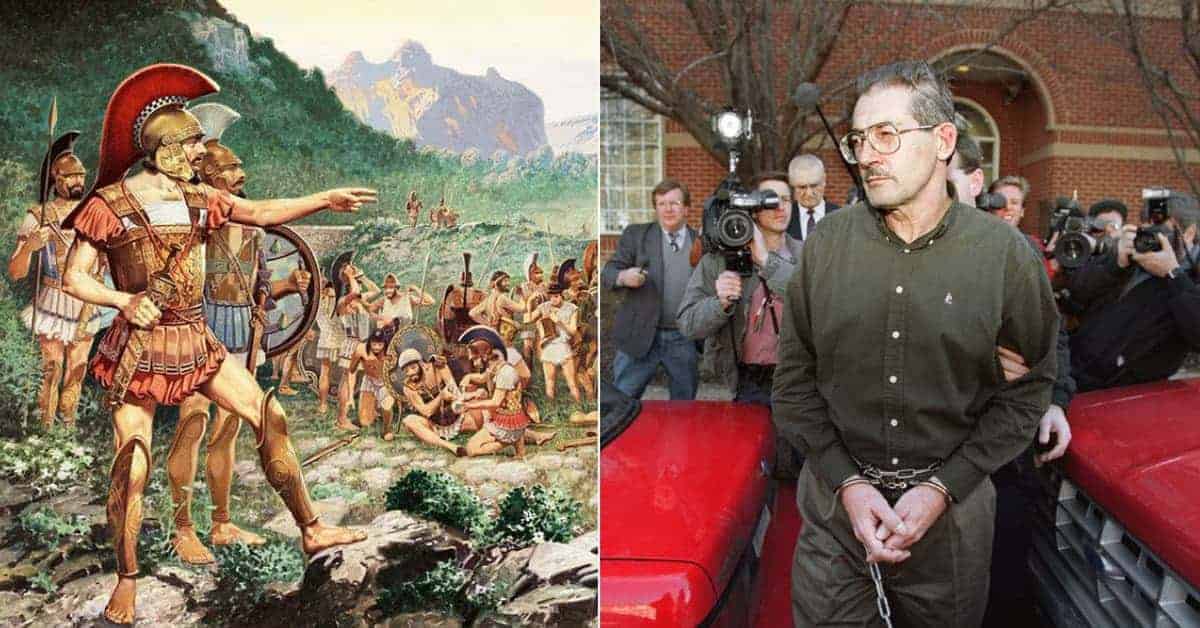 Treason! 12 of History’s Most Notorious Traitors From Ancient Times to the 20th Century

Known as “The Blond Ghost” or “Blond Poison“, Stella Kubler (1922 – 1994), nee Goldschlag, was born and raised as the only child of an assimilated middle-class Jewish family in Berlin, and was treated like a princess by overprotective parents. Her family was well off, but not as affluent as other Jewish families with whose children she attended school. During WWII, she became infamous for collaborating with the Gestapo to track down and denounce Jews hiding from the Nazis.

Stella had herself gone into hiding using forged IDs listing her as Aryan, which she was able to pull off due to a blue-eyed and blond-haired Aryan appearance. However, she was denounced to the Gestapo four months later by a “Jew Catcher” – a Jew working for the Gestapo to find other Jews in hiding. Her boyfriend and later-husband offered the Nazis his services, bragging that he could “assemble an entire train” of Jewish deportees, and soon the couple were working together as Catchers, collecting 300 Reichsmarks for every Jew they turned in, and a promise to spare Stella’s parents. Having themselves lived in hiding, the couple had an instinct for where to look. Stella in particular, because she knew many of Berlin Jews from her years in a segregated Jewish school, was highly effective.

While the decision to become a Catcher might not have been of her own free will, how she exercised what freedom of choice she had while working as a Catcher was entirely within her control. She pursued hidden Jews with tremendous zeal and inventiveness, and even after their arrest, when her job as a Catcher was presumably over, she enthusiastically participated in the beating, torture, and humiliation of Jewish prisoners.

Despite her services, the Nazis broke their promises and deported Stella’s parents to their death in a camp, and her husband and his family were sent to Auschwitz in 1943. She then met and married her second husband, another Jew Catcher, and kept working enthusiastically for the Gestapo. Betting on a German victory, she obtained a promise from a high-ranking Gestapo official in 1944 that she would get declared an Aryan after the war.

During her career as a Jew Catcher, Stella was responsible for the arrest and subsequent murder of hundreds of Jews, with the total number of her victims ranging from at least 600 to possibly as high as 3000, including many of her personal friends, former schoolmates and their families, and even some of her own relatives. She got off light: captured by the Soviets, she was sentenced to 10 years imprisonment. After her release, she moved to West Berlin, where she has tried again and sentenced to 10 years but served none of them. She then converted to Christianity and became a lifelong anti-semite until her death in 1994, when she committed suicide by jumping out the window of her Berlin apartment.

Yisrael Bar, or Israel Beer (1912 – 1966), was an Austrian-born Israeli officer who rose to prominence as an expert on Israeli military history. That expertise secured him a high-ranking position in the Israeli Ministry of Defense, which commissioned him to write a book on the Israeli War of Independence, and also won him a place within the inner circle of Israeli prime minister David Ben Gurion, whose trusted confidant and advisor he became.

Bar arrived in Palestine in the late 1930s with an impressive martial resume, having graduated from the Austrian military academy, served as a commissioned officer in the Austrian army, then went on to fight in the Spanish Civil War with the International Brigades, where he was known by the nom de guerre “Colonel Jose Gregorio”. And between his martial exploits, he found the time to get a doctorate in literature from the University of Vienna.

His CV was all bunk, and the real Yisrael Bar had died many years earlier. His rapid rise to prominence highlighted the difficulty Israeli intelligence had during a period of mass immigration in spotting infiltrators. In reality, Bar was a Soviet spy and not even a Jew: supposedly a man of the sword and letters, urbane and Hollywood handsome to boot, Bar cut a swath through Israeli society and Tel Aviv’s nightlife as a ladies’ man. Unfortunately, it took a long time before the fact that he was uncircumcised raised suspicions.

In the meantime, Bar took advantage of his access to Israeli secrets and Israel’s prime minister, whose diary he raided to not only photocopy but to tear out entire pages from and pass on to his handlers. It was not until 1961 when he was caught delivering a briefcase stuffed with sensitive materials to the KGB, that the deception fell apart. He never revealed his true identity during interrogations following his arrest. Tried and convicted of espionage, he was sentenced to jail, where he died in 1966, taking the secret of his identity to his grave.

Aldrich Ames (1941 – ) was a Central Intelligence Agency (CIA) official who rose to high rank within the agency’s Soviet and East European division, which afforded him access to Soviet counterintelligence. He turned traitor and sold his services to the Soviet KGB as a deep mole within their enemy’s camp, and became one of the Soviet Union’s, and later Russia’s, most effective double agents in the US.

The son of a CIA analyst, Ames’ connections paved the way for his joining the CIA in 1962. Notwithstanding heavy drinking, alcohol-related problems that included drunken run-ins with the police and drunken brawls in public with foreign diplomats, as well as sloppiness that once led him to forget secret documents in an NYC subway car, he rose steadily through the CIA’s ranks.

After a stint in Turkey recruiting Soviet spies in the 1960s, he returned to the US in the 1970s, before getting posted to Mexico in the early 1980s, where he met his second wife, a Colombian whom he had recruited. They wed in 1985, and that same year, the couple began selling secrets to the KGB.

During their run of treason, which lasted until they were finally unmasked in 1994, Ames and his wife were paid over $2.7 million by the Soviets, and after 1991, the Russians. There were warning signs, including conspicuous consumption and extravagant spending on things ranging from a big $520,000 house paid for in cash, luxury vacations, premium credit cards whose minimum monthly payment exceeded his salary, and luxury cars that stood out in the CIA’s parking lot – things that no honest public servant could afford on government pay. However, no alarm bells were raised for years, and when they were, it took years more, until 1993, before his employers took a serious look at his finances and activities.

In the meantime, Ames had passed two polygraphs while he was spying. He needed no high tech means or complicated Oceans Eleven type capers to smuggle out secrets: he simply stuffed whatever documents he wanted to give his KGB and FSB handlers in his briefcase or in trash bags, and brazenly carried them out of the CIA headquarters at the end of the workday, with nobody questioning him.

As a result of Ames’ treachery, at least 12 CIA spies within the Soviet Union were captured, 10 of them subsequently executed. By the time he was finally unmasked, Ames and his wife had revealed to the Soviets and Russians the identity of every CIA spy operating in their country. After he was arrested in 1994, he cut a deal with prosecutors that spared him the death penalty and ensured that his wife got no more than a five-year sentence. He is currently serving a life sentence without the possibility of parole.

Sadler, John – Spy of the Century: Alfred Redl and the Betrayal of Austria-Hungary

The Poisonous Blonde of Berlin: The Controversial Stella Goldschlag Story – The Jerusalem Post

“Et Tu, Brute?” 6 of the Most Notorious Traitors in History – History Collection