This Day In History: The Spanish Civil War Began (1936) 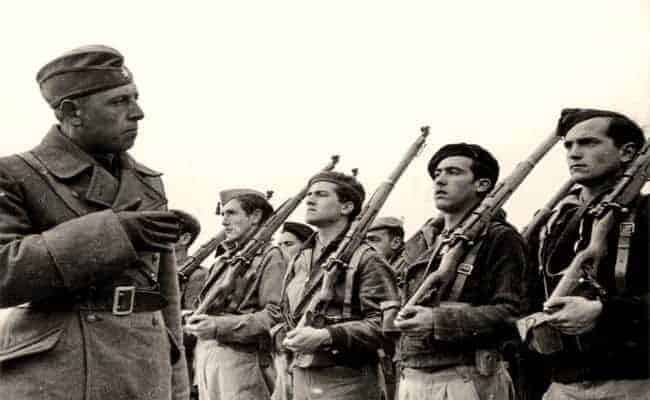 This Day In History: The Spanish Civil War Began (1936)

From the Canary Islands, General Francisco Franco broadcasts a message calling for all army officers to join the uprising, no matter where they were stationed. They had to overthrow the current government as it was following communist orders from Moscow. The Spanish army easily secured control of the Canary Islands and then Morocco. They also were able to seize key areas in Spain. However, just when it seemed that Franco and his generals would seize all of Spain the government launched a counter-attack. It had a lot of support from the populace, especially in the big cities. They were able to repress the military mutineers in Madrid and elsewhere. They also had the support of the Basque and Catalan regional governments.

Meanwhile, Franco flew to Morocco and prepared to bring the Army of Africa over to the mainland. If he had not reinforced the military on the mainland the revolt could have been crushed. They need German airplanes as the Spanish navy refused to join the mutiny. It was seized by committees of communist leaning sailors who took over the running of the navy from the admirals and stay loyal to the left-wing government.

The first weeks of the civil war resulted in the Church, landowners, and the middle-class battling against the working class, the poor and Trade Unionists. The civil was split Spanish society-wide apart and resulted in class warfare in many areas of the country.

During the start of the military uprising the Spanish Nationalists as the army and their right-wing supporters became known as executed many left-wingers. These include the poet and playwright Lorca. The left wing government also executed many right wing sympathizers and mutinous soldiers.

The revolt by Franco and the generals had only been partially successful. They had seized many of their objectives but the left wing- government had been able to retain control over many areas of the country and held all the main cities. Franco after unifying all the Nationalist forces then turned his attention to Madrid. It would take almost three years before he would seize total control of Spain. The Spanish Civil War killed from 500,000 to one million people. It also drew in the forces of many other countries and many left wing supporters fought for the government in the famous International Brigades.

Franco and his forces eventually won the war in 1939 and they ruled Spain until 1975.