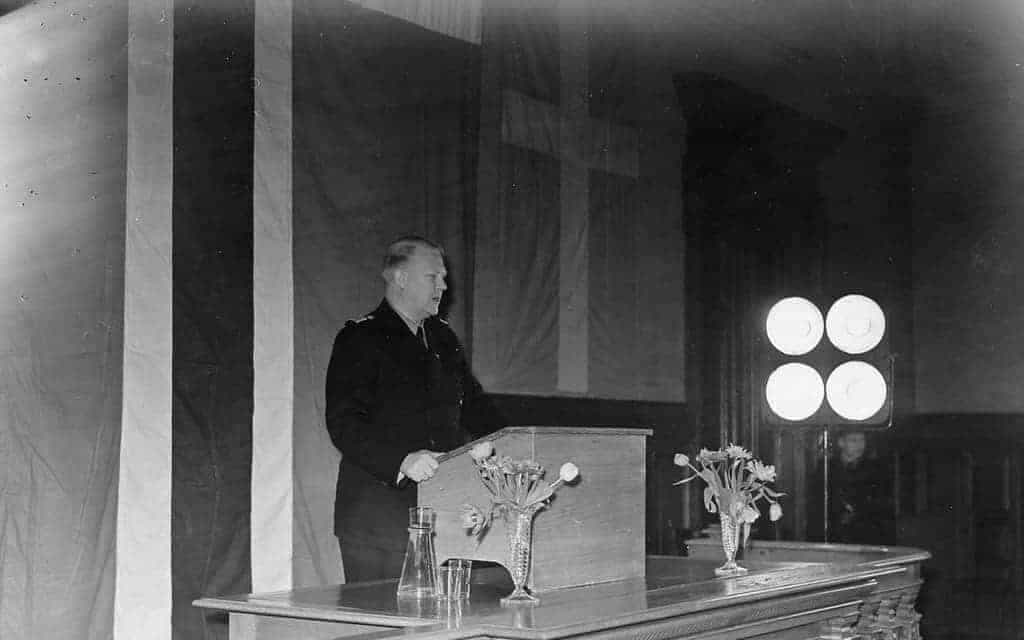 This Day In History: The Traitor Quisling Becomes The Norwegian Prime Minister (1942)

On this day, in 1942 Vidkun Quisling, is made the prime minister of Norway by the German occupiers. Quisling was appointed the leader, of his country by the Germans without a vote. He had collaborated with the Germans enthusiastically and for this, they had rewarded him with the premiership of Norway.

In April 1940, the Germans invaded Norway, they needed the country to protect their northern flank from allied attacks. One of the reasons why the Germans had been able to occupy Norway so quickly was because of the treachery of Quisling. He was a commander in the Norwegian army and he ordered units at key defensive points not to fire on the Germans. This allowed the Nazis to establish beach heads in the country without a fight. Quisling was loyal to a former cabinet minister who wanted Norway to join the Axis Powers. The vast majority of the Norwegian people wanted to join the Allies or remain neutral.

The Germans demanded the surrender of the Norwegian army but when they refused the Nazis launched an airborne invasion of the country and they conquered the country in several weeks, despite help from the British and French. The Norwegians were to endure five long years of Nazi occupation.

The most prominent Norwegian collaborator in this council was Quisling. He soon made himself indispensable to the German occupiers and supported them in any way he could. The Nazis granted Quisling dictatorial powers and he began to repress his own people. Any Norwegian who resisted the Germans risked execution. Quisling was particularly ruthless when it came to the Norwegian Resistance. Any Norwegian who attacked the German occupiers could expect to be shot or sent to a concentration camp.

In 1942, the council was turned into a government and its leader was Quisling. He was made premier of Norway on this date in 1942. As the Nazis’ power began to crumble around Europe, the Norwegian Resistance became more active. Quisling helped the Germans to maintain their control over the country even as the allies closed in on Germany. When the Red Army captured Berlin in May 1945, the army of occupation in Norway surrendered. Quisling and other leading Norwegian collaborators were arrested by the allies. He was later put on trial by the Norwegians and was found guilty of treason and other crimes and he was executed. The name Quisling has been a synonym for a traitor. The name of Quisling is still reviled to this day in Norway.