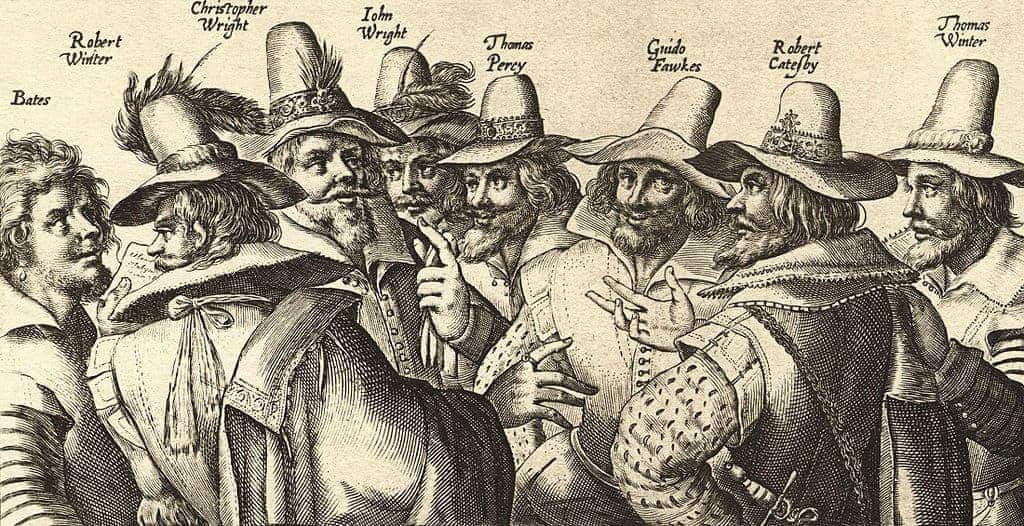 This Day In History: Guy Fawkes Cheats The Hangman (1606)

On this day in 1606, the chief conspirator in a plot to blow up the British Houses of Parliament kills himself just moments before he is about to be executed for treason. The conspirator who evaded the executioner was Guy Fawkes. He was a key player in one of the most audacious plots in British history.

Fawkes was a Catholic and he and his co-conspirators wanted England to once more become a Catholic kingdom. Henry VIII had broken with the Catholic Church and had established the Church of England. English Catholics were not allowed freedom of worship and were often persecuted. Guy Fawkes was a committed Catholic and he had served as a soldier in the Spanish Army in Flanders. Here he acquired an in-depth knowledge of gunpowder.

Here Fawkes was approached by a group that wanted to blow up the British Parliament and the new king James I. Once this was accomplished to intended to restore Catholicism in England. Fawkes was asked to become involved in the plot because of his expertise in explosives.

The conspirators rented a cellar beneath the houses of Parliament. In secret, they bought gunpowder and began to fill the cellar with barrels of the explosive substance. The plan was to explode the gunpowder when the parliament was opening. The plan was to blow up the general parliamentary session that was due to take place on November 5th 1605, when the new king would be in attendance. The night before the parliament was opened, fortunately, a Justice of the Peace discovered Guy Fawkes in the cellar. He was immediately arrested.

The evidence against him was overwhelming as he was found with almost two tons of gunpowder. Fawkes was interrogated and as was the custom of the time, he was tortured. He admitted that he was a member of a Catholic conspiracy to blow up the Houses of Parliament. The conspiracy wanted to annihilate the government and kill the monarch in order to restore Catholicism in the country.

The news of the conspiracy shocked England and a major crackdown on the Catholic community in England began. All of those involved in what became known as the ‘Gunpowder Plot’ were killed or imprisoned. Those imprisoned were later tortured to extract information from them. Some innocent Catholics were also arrested and executed or tortured. Guy Fawkes was sentenced to death along with some other conspirators. He was sentenced to be hung, drawn and quartered, a brutal way to die.

While climbing to the hanging platform, Fawkes freed himself and he jumped from the ladder and broke his neck, dying instantly. In remembrance of the Gunpowder Plot, Guy Fawkes Day is celebrated on the fifth of November across Britain. Effigies of Guy Fawkes are burned on bonfires on this night.