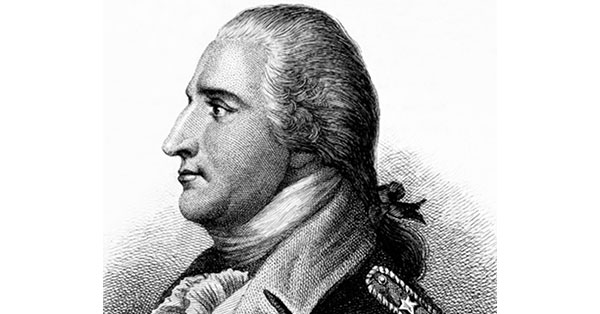 Benedict Arnold is perhaps the most famous traitor in the history of the United States (granted, the US wasn’t quite a country yet when Arnold committed his crime). Behind every traitor, however, there is a story. There is always a reason why a person turns against the people they previously identified with. Benedict Arnold is no different.

Benedict Arnold joined the Connecticut militia in March 1775 as a patriot, who hoped to bring self-governance to the colonies. Over the course of the next two years, he would flourish in the army and would achieve the rank of Colonel. By almost all accounts, Arnold was a brilliant tactician and leader, and helped the colonial army win several major battles between 1775 and 1777.

But not everything was sunshine and roses for Arnold. Even with his success, he felt that he didn’t get the proper recognition for his service. Because of this, he surrendered his commission briefly in 1777, after five more junior officers were promoted ahead of him and given higher seniority as Major Generals. Commander of the Continental Army George Washington refused to accept Arnold’s resignation and ordered him to rejoin the Army and resume his command.

During this time, there were several rumors of impropriety on the part of Benedict Arnold. In June 1778, Arnold was appointed as the military commander of Philadelphia by George Washington. While in the city, Arnold sought to increase his wealth by capitalizing on shortages or war-related supplies. Doing this, and stepping on the toes of several high-ranking politicians in Philadelphia, saw several charges of corruption brought against him. In early May 1779, Arnold demanded a Court Martial be appointed to settle the charges against him. In a letter to Washington he wrote: “Having become a cripple in the service of my country,” (Arnold had been shot twice in the same leg in different battles), “I little expected to meet [such] ungrateful returns”

It is important to note here, that while in Philadelphia, Arnold married 18-year-old Peggy Shippen, who was the daughter of a Loyalist (someone who was loyal to the Crown). She had also been previously courted by British Major John André. This would be important later.

Even before Arnold’s Court Martial hearing commenced on June 1st, 1779, he began to see the American cause as hopeless. Whether he actually thought that or was just using that as an excuse for his betrayal, is unknown. On May 9, 1779, Arnold began secret correspondence with John André.

The Court Martial, that Arnold himself requested, eventually resulted in all but two of the charges against him being dropped. Despite this, he was publicly reprimanded by George Washington for his conduct, which Washington considered “imprudent and improper.” Around this same time, Congress (which was already on Arnold’s bad side for constantly passing him by for promotion), charged Arnold 1,000 pounds for military expenses that Arnold had failed to report during an early campaign in the Revolution.

This led to Arnold resigning his military command in April 1780. It was around this time, that there was a proposal to give Arnold the command of West Point. It was this proposal that led to Benedict Arnold’s famous betrayal.

While the negotiations were taking place to give Arnold the command of West Point, he was secretly corresponding with Major John André and General Sir Henry Clinton. He offered then, should he be given command of West Point, to turn it over to the British in return for command in the British army and several thousand pounds (Arnold was in deep debt by this time due to poor business dealings and the money he had to pay Congress).

After being given the command of West Point in August of 1780, Arnold began sending information to the British regarding troop movements and supply routes. In September of 1780, the plot was exposed before Arnold could conclude negotiations with the British. He escaped custody, and would eventually take up command in the British Army. He led several campaigns against troops that he had formerly been loyal to.

After the war, Arnold left the newly formed United States (for obvious reasons) and returned to London, where he would spend most of the rest of his life.

The name Benedict Arnold has become synonymous with the term ‘traitor’. It is arguable that Arnold had good reason to defect from the Continental Army. He wasn’t always treated well by the Continental Congress, and things didn’t always go his way. On the other hand, he seemed to often expect much more recognition than he was ever likely to receive, and he also seemed very greedy, willing to use the perils of war to stuff his own coffers. In the end, his greed and his perceived grievances against the Continental Congress caused him to become one of the most infamous traitors in history.