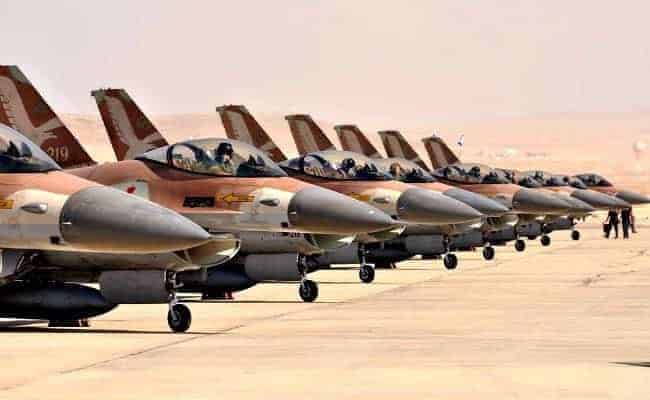 Alarmed by Saddam Hussein’s construction of the Osirak nuclear reactor on the outskirts of Baghdad, and its potential use in a weapons program that would furnish the Iraqi dictator with nuclear bombs, his enemies sought to nip the problem in the bud. In 1980, early in the Iran-Iraq War, Iranian F-4 Phantoms bombed the reactor, but inflicted minimal damage that did little to derail the Iraqi nuclear program. Israel, also threatened by the prospect of nuclear weapons in the hands of Saddam Hussein, made its own plans to take out the reactor.

In preparation for the raid, Israeli pilots studied the power plant’s plans, paying special attention to the reactor building that housed the nuclear core. The most obvious route would have been a straight line from Israel to the reactor, but that would have crossed Jordan, whose radar stations would have detected airplanes approaching from the west. Taking a long curved route farther to the south was another possibility, but American AWACS planes operating from Saudi Arabia could have detected unusual aerial activity.

A third and risky alternative, which was followed, was to fly low, under the radar, while weaving a path between Jordanian and Saudi radar installations. On June 7, 1981, a flight of Israeli warplanes, comprised of bomb-carrying F-16s escorted by F-15s for fighter protection, took off for the Osirak reactor. At some point, the raiders were picked by a Jordanian radar and challenged by ground control, but an Israeli pilot, speaking in Arabic, convinced them that they were Jordanian planes on a training mission.

After 80 minutes in the air, the raiders approached their target and prepared to strike. The F-15s peeled off to provide fighter cover if needed, while the F-16s climbed before diving into the attack. The first F-16 bombs found their mark, as did those of all the following raiders. In less than two minutes, the Osirak reactor was completely destroyed. Israel insists that the pilots dropped simple iron bombs, but the accuracy with which the reactor was hit has led to speculation that the Israeli airplanes had deployed an early generation of smart bombs. Their mission successfully completed, the Israeli airplanes took a direct high speed back home.