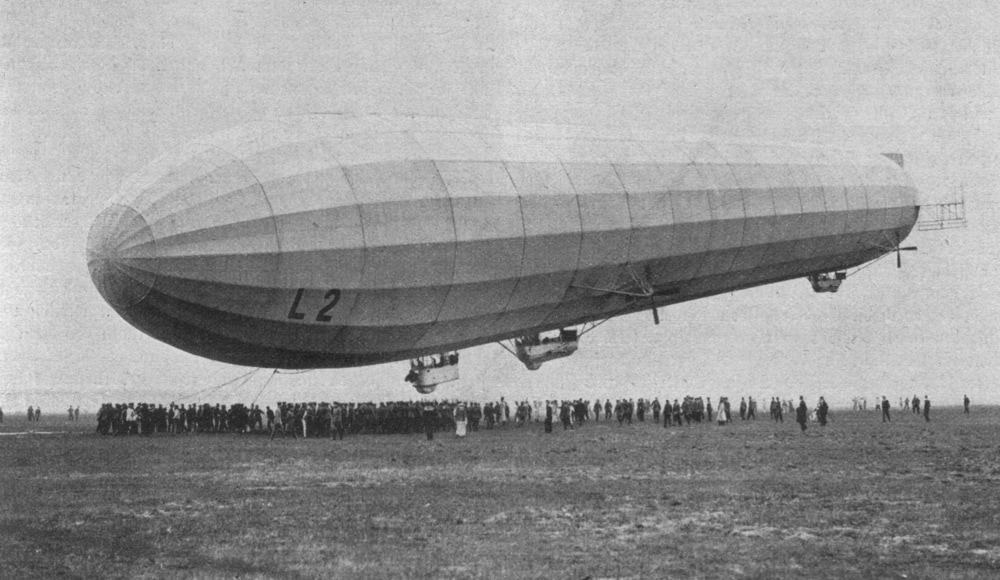 This day during World War One, on September the 8th 1915, a German Zeppelin (airship) commanded by Heinrich Mathy, one of the most famous airship commanders of World War I, launched a raid on London. The raid killed some 22 people and wounded more and caused £500,000 worth of damage, millions in today’s money.The Zeppelin, was a motor-driven rigid airship. It was first developed by German inventor Ferdinand Graf von Zeppelin in 1900. This was not the first airship, previously a Frenchman had produced a working airship that had actually flown. However, Von Zeppelin’s design was a great improvement on the previous effort.

The Von Zeppelin airship had a steel framework and it was much bigger than any other airship built at the time. The airship was a huge hydrogen balloon that was piloted by the airship crew. The size of the ship meant that it had to use flammable hydrogen gas rather than helium gas, which is not and this made them very vulnerable.

The Germans terrorised many British towns and cities with the Zeppelin over the course of 1915 and 1916. The first Zeppelin attack on London was in May 1915 and it resulted in over a hundred casualties, some thirty of these were deaths. By May 1916, the Germans Zeppelin raid s had killed a total of 550 Britons. The Zeppelin’s could not carry significant bomb loads as the did not have the power and capacity to carry significant loads of explosives across the North Sea. If they could the devastation and the casualties would have been even greater.

Mathy, born in 1883 in Mannheim, Germany. Flying his famed airship L13 on September 8, 1915, was the commander of many successful raids. , Mathy dropped his bombs on the Aldersgate area of central London, causing panic in the British capital.

In 1916, Mathy was given command of a new Zeppelin, the L31 and stepped up his raids on London. In August 1916 he was forced to crash land after a raid on England. After this, the British shot down a Zeppelin with incendiary bullets. These were bullets that exploded in a small ball of fire when they hit their target and when they hit the airships they caused the hydrogen balloon to explode.

“It is only a question of time before we join the rest. Everyone admits that they feel it. Our nerves are ruined by mistreatment’ He believed that morale among the Zeppelin crews had plummeted and that they all believed that they had all become haunted by visions of burning airships”

His words proved to be prophetic. He and his Zeppelin was shot down during a raid on London in October 1916. His body was later recovered and he is buried in a cemetery that was constructed for the burial of Germans who died in Britain during the two world wars.