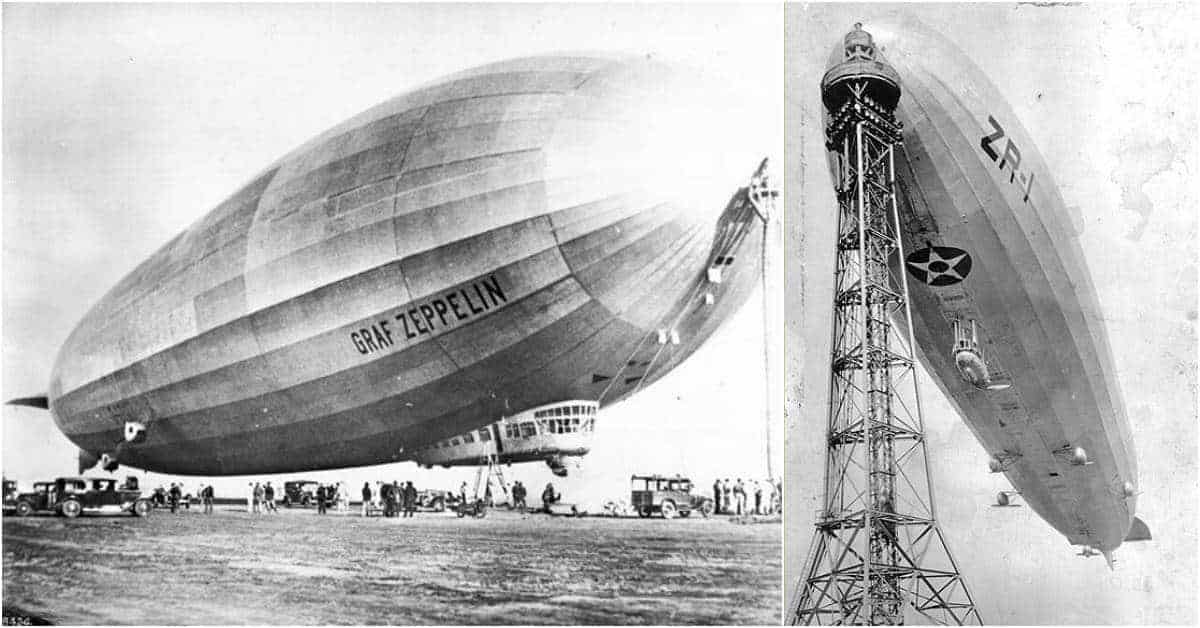 A Zeppelin was a rigid airship named after the German Count Ferdinand Von Zeppelin who pioneered the development of the airships at the beginning of the 20 century. Zeppelin conceived of the plans in 1874 and developed them in detail in 1893. The designs were patented in Germany in 1895 and in the United States in 1899.

Zeppelins were first flown commercially in 1910 by Deutsche Luftschiffahrts-AG, the world’s first airline in revenue service.

During World War I, the German military made extensive use of Zeppelins as bombers and on reconnaissance missions, killing over 500 people in bombing raids in Britain. The defeat of Germany in 1918 hindered the airship business. All German ships had to be surrendered under the terms of the Treaty of Versailles, which also prohibited Germany from building large airships. One exception was made which allowed the construction of one airship for the US Navy. In 1926 the restrictions on airship construction were lifted and construction began on the famed Graf Zeppelin.

During the 1930s the airships Graf Zeppelin and the Hindenburg operated regular transatlantic flights from Germany to North America and Brazil. The Art Deco spire of the Empire State Building was originally designed to serve as a mooring mast for Zeppelins but it was found that the high winds made this impossible.

On May 6, 1937, while landing in Lakehurst, NJ after a transatlantic flight, the tail of the famed Hindenburg caught fire. Within seconds the Zeppelin burst into flame, killing 35 of the 97 people on board. The investigation into the accident found that static electricity ignited the hydrogen which had leaked from the gasbags.

The Graf Zeppelin retired one month after the Hindenburg wreck and was turned into a museum.