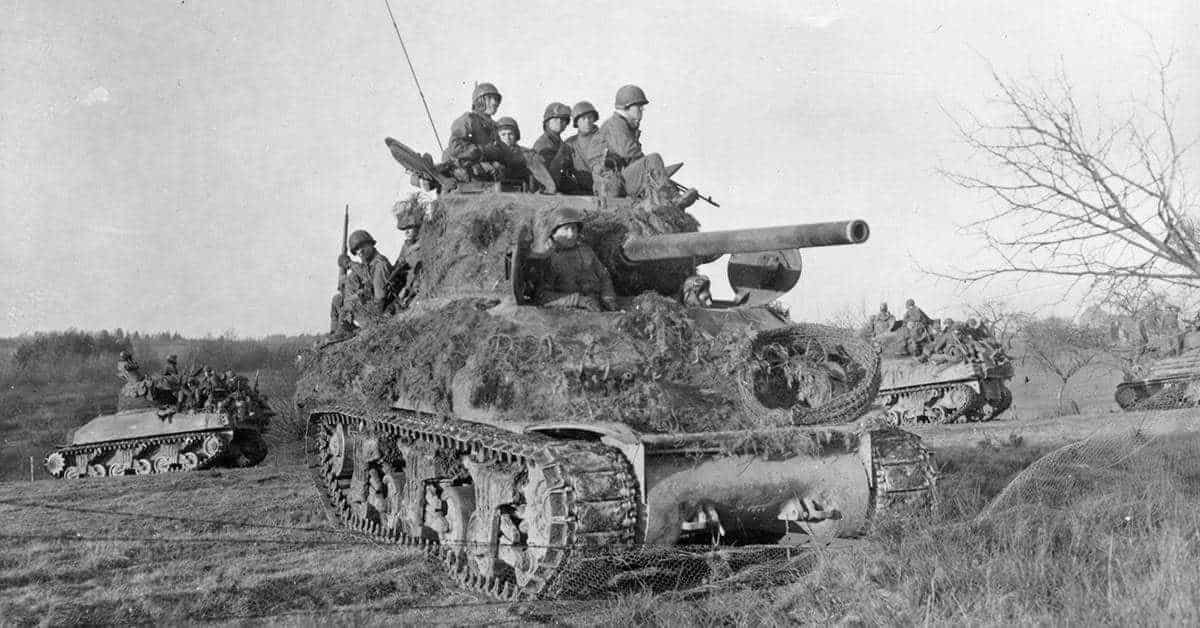 The Cromwell was the first British tank that combined decent armored protection with high speed, powered by a reliable Rolls Royce Meteor engine. By 1943, a new British tank was needed to handle the new Tigers and Panthers, but the Cromwell’s turret could not accommodate the best available gun for destroying those panzers, the 77mm dual-purpose high velocity (HV) gun, and had to settle for an inadequate medium gun.

Thus, the A34 Cruiser Tank Comet Mark I, Britain’s second-best tank of the war and its deadliest against enemy armor, which was essentially an upgraded Cromwell. It was built on a modified Cromwell chassis with a larger turret ring for a wider and bigger turret that could accommodate the 77mm HV gun. That gun was lethal against Panthers, the Comet’s German equivalent, and at most ranges, against Tigers as well. It was also superior to the Panther’s 75mm gun.

Entering service in 1944, the Comet’s superiority over the Panther was not limited to firepower. While the Panther had thicker armor, was roomier, and carried more ammunition, the Comet had a lower profile and was mechanically sounder, with a Rolls Royce Meteor engine – a conversion of the Merlin engine that powered P-51s and Spitfires – that was far more reliable than the Panther’s Maybach engine.

The Comet’s Christie suspension system was also more durable than the Panther’s, and weighing 11 tons less while powered by an engine that produced equivalent horsepower, had a better power-to-weight ratio that gave the Comet greater acceleration and made it 6 m.p.h. faster. Comets continued in British service until 1958, and with other militaries until well into the 1980s. The Comet led directly to the development of the Centurion, Britain’s primary tank of the post-WWII era.