This Day In History: Riots In East Berlin Are Crushed By Soviet Tanks (1953) 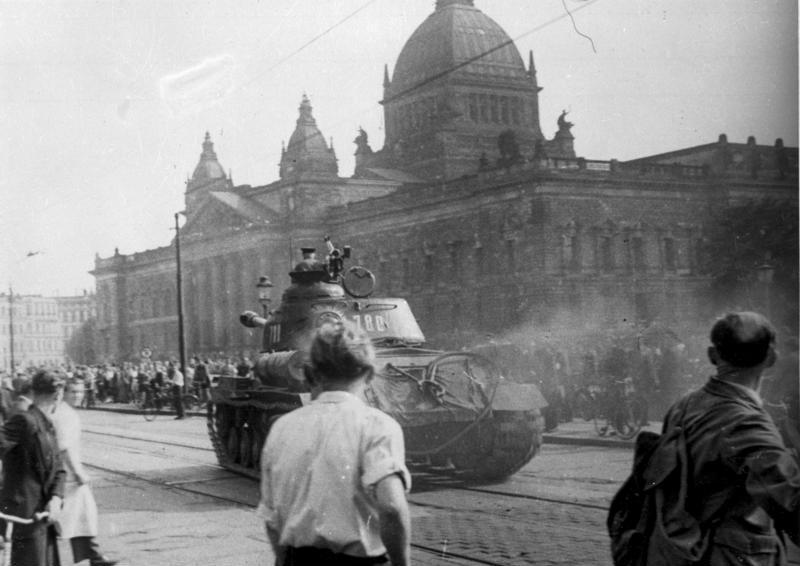 This Day In History: Riots In East Berlin Are Crushed By Soviet Tanks (1953)

Today in history, there were major riots in East Berlin. They are often seen as an anti-communist uprising. On the 16th of June, a strike was held in East Berlin. They were angry at the lack of food and their poor working conditions. The strike soon became violent and on the 17th of June, the strikers began to riot. They attacked the police and symbols of communist rule. The East German government feared that the rioters would drive them from power and end communism in the country. Soon the rioters were demanding the resignation of the government and free elections. It seemed that East Germany was about to leave the Soviet sphere of influence. By the 17th, some 50,000 strikers were on the streets of East Berlin and the East German government had lost control of the situation. The majority of the strikers were construction workers, involved in the rebuilding of Berlin. They were joined by other workers and students.

Moscow became aware of this and very concerned. It seemed that their allies the East German communists had lost control of the situation. The Soviets order a full division of Soviet armor into the city. Troops supported by armored vehicles and tanks soon appeared on the streets of the city. The rioters did not disperse and they continued to demand the end of communist rule in Eastern Germany. The Soviets fired on the protestors and many died. Many of the protestors fought back. However, they only had sticks and stones against tanks and guns. Some Soviet tanks drove into the crowds and crushed unarmed protestors.

The suppression of the riots was the first example of the Soviet’s willingness to crush any opposition to its puppet governments in Eastern Europe. The Soviet suppression of the riots and protests in East Berlin set a precedent for the later interventions in Hungary in 1956 and Czechoslovakia in 1968. It showed that the Soviets as being determined to retain control over the communist countries in Eastern Europe.

The western democracies condemned the actions of the Soviets. They called for free elections in East Germany and for the Soviets to stay out of the internal affairs of the East German government. This was ignored and East Germany remained as part of the Eastern Bloc. It was only after the fall of the Berlin Wall, was East Germany to break free of Soviet influence and later unified with West Germany.

Open Democracy – The 1953 Revolt in East Germany: Violence and Betrayal