This Day In History: The British Use The Tank For the First Time In Battle (1916) 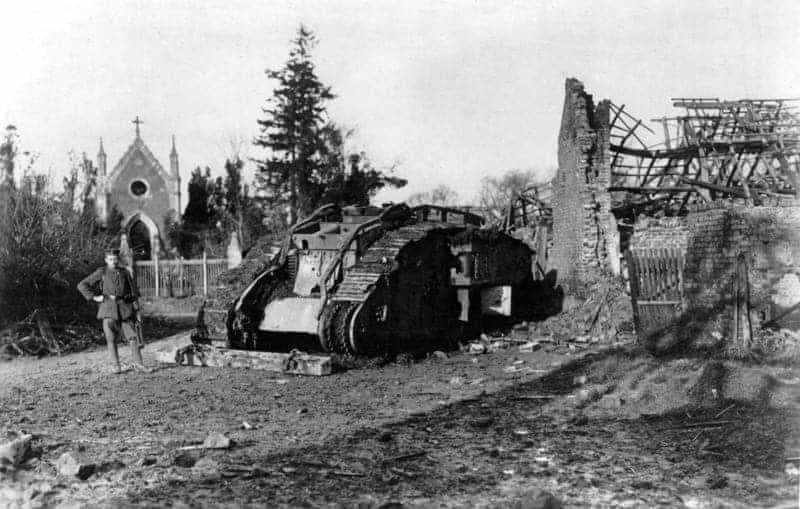 This Day In History: The British Use The Tank For the First Time In Battle (1916)

Today in history the tank is used in a theatre of war for the first time, during the Battle of the Somme. The British had developed the first tank, the Mark I or ‘Little Willy’ in 1915. The British had hoped that the tank would change the war and end the bloody stalemate on the western front. The first tank was not a success and could not successfully cross trenches. The British persevered and they developed a new tank the Mark II. This proved to be more efficient and reliable than the ‘Little Willy’. This tank was known as ‘Big Willy’. The success of this tank in trials prompted the British to believe that it could make a difference on the western front. At this time the British were fighting the Germans on the Somme. The battle had largely failed to achieve its objectives and the British were getting desperate. However, the British High Command continued to persist in the using the tank. General Douglas Haig, commander of the British army in France believed that the tank could help the allies to win the war.

The British had launched a massive offensive on the Somme on the 1st of July. After a quarter of a million shells are fired on the German lines and some 100,000 men advanced into no man’s land and towards the German positions. However, the Germans are so well-dug-in that they survived the massive bombardment and they put up fierce resistance to the British. It had not gone as planned and the British began to suffer heavy casualties. On the first day of the Battle, some 18,000 British soldiers were dead and 38,000 wounded. The British deployed the Mark II tank in the hope that it could change the course of the Battle of the Somme.

The British used tanks for the first time at Flers Courcelette, when forty-two tanks advanced over a mile into enemy lines. The Germans are thrown into a panic at the sight of the massive armored vehicles bearing down on them. However, the Mark II is a very slow vehicle and they are not reliable and many of them breakdown and as a result, the attack comes to a halt. It is estimated that about half of the tanks involved in the attack, breakdown, and the rest are considered to be too slow.

The British were to use the tank again at the Battle of Arras in 1917, but again they had only a limited impact. At the Battle of Cambrai, the British used 400 tanks to break through the Hindenburg Line, this was initially successfully, but the Germans eventually drove the British back. It was arguably only in late 1918 during the final phases of the war that the tank was to prove to be a really effective weapon of war. In the last offensive of the war , that tanks helped to win several key battles for the allies.