This Day In History: The First Tank Makes its Appearance (1915) 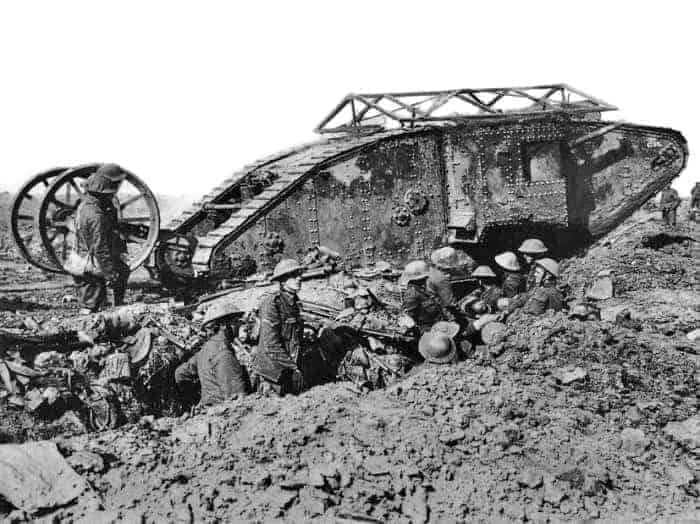 This Day In History: The First Tank Makes its Appearance (1915)

On this day in history the world’s first thank, Little Willie, was unveiled in 1915. It was developed in Britain and it was originally commissioned by the British High Command. The tank’s performance to put it mildly- it was slow and overheated. It was also very slow and could only travel at two miles per hour.

The British developed the tank in response to the bloody stalemate of World War I. In 1914, two British officers came up with the idea of an armored vehicle that could break the deadlock on the western front. The new vehicle would run on tracks and could operate on practically any terrain. The men appealed to British navy minister Winston Churchill, who backed the project and he won cabinet approval to begin developing a prototype. The project was top secret and the workers are told that they are building vehicles to carry water to the front line. The vehicles are shipped in crates labeled ‘tank’ and this is when the tank got its name.

The first tank was not deemed to be a success and it was back to the planning board. A second prototype tank was developed and it was , known as “Big Willie”. This tank performed much better in tests and demonstrated that it could cross trenches and could operate in difficult terrain. By 1916, this tank was judged by the High Command to be deemed ready for battle. The first tank to be used in combat was sent into action during the Battle of the Somme. The tank was known as the Mark I. A formation of tanks are employed at the Somme but they are not that effective but the High Command still saw potential in the armored vehicles. The Mark I tanks were hot, noisy and unwieldy and very unreliable on the battlefield. Further design improvements were made and at the Battle of Cambrai in November 1917, some 300 tanks are deployed. The Mark IV’s proved much more efficient than the Mark I, and they helped the British to gain ground at Cambrai. This battle convinced many that the future of warfare would be determined by the tank. The Germans after Cambrai were very eager to develop their own tanks after they saw the damage that the Mark IV inflicted on the German army. At Cambrai the tanks helped the British army to capture miles of territory and some 8000 prisoners.

During the interwar period, every country was quick to develop their own tank. During the Second Word War, they played a critical role in many battles. They were central to the German tactic of the Blitzkrieg and they allowed the Nazi war machine to conquer much of Europe and North Africa.

More recently, tanks have been essential for desert combat during the conflicts in the Middle East. Israel effectively used tanks in the Six Day and Yom Kippur War. Today in Syria and Iraq tanks are still playing an important role on the battlefield.