This Day In History: Soviet Tanks Enter Budapest to Crush An Uprising (1956) 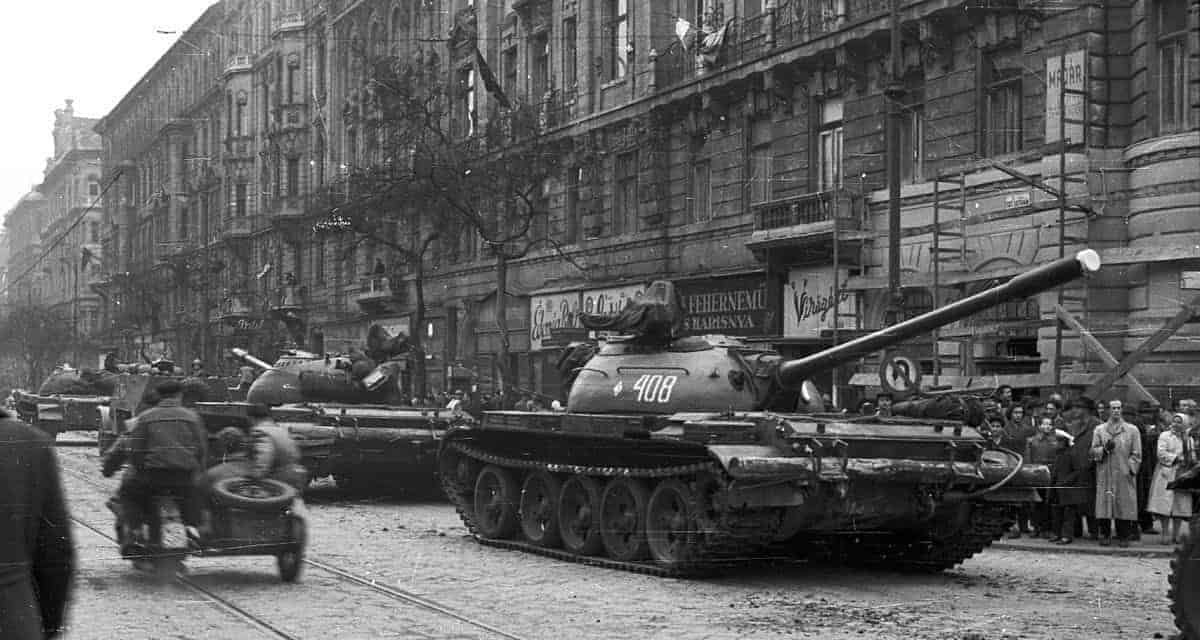 This Day In History: Soviet Tanks Enter Budapest to Crush An Uprising (1956)

On this date in history in 1956, the Soviets and Hungarian communists finally suppressed a revolt in Hungary. The revolt sought to end communist rule in Hungary and to end of Soviet influence in the country. The revolt began some 12 days previously when protestors took to the street and attacked local communist party offices.

Protests had previously begun in early October and these had been peaceful. The protestors wanted more freedom and the end of communist oppression. The people of Hungary had been suffering terrible under the communists, especially because of the enforced collectivization of land and the activities of the secret police. The regime made some concessions initially and they reinstated the popular Imre Nagy as Prime Minister. He was a moderate communist and he was seen as something of a reformer. Nagy was popular with the protesters because he was seen as an anti-Stalinist. Nagy tried to end the protests by asking the Soviets to withdraw their troops that had been stationed in Hungary since 1945. After they did so Nagy decided to undertake a more radical course of action and he made steps to take Budapest out of the Warsaw Bloc and also to move towards a genuine multi-party system. This horrified Moscow and the local communists. They were willing to accept some reforms but Nagy reforms were trying to dismantle communism in Hungary. The Soviets feared that if they did not do something then the entire Eastern Bloc could collapse. In Hungary, protestors had begun to attack and kill local communists especially the hated secret police. Hungarian communists launched counter-attacks on the protestors.

On this day the Soviets ordered tanks to roll into Budapest and to end the uprising. There was some violent street fighting but after a few hours, the Soviets had near total control of Budapest. Prime Minister Nagy ordered all Hungarians to resist the Soviets. However, he was soon seeking asylum in the Yugoslav embassy but he was later handed over to the Reds, who executed him after a show trial.

A Hungarian communist Janos Kadar was flown from the Soviet Union and he was later installed as Premier of Hungary.

With the capture of the Hungarian capital the uprising was doomed. Khrushchev had promised the world that he would end the Stalinist policies of terror and oppression. In truth not much had changed and the Soviets were ready to use force to maintain their empire in eastern Europe. They would later suppress another uprising in Czechoslovakia in 1968.

During the uprising, some two and a half thousand Hungarians died and another 20,000 fled and many never returned. An unknown number of anti-communistHungarians were later executed, imprisoned and tortured. The Communists regime was to survive in power until 1989, until the collapse of the Eastern Bloc.