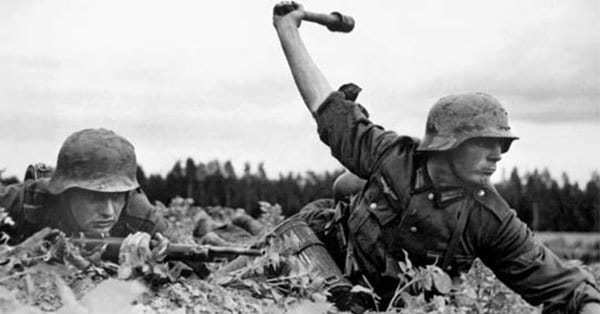 Operation Barbarossa was the code name for the Nazi invasion of the Soviet Union, starting June 22, 1941. The Nazi’s plan was to conquer the western Soviet Union so that it could be populated by Germans, use Slavs as slave labor, seize the oil from the Caucus region, and utilize the Soviet agricultural resources.

Operation Barbarossa was the largest invasion in the history of warfare. Four million Nazis invaded the Soviet Union along a 1,800-mile front. The Nazis utilized 600,000 motor vehicles, and between 600,000-700,000 horses.

The Nazi operation had initial success, occupying most of the Ukrainian Soviet Socialist Republic. The Nazis were halted by the Battle of Moscow and the Soviet winter counteroffensive effectively pushed the front line west. The failure of Operation Barbarossa forced Hitler to narrow his scope of attempted Soviet invasion into Case Blue and Operation Citadel in 1943.

Case Blue (German: Fall Blau) was the Nazi summer offensive in 1942 aimed to cross the Caucasus Mountains and reach the Baku oil fields as well as gain control of the Volga River. Eventually, the Nazis were defeated in Stalingrad and had to retreat from the Caucus region. Operation Citadel was the second half of the summer offensive. This offensive, near Kursk (280 miles southwest of Moscow), lead to the largest battle utilizing armored vehicles in history, the Battle of Prokhorovka. It was the final strategic attack the Nazis would be able to muster in the Soviet Union.

The failure of Operation Barbarossa was a major turning point in World War II. The Eastern Front produced the highest casualties for both the Nazis and the Soviets. The Nazis captured 5,000,000 Soviet troops. The Nazis deliberately starved, or otherwise killed, 3.3 million Soviet POWs as well as a huge number of civilians. The Hunger Plan was an engineered famine created by seizing Soviet food to feed the Nazi soldiers. The Hunger Plan and the military operation anticipated 20 to 30 million Soviet casualties.