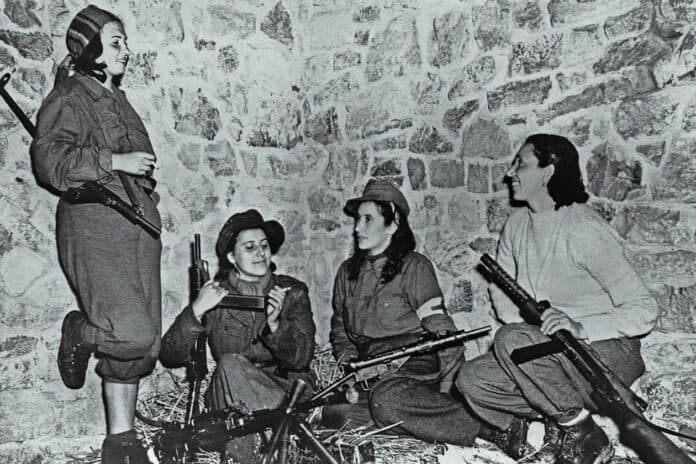 The Nazi onslaught in World War II and the struggle to beat it back brought out extremes of human behavior, both good and bad. There was the sublime heroism of antifascists risking – and often sacrificing – it all to resist, and the vileness of those who went to similar extremes to support evil. Following are thirty-five things about heroic women who stood up against the Nazi tide, and evil women who took the Nazis’ side.

35. The Women Who Smuggled Explosives for a Nazi Death Camp Revolt

In the spring of 1943, nineteen-year-old Ester Wajcblum and her younger sister Hana, fourteen, arrived at the Auschwitz-Birkenau concentration and death camp. They were among the minority spared from the gas chambers, and were put to work as slave labor in a munitions factory. There, they met Ella Gartner and Regina Safirsztajn, two women engaged in resistance against the Nazi regime, who soon included the newly-arrived Wajcblum sisters in a plan to launch a revolt.

Together with a fifth woman who worked in the camp’s clothes depot, Roza Robota, they began smuggling explosives out of the munitions factory. Their destination: the men of the Sonderkommando (“special unit”) in a neighboring camp. The Sonderkommando were prisoners, usually Jewish, granted special privileges to dispose of corpses – mostly of the Holocaust’s gas chambers’ victims, but also prisoners who had died of other causes. The women often smuggled explosives on or in the corpses of friends, sent to the Sonderkommando for disposal.