This Day In History: Poland Surrenders to Hitler's Army (1939) 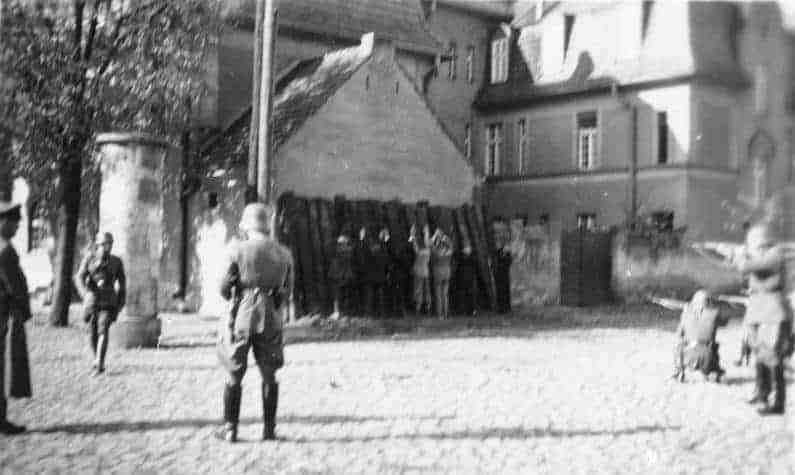 This Day In History: Poland Surrenders to Hitler’s Army (1939)

On this day in history in 1939, Poland was forced to surrender to Hitler and his army. In total on this date in history, some 150,000 Polish troops are taken prisoner by the German war machine. The Polish capital Warsaw surrenders to the superior forces of the Germans with their superior tanks and weaponry and after sustained air raids. The Poles had fought heroically and had lived up to the martial traditions of their country but they could not hold out and their nation was conquered after only 26 days.

The Germans launched Blitzkrieg tactics on Poland. They attacked the country with armored formations supported by dive bombers, the feared Stuka. Hitler had engineered a pretext for the invasion of Poland, he claimed that ethnic Germans living in Poland were being persecuted. At this time some 2 million Germans were living in Poland after the Versailles Treaty. In fact this was not the case. German attacked Poland without warning and the Luftwaffe attacked Polish airplanes on the ground and destroyed many. Soon the Luftwaffe had complete control of the skies. The Germans then used their panzers to drive deep into Polish territory. There were occasions when Polish cavalry units had to charge tanks in a desperate attempt to drive back the invaders.

The Poles had resisted the Red Army some 19 years earlier and had managed to drive them back. Hitler’s war machine was much superior and the Poles despite their bravery were overwhelmed. The defeat of Poland was assured when the Soviet army crossed into eastern Poland. This was agreed as part of the Molotov-Ribbentrop agreement. This was a non-aggression pact between Hitler and Stalin and it had many secret protocols, which included the partition of Poland.

The Germans believed that the Poles were an inferior race and that they should be treated in a brutal manner. They wanted to make sure that the Poles did not rise up and rebel against their new German overlords. Hitler devised a strategy to remove the natural leaders in Poland . The Nazi’s killed among others Doctors, teachers, priests, landowners, and business leaders. The Poles were and still are a deeply Catholic country and the Nazis targeted the Catholic hierarchy and priesthood. Hundreds of priests were murdered in one Polish diocese alone. Up to half a million Poles were driven out of their home and forced to live in the east and their homes given to German settlers. Hitler wanted to turn Poland into a German colony, where the Poles would be the servants of the Germanic master class. From the start, the Nazis behaved brutally towards the Jews in particular and during the invasion, there were mass shootings of Polish Jews. Soon the Nazis had established ghettos were all of Polands hundreds of thousands of Jews were forcibly relocated and this was to mark the beginning of the Holocaust.