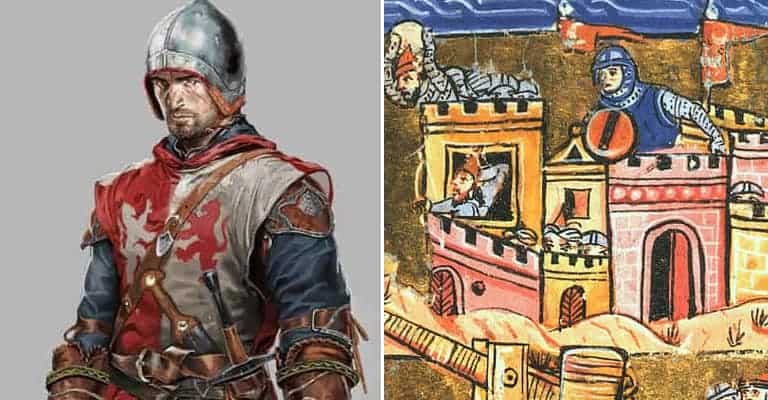 2. You Wanted to be an Archer

Medieval armies were more than just men wearing hundreds of pounds of armor riding in on horses. Sure there were cavalrymen, most of whom had to bring their armor and horses. There were also foot soldiers and a line of archers. The sequence of archers was what people had to watch out for because they could shoot deadly arrows long distances and begin to kill soldiers on the other side long before the foot soldiers and the cavalry had made their way down to the battlefield. Archers were also frequently positioned along the castle walls and could pick off invaders.

Short bows were probably the weakest of an archer’s weapons, and they could shoot with accuracy as far as 100 yards. They were frequently used in the earlier Medieval Ages, such as in defending against Viking raids up through the Battle of Hastings in 1066. Later on, longbows could shoot arrows over 300 yards. The crossbow, though, was the most dreaded of all: it could send an arrow a quarter of a mile with incredible accuracy. Arrows shot with a crossbow could easily pierce through metal armor, but the real danger was when the tips were on fire.

1. You Would Destroy Your Own Land to Discourage the Enemy

When an army was approaching, the leader would often send out an emissary to try to get the opposing force to surrender. Moreover, considering how large these armies were when they were traveling, usually on foot, through long stretches of countryside, there was no hiding when an enemy army was approaching. As such, opposing forces knew when they needed to prepare. They would often burn the surrounding countryside so that the approaching army would have no food. This was only the first step of many that they would take to prepare.

With a siege on the horizon, soldiers would stockpile food and supplies inside the castle so that they could hopefully outlast the surrounding army. They would also dig ditches that they could use to defend their territory, as well as set up pikes and fighting platforms. With the Vikings, however, the game changed. No one knew when a Viking raid was coming, as they came by water and were thereby able to launch surprise attacks. Standing defenses became a way of life to protect against Viking raids. And when they didn’t work, paying bribe money to make the Vikings go away was rarely considered to be beneath the defending army.

“Ekkehard of Aurach: On the Opening of the First Crusade.” Fordham University.

“Disease in the Middle Ages,” by Ellen Castelow. Historic UK.

“The Bow in Medieval Warfare.” Encyclopedia.com

“Medieval Warfare: How to Capture a Castle with Siegecraft.” Historynet. June 12, 2006.

“The military activities of bishops, abbots and other clergy in England c.900-1200,” by Daniel Gerrard. University of Glasgow. 2011.

“20 Things Everybody Gets Wrong About the Middle Ages”. History Collection.

“Facts from the Middle Ages that Are Full of Surprises”. History Collection.