When William Conquered England: The Battle of Hastings in 1066 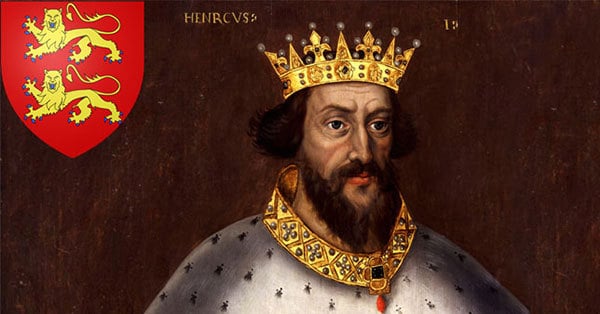 When William Conquered England: The Battle of Hastings in 1066

On October 14, 1066, a field some seven miles from the town of Hastings was the scene of arguably the most famous battle in English history. It is unquestionably one of the most important because it changed the course of history in England as William, Duke of Normandy, defeated King Harold Godwinson. Incidentally, the site of the battle is now a town named Battle.

Background to the Battle

There had been a link between Normandy and England since 1002 when King Ethelred II married the Duke of Normandy’s (Richard II) sister, Emma. They had a son named Edward the Confessor, and he spent many years living in Normandy. When he became king in 1042, he brought a large array of Normans including soldiers, clerics, and courtiers. However, Edward had no heirs and became involved in a battle for the crown with Godwin, Earl of Wessex and his sons.

King Edward died on January 5, 1066, and the lack of an heir meant that a dispute over the next monarch was inevitable. The king’s immediate successor was Harold Godwinson who was the son of Godwin and England’s richest and most powerful aristocrat. Although Harold was crowned king, he faced two contenders almost immediately. William of Normandy claimed he was the rightful heir as Edward had promised him the crown. Harald III of Norway also contested the crowning of Harold and based his claim between an old agreement between former kings of England and Norway.

Harold’s forces drove back the fleet of his exiled brother, Tostig, but could not prevent Harald III landing in the north of England in early September 1066. By now, Harold had sent his militia home because most of them had to harvest their crops. The Norwegians took York after victory at the Battle of Fulford. Meanwhile, Harold was building his army in anticipation of an attack by William. When he heard about the Norwegian invasion, he raced north to meet them and won an impressive victory at the Battle of Stamford Bridge on September 25. Although Harald III and Tostig died in the battle and their army was almost annihilated, Harold’s army was also in bad shape and ripe for another invasion.

William was planning an attack but was way behind the Norwegians in terms of preparation. It took him nine months to build his fleet, but he was finally ready to invade England in August 1066. However, the crossing was delayed; sources vary regarding the reason. Some say he knew a journey at that point would see his fleet intercepted by the English; others believe bad weather prevented his attack.

Either way, it was a stroke of good fortune for William because he arrived at Sussex on September 28, a few days after the Battle of Stamford Bridge that had significantly weakened his enemy. His army consisted of cavalry, archers, and crossbowmen. The exact amount of troops he brought to England is unknown and varies from 7,000 to 14,000 depending on the source.

Harold left most of his men up north after Stamford Bridge and brought a relatively small army down south to deal with the threat. He probably did not learn of William’s landing until he was already on his way south. Harold and his men covered approximately 200 miles in seven days and camped at Caldbec Hill on October 13. He was now just 8 miles from William’s castle in Hastings. His attempt to surprise William failed when Norman scouts reported the king’s arrival. Most historians agree that William left the castle and took his army to meet his rival.

Harold placed his shield wall on Senlac Hill and had a significant advantage at the start of the fight. Estimates vary on the size of his army, but it was probably somewhere between 5,000 and 13,000 men. William’s men had no choice but to climb the hill on the boggy ground; a tough task made even worse by the fact the men were weighed down by heavy armor. However, the English army was made up entirely of infantry which was a problem against William’s cavalry. On 9 am on Saturday, October 14, 1066, one of England’s most legendary battles took place.

The Battle of Hastings began with Norman archers futilely firing arrows uphill against the English. There were few English archers, so the Normans were in early danger of running out of arrows; the normal trick was to reuse the projectiles the enemy fired at you. William’s spearmen were the next to attack but once again, Harold’s defensive shield wall held firm; it also managed to keep the enemy cavalry at bay. The Normans retreated, and a rumor circulated that William was dead. Just as Harold’s men seemed set to overwhelm their enemy by launching their counterattack, William rode through the crowd shouting that he was still alive. The Normans attacked again and enjoyed some success.

The fighting continued for several hours until both sides took advantage of a lull by eating, drinking and resting. William decided on a new strategy inspired by his minor victory earlier. His idea was to send the cavalry against the shield wall once again to draw the English out. If successful, cracks in the line would appear and give him the chance to make a breakthrough finally. Although the cavalry charge did not lure the English out of their defensive positions, it did weaken them.

The indefatigable Normans continued to launch attack after attack in a desperate bid to break the enemy’s resolve, and after several more hours, it finally worked. At some point, news of Harold’s death reached his men. The famous Bayeux Tapestry depicted Harold getting shot in the eye, but in reality, he probably died from the many wounds he sustained on the battlefield. The leaderless English army fell apart as most of them fled. Members of the royal house guard apparently fought to the last man as they sought to protect the king’s body.

One of the main reasons for Harold’s defeat was the fact he had to overcome two invasions in quick succession. Dismissing his militia was a terrible blunder as was leaving much of his army up north after winning at Stamford Bridge. Perhaps he was overconfident after his victory or else he underestimated William, but it is puzzling that he didn’t recruit more men before facing the Normans. Also, the English army was exhausted after traveling 200 miles in a week.

When it came to the battle, William had more experience in warfare and possessed a greater variety of troops. The cavalry he had at his disposal allowed for relentless charges which ultimately won him the battle. Harold should have taken advantage of early Norman confusion and the belief that William was dead. The English defensive shield wall was effective except when it was lured out and exposed its flanks. Ultimately, the death of Harold turned a battle of attrition into a rout. Overall, around 2,000 Normans died against up to 4,000 English soldiers.

There are differing accounts as to what happened to Harold’s body. One story says it is buried in Waltham Abbey; another says William threw it into the sea while yet another tale says it was buried on top of a cliff. William expected the English to submit immediately, but he had to fight a couple of more battles before achieving total victory at Berkhamsted. He was crowned King William I on Christmas Day 1066 in Westminster Abbey.

It took another four years for William to gain total control of England as he had to suppress a number of rebellions. Upon his victory, the new language of the court was French. The House of Normandy only ruled until 1135 when Henry I died without a legitimate male heir.