This Day In History: The First Crusader Army begins to be Formed (1095) 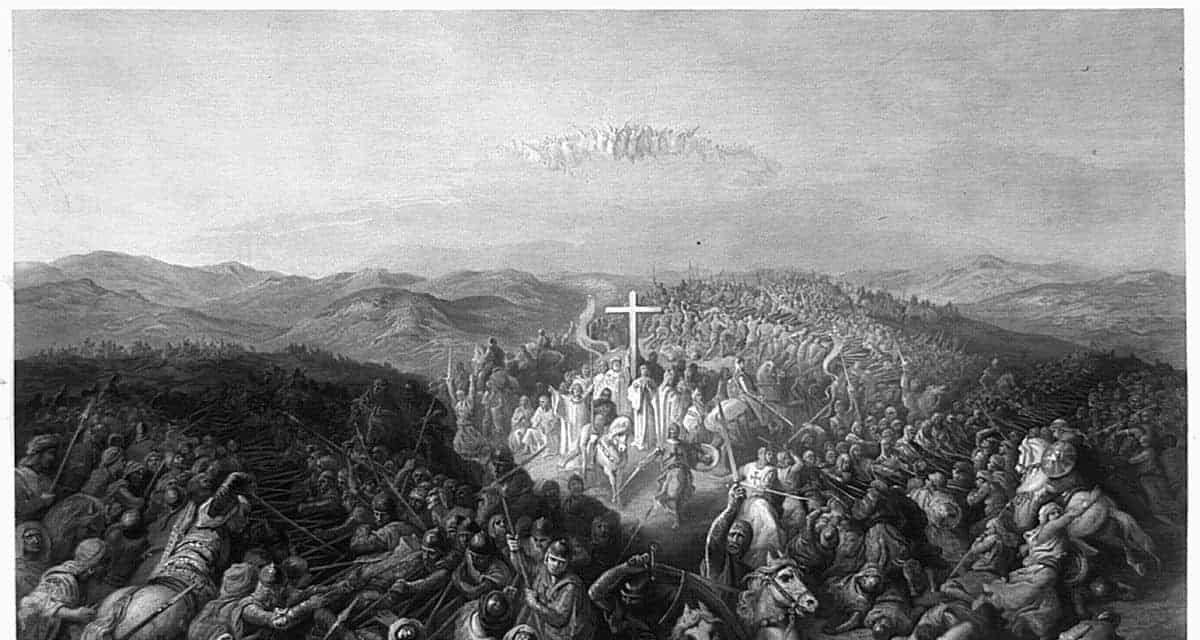 This Day In History: The First Crusader Army begins to be Formed (1095)

On this day in history, in 1095, a Crusader army begins to be formed in Europe. Nobles, peasants, farmers, and townsmen begin to swear an oath that they would go on Crusade and fight for their religion. On November the 27th, Pope Urban II, had given a sermon that changes the history of Europe and the Middle East. During his sermon, the Pope calls on all Christians to go on a crusade and to reclaim the Holy Land for Christ and the Church. He urged Christian Europe to wage war on the Muslim world in order to reclaim the Holy Land and especially Jerusalem.

Pope Urban was born Odo of Legery in 1042 and he was a member of the great reformer Pope Gregory VIIs inner circle. He had helped this great Pope to make many reforms in the Church and did much to end corrupt practices such as simony (selling offices). Urban was later to become a Cardinal and then Pope. He was an able diplomat and a shrewd statesman.

By the end of the 11th century, the Holy Land, (modern Israel) was under the control of Muslims. This had been the case since the 7th century. Many Christians wanted to go on a journey or pilgrimage to the Holy Land as they saw it as their religious duty. The Muslim rulers of the Holy Land despite their differences with the Christian Kingdoms permitted pilgrims to visit the Holy Places such as Bethlehem, where Jesus was born. In the 10th century Seljuk Turks, who originated from Central Asia conquered much of the Muslim world. They were recent converts to Islam and like many recent converts they were zealous in their new religion. They forbade any Christians to visit the Holy Sites. This angered the Christians in Europe. The Seljuk Turks had defeated the Byzantine Empire in the great battle of Manzikert and were threatening the very existence of that Empire. The Emperor asked the Pope for help in defending his remaining territories from the invading Turks. The Byzantines probably only wanted mercenaries but Pope Urban believed that the Byzantines wanted a Christian army to deliver them from the Turks.

Pope Urban, at a Council of Clermont, in France, attended by nobles and senior clerics, gave a rousing sermon and called upon the faithful to go to the Holy Land and conquer it for Christ. Urban promised the remission of sins for all those who fought the Muslims, who were described as persecutors of Christians. Urban’s message electrified Europe and many answered his call. Some 70,000 men and women, led by nobles embarked on the Crusade. They were motivated by religion and also by the hope of spoils and land. Along the way, many of the Crusaders attacked Jewish communities and many Jews were murdered or forced to convert. Remarkably, the crusaders were able to travel through the Balkans, into Asia Minor and reach Jerusalem and they eventually captured the City. The First Crusade was considered a great victory for Christianity and it led to the creation of several Crusader kingdoms in the Middle East.

Urban died in 1099, some ten days after the fall of Jerusalem but he died before news of the victory reached Rome. The First Crusade was the be one of seven major military campaigns or Crusades over the next 200 years.