Tolkien VS. Disney and Other Major Historic Feuds 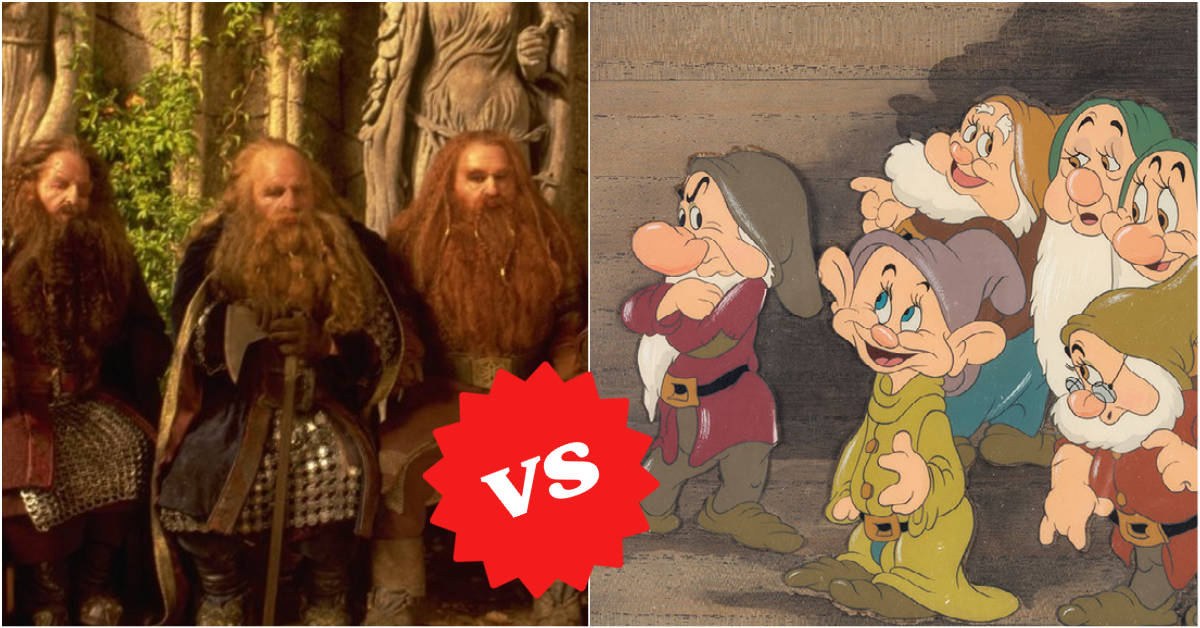 Tolkien VS. Disney and Other Major Historic Feuds

7. An Earl Caught Between A Rock and a Hard Place

The newly-crowned Yorkist King Richard III was almost immediately challenged by Henry Tudor, the last viable claimant of the defeated Lancastrian branch of the House of Plantagenet. After years of exile, Tudor returned to England in 1485 and declared his bid for the throne. Richard set out to meet his challenger at the head of his forces, which included a large contingent commanded by Thomas Stanley, 1st Earl of Derby. Stanley was a major Yorkist supporter, but he was conflicted. His family had been Lancastrians, but he himself had defected to the Yorkists, who handsomely rewarded him with lands and estates, and appointments to powerful government positions.

Stanley was thus deeply indebted to the Yorkists. However, he also happened to be married to Henry Tudor’s mother, and that made him the Lancastrian challenger’s stepfather. That stuck Stanley between the rock of loyalty, and the hard place of peace at home. So he decided to play both sides of the feud, and secretly contacted his stepson to explore defection. Things got complicated when King Richard got wind of that: he seized Stanley’s son as a hostage for his father’s good behavior, and an insurance against treachery. He then ordered Stanley to join the Yorkist army with his contingent, which the earl reluctantly did.

6. The Betrayal That Ended a Feud and a Dynasty

King Richard III and Henry Tudor met at the Battle of Bosworth on August 22nd, 1485, but the king’s reluctant ally, Thomas Stanley, was still undecided. So he kept his armed contingent to one side of field, and waited to see who looked like a winner. Richard sent Stanley a message that ordered him to immediately attack the Lancastrians, and threatened to execute his son if he did not. The earl coolly replied: “Sire, I have other sons“. A livid Richard ordered the execution of Stanley’s son, but the order was not immediately carried out, and before long, it was too late. As the afternoon wore on, Stanley made up his mind that Richard was losing the battle, so he ordered an attack – against Richard and the Yorkist forces.

Stanley’s betrayal decisively tipped the scales in favor of Henry Tudor, and against Richard III. The king launched a fierce attack in a desperate attempt to reach and cut down his rival, but was cut down himself. After Richard’s death, Stanley found his fallen crown in some bushes, and personally placed it on the head of Henry Tudor, henceforth King Henry VII. Stanley’s stepson and new king of England brought the intra-Plantagenet feud to end when he ended the Plantagenet dynasty, and replaced it with his own House of Tudor. As to Stanley, treachery paid well, and he was handsomely rewarded by his son in law for his betrayal of King Richard.

5. The Mob Feud That Triggered the Italian-American Mafia’s Most Infamous Gang War

Throughout much of Prohibition, the Italian-American mafia was led by rivals Joe “The Boss” Masseria and Salvatore Maranzano. Years of mounting tensions between their criminal organizations finally exploded into a bloody struggle that came to be known as The Castellammarese War, from February, 1930, until April, 1931. Masseria had been America’s dominant Mafiosi in the 1920s. He ran a powerful crime family whose ranks included future mob bosses such as Charles “Lucky” Luciano, Vito Genovese, and Frank Costello. However, a Don Vito Ferro, a mafia chieftain from Castellammare del Golfo, Sicily, decided to reach out and wrest control of the American mafia. To that end, Ferro sent Salvatore Maranzano to establish the rival Castellammarese faction.

The Castellammarese included future bosses such as Joe Profaci, Joe Bonano, and Stefano Maggadino. In 1928, the factions began to hijack each other’s alcohol trucks and otherwise encroach upon and disrupt their rival’s bootlegging operations. The struggle broke out into the open in February, 1930, when Masseria had a Castellammarese Detroit racketeer killed. The Castellammarese retaliated a few months later with the murder of a key Masseria enforcer in Harlem. A few weeks later, they got a Masseria ally whom he had earlier betrayed, the Reina family, to switch sides, and kill a key Masseria loyalist on their way out. Masseria responded in October, 1930, when he sent one of his key lieutenants, Alfred Mineo, to kill a key Castellammarese ally, Joe Aiello, in Chicago.

4. The End of This Feud Led to a New Beginning for the American Mafia

In November, 1930, Alfred Mineo and another key Masseria henchman were murdered, and Mineo’s successor defected to Salvatore Maranzano. The tide then swiftly turned, and other Masseria allies switched allegiance to the Castellammarese. Masseria’s remaining key henchmen, led by Lucky Luciano, realized that their boss’s ship was about to sink. So Luciano approached Maranzano, and offered to defect and seal the deal with the murder of Masseria, who was duly rubbed out on April 15th, 1931. Maranzano then reorganized the Italian-American mafia, and set up the basic structure that survives to this day of made soldiers who answer to captains, who in turn answer to a family underboss and boss.

However, Maranazano, an egomaniac with delusions of grandeur who fancied himself a Julius Caesar of the criminal world, did not enjoy his victory for long. Five months after Maranzano declared himself capo di tutti capi, or Boss of All Bosses, Lucky Luciano had him murdered. He then abolished the Boss of All Bosses title, and set up a collective mafia leadership council to avoid future gang wars. On the surface, the Castellammarese War had been a power struggle between Masseria and Maranzano. An underlying current of the feud, however, was a generational struggle. Younger underlings, who grew up American, resented the rival bosses and their entire generation of leadership – derided as “Mustache Petes”. They saw them as insular, set in their Old World ways, and unwilling or unable to adapt to American realities.

3. The Hatfield and McCoy Feud

The Hatfield and McCoy Feud, a protracted nineteenth century vendetta between neighboring clans along the border between Kentucky and West Virginia, is America’s most infamous family feud. Fought largely in the 1880s, it pitted the McCoys, most of whom lived in Pike County, KY, against the Hatfields, who lived mostly in neighboring Logan County, WV. The bad blood between the rival clans led to significant violence, mayhem, and murder. As modern science and research have revealed, and as seen below, there was literal bad blood that drove and amplified the vendetta.

The McCoys were led by Randolph “Old Ran’l” McCoy, while the rival Hatfields were led by William Anderson “Devil Anse” Hatfield. The earliest known violence dates to 1865, when Harmon McCoy, a Union Army veteran who had fought in the US Civil War, was murdered by a band of Confederate guerrillas led by Devil Anse Hatfield. Bushwhacking had been common throughout the conflict, so the killing did not lead to an immediate feud. However, it stored hard feelings for later on down the road.

2. The Pig That Triggered the Feud

In 1878, a McCoy accused a Hatfield of stealing a hog. The Hatfield was acquitted, but one of the witnesses who took his side was murdered by the McCoys in retaliation soon thereafter. Tensions increased in 1880, when Devil Anse Hatfield’s son impregnated Old Ran’l McCoy’s daughter. Then in 1882, Devil Anse’s brother was mortally wounded in a brawl with three McCoys over a small debt owed on a fiddle. The Hatfields retaliated with the capture and execution of three McCoys. That was when things exploded into a prolonged back forth vendetta.

Things got bad not just for the immediate clans involved, but for outsiders, who felt the ripple effect of the feud. At times, the beef between the two families threatened to turn into a war between the states of Kentucky and West Virginia. By 1890 the Hatfields, who had seriously gone overboard in the brutalities during the course of the vendetta, had been reduced to homeless hunted fugitives. Finally, four of them, plus their accomplices, were arrested and indicted for one particularly heinous atrocity.

1. The Feud Was Literally in This Clan’s Blood

The fighting between the Hatfields and McCoys finally came to an end in February, 1890, when Ellison “Cottontop” Mounts, a Hatfield, was hanged in Pikesville. The feud was remarkable for its intensity and longevity. That ability to keep a good hate going for a long time might have been due – at least on the McCoys’ part – to genetics. In 2007, an eleven-year-old McCoy girl prone to fits of rage underwent medical tests to find out just what was wrong with her. It was discovered that she, and many members of the McCoy clan, had tumors on their adrenal glands.

According to doctors, those kinds of tumors can cause the release of massive amounts of mood-altering chemicals, such as adrenalin. That could explain much about the infamous feud. As the McCoy girl’s physician put it, her family’s genetic defect: “does produce hypertension, headache and sweating intermittently depending on when the surge of these compounds occurs in the bloodstream. I suppose these compounds could possibly make somebody very angry and upset for no good reason“. Feuding was literally in the McCoys’ blood.

Mafia History – What Do We Know About Frankie Yale?

Thought Co – Wars of the Roses: An Overview