This Day In History: The Battle of Bosworth Field (1485) 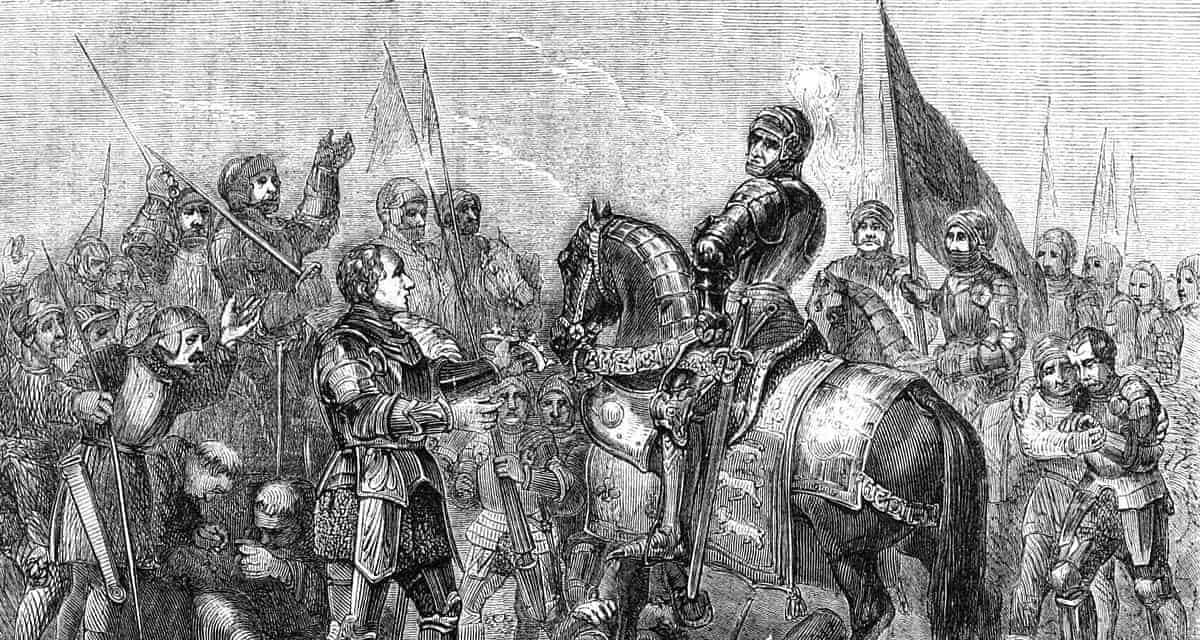 This Day In History: The Battle of Bosworth Field (1485)

On this day in history, the Battle of Bosworth Field took place. It was the last major battle of the War of the Roses. This was a series of civil wars that ravaged England fro several decades.

Henry Tudor was a member of the Welsh elite and had at best a tenuous claim to the Crown of England. He had fled England and had sought refuge in France. With the help of the Duke of Brittany, he gathered together a force of mercenaries and exiled English soldiers He landed in Wales and then made his way into England. Henry was determined to win the Crown of England on the battlefield. The English King was Richard III a member of the House of York. He is remembered as a bloody tyrant and is believed to have killed his nephews to secure the crown, these are known as the tragic ‘Princes in the Tower’.

At the battle King Richard III,is defeated and killed by Henry Tudor. The battle had nearly been a defeat for Henry Tudor, but Richard was betrayed by his ally. Deserted he was cut down by some of Henry’s soldiers. After the battle, the royal crown, which Richard had worn into battle, was picked out of a bush and placed on Henry’s Tudor’s head. His crowning as King Henry VII was the beginning of the Tudor Dynasty. He became Henry VII of England. He found a dynasty that would last until Queen Elizabeth the first’s death in 1603. It was to be one of England’s most glorious periods.

England’s defeat in the Hundred Years War with France meant that there were unemployed soldiers or ‘masterless men’ in England. This coupled with bouts of madness suffered by King Henry VI, left a power vacuum in the land, meant that the land was increasingly lawless and the nobles grew stronger. The houses of Lancaster and of York fought for control of Egland at first and later the actual crown, after the death of Henry VI. For several decades the Houses of York and Lancaster fought a series of battles. The Wars saw one side gain an advantage before the other side made a comeback.

The War of the Roses left little mark on the common English people but severely thinned the ranks of the English nobility. Many of the greatest nobles in England perished in their wars. Among the royalty who died were Richard of York; Richard Neville; the earl of Warwick. Several kings Henry VI and Richard III died in the wars. In 1486, King Henry VII’s marriage to Elizabeth, the daughter of Edward IV, united the houses of Lancaster and York and this was the end the bloody War of the Roses. Their son was Henry VIII and they were the grandparents of Elizabeth I.