These Leaders Were Accused of Abusing Their Power

These Leaders Were Accused of Abusing Their Power 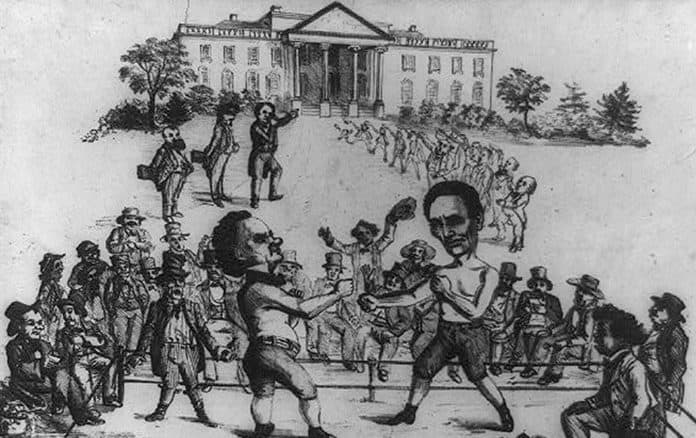 The evolution of the office of President of the United States has been one of steadily expanded power assumed by the chief executive. Instances of the president exercising his authority to the point of being accused of abusing the powers of his office are many, and in most cases have changed the course of American history. Presidents have long sought the ways and means of accomplishing goals which they deemed critical despite the opposition of a recalcitrant Congress. Some were successful, while others faced humbling rebukes from the legislature, or defeat in the courts. Only two American presidents have, as of this writing, been impeached by the House of Representatives and tried in the Senate, but many more have been accused during their administration of abusing the power of their office.

Such abuses have included the acquisition of territory, the waging of war, the suspension of citizens’ legal rights, or their suppression under illegal circumstances. What they all have in common is the belief by the president that the action was necessary for the benefit of the nation, despite political opposition at the time. Some presidents – Lincoln comes to mind – themselves questioned the legality of their actions under the Constitution, but took them anyway. Others blithely ignored the constitutional restraints on their power to take action which was eventually overturned by legal authority. Here are examples of the President of the United States being accused of abuse of his power in the course of American history.

The first president to be accused of abuse of power (and to hear calls in Congress for his impeachment) was George Washington. During the French Revolutionary Wars, Washington declared the United States to be neutral, denying support to either France or Great Britain. When John Jay negotiated a treaty with the British which among other things brought the United States and the British closer in trade relations and in Indian affairs, Congressmen from the southern states opposed it fiercely. Despite it being ratified in the Senate, members of the House sought to overturn it in effect by refusing to authorize the funding needed to allow its terms to be met.

During the debate over the funding of the treaty, Congress demanded the President provide them with all documentation covering the treaty’s negotiation, including all correspondence between the President and John Jay. Washington refused, and although he did not directly refer to what later became known as executive privilege, his argument in refusal established the precedent for that term. There were calls in the House for Washington’s impeachment in early 1797 as a result. The Jay Treaty was eventually funded by the House, in a vote which carried by a margin of three, and once in place did much to lead to the Quasi-War with France during the subsequent administration of John Adams.