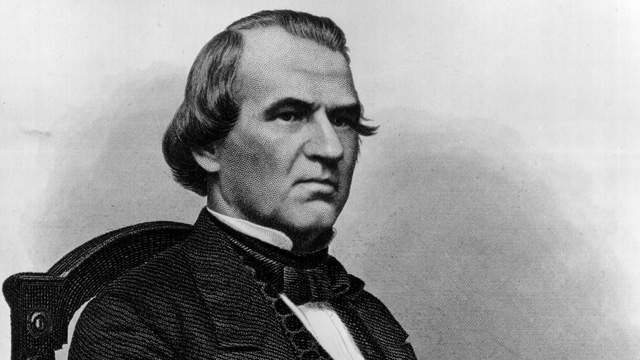 U.S. politics in the years after the American Civil war were very volatile. Andrew Johnson assumed the presidency when Abraham Lincoln was assassinated in April 1865. He was a Democrat who had to deal with a congress held by the Republicans. The conflict between Johnson and Congress would eventually cause major problems for his presidency.

Between Johnson’s efforts and that of Congress, the process of Reconstruction was born. Reconstruction was meant to unify the North and the South once more, integrate newly freed slaves, and prevent further hostilities with the South. It was only minimally successful. A lot of that had to do with the fact that neither Johnson nor the Congress could agree on how to implement Reconstruction.

Andrew Johnson was not a popular president. Of course, he lived in the shadow of Abraham Lincoln, but his actions definitely did him no favors. While Congress favored major protections for newly freed slaves, Johnson’s plans left them mostly out to dry. Most likely, this had more to do with Johnson placing more importance on repairing the Union than any foul meaning towards newly freed slaves. That doesn’t mean that his inaction towards protecting African-Americans were taken lightly.

Johnson’s goals for Reconstruction were simple: reintegrate the southern states quickly, as if they never left the Union in the first place, and move political power in the South from the slave-supporting politicians to more Union-ist leaning leaders. He thought that the enfranchisement of African-Americans was a distraction from the goal of reuniting the Union once more, and that the voting rights (and all other rights, really) of newly freed slaves should stay in the hands of the states.

This put Johnson at odds with Congress, which at the time favored many more protections for newly freed slaves. The debate between Johnson and the Republican-held Congress raged for three years, before Congress found a way to remove Johnson from office.

On March 2, 1868, the House of Representatives successfully voted for the impeachment of Andrew Johnson on 11 counts of “high crimes and misdemeanors.” Their primary evidence of such was the removal of Edwin McMasters Stanton as Secretary of War. According to the impeachment articles, Johnson’s removal of Stanton violated the Tenure of Office Act. Basically, it prevented any president from removing an already Senate confirmed office holder from office without the approval from the Senate.

Impeachment can be a confusing term. Most Americans associate it with removal from office, but that’s not the case. The term impeachment, in this case, refers to the act of the House of Representatives formally voting on and stating charges against an elected official. Per the U.S. Constitution, once the a president has been impeached by the House, the U.S. Senate will hold hearings. If found guilty of the charges, the President will be removed by two-thirds of the Senate.

So, as happened in Johnson’s case, a president can be impeached, but still remain in office. On May 16, 1868, the first Senate vote to remove President Johnson from office failed. Ten days later, the second vote also failed, by one vote.

President Johnson’s impeachment was the first in the history of the United States. The only other president to be impeached was Bill Clinton in 1998. He was also acquitted. Richard Nixon would probably have been impeached and convicted if he hadn’t resigned first.

Tensions after the end of the Civil War and the assassination of Abraham Lincoln were running high. Johnson’s method of Reconstruction would, for the most part, be a failure. Not because the South didn’t reunite with the Union, but more because it was so unpopular it almost caused war to break out once more. Violence and protest were the norm in the South after the Civil War until federal troops were removed in 1877.