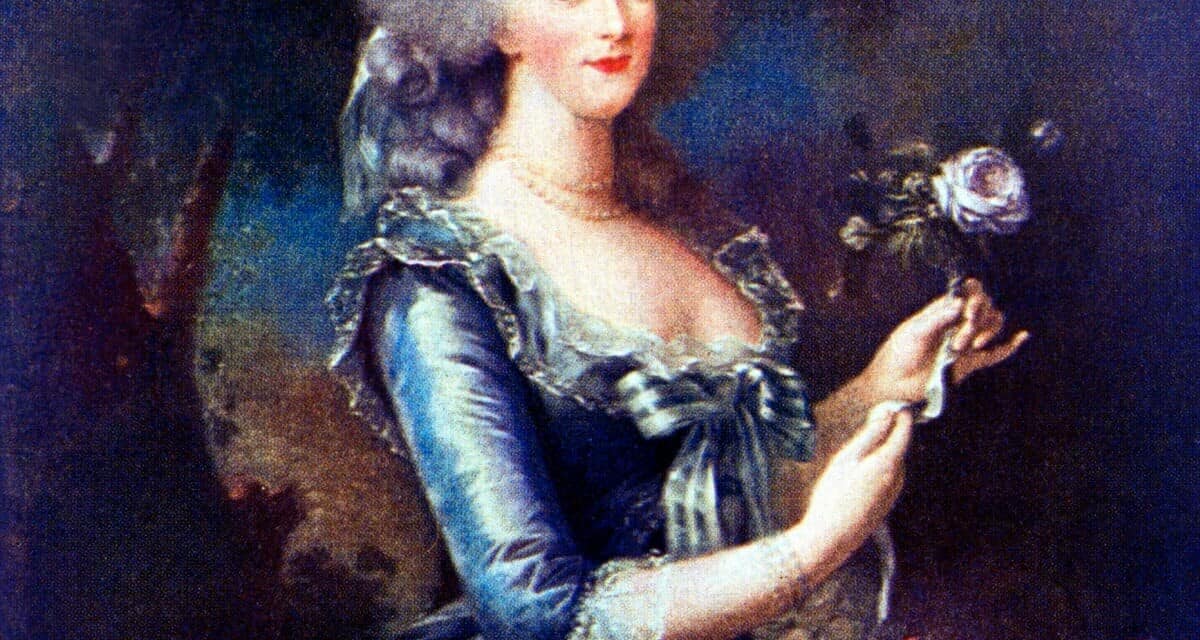 8. This King’s First Royal Act Was to Annul His Marriage to a Queen He Did Not Love

As soon as he regained his freedom, Henry of Navarre renounced Catholicism and joined the Protestant military forces. When Margaret of Valois’ brother Henry succeeded their sibling Charles IX to become King Henry III, her husband became next in the line for the French throne, since Henry III had no male heirs. However, the fact that Margaret’s husband was a Protestant complicated matter. Soon a three-way struggle, known as the War of the Three Henrys, erupted between Margaret’s brother King Henry III, her husband, Henry of Navarre, and her former lover, Henry of Guise.

In 1588, King Henry III had Henry of Guise assassinated, along with a brother who was a cardinal. That horrified the public and led to a collapse of the king’s authority throughout most of France. Henry III was assassinated by a monk in 1589, and Margaret’s husband, Henry of Navarre became King Henry IV of France. The Parisians barred the Protestant monarch from the city, however. The new monarch had no love for Catholics, but to secure the throne he converted to Catholicism, this time willingly, with the cynical remark that: “Paris is well worth a Mass“. One of his first royal acts was to arrange an annulment of his marriage to Margaret of Valois.

7. Love in the Family Seriously Harmed This Star’s Career

In the long history of showbiz, few marriages have ever been as catastrophic as that of Jerry Lee Lewis (1935 – ) and Myra Gale Brown. Born and raised in Louisiana, Lewis was an early pioneer of rock and roll who began recording in 1956. The following year, he became world-famous for his hit There’s a Whole Lotta Shakin’ Goin’ On. Soon thereafter came his signature song, the insta-classic Great Balls of Fire, one of Rolling Stone’s 100 Greatest Songs.

By then, Lewis had already gone through two failed marriages. He went ahead and divorced his second wife to tie the knot for a third time after he fell head over heels in love with Myra Gale Brown. There was a hiccup, however: the object of his affections happened to be his cousin, although once removed. It was not the only problem. An even bigger hiccup was that she was thirteen-years-old, and still believed in Santa Claus on her wedding night.

All jokes about Dixie and the Deep South aside, to marry one’s cousin, or tie the knot with a thirteen-year-old girl, were not exactly commonplace in Louisiana back in those days. On the other hand, they were not considered extreme, either. So in light of that background, Jerry Lee Lewis did not think Myra Gale Brown’s age, or the fact that she was related to him, were big deals. To the extent he was worried about a potential scandal, his concerns revolved more around the timing of the wedding than the age of the bride. Lewis’ third marriage had been performed before he had finalized the divorce from his second wife.

In the meantime, Lewis’ career and popularity continued to soar, not just in the US, but around the world. So an international tour was arranged. He was warned not to take his child bride with him on his first tour to Europe, but he was blinded by love and unwilling to be separated from his child bride, and ignored the warnings. He should have listened. When he arrived in Britain in May of 1958, Lewis introduced Myra to reporters as his wife. However, he claimed that she was fifteen – which was still shockingly young.

5. The Spectacular Crash of a Career

As reporters processed the fact that Jerry Lee Lewis had wed a girl so young, his child bride made things worse when, in an attempt to defend her love, she remarked that fifteen was not too young to marry. As she explained it, in her neck of the woods: “You can marry at 10, if you can find a husband“. Once the press on both sides of the Atlantic discovered Myra’s true age was actually thirteen, the backlash was fierce. The British press was particularly vicious. It labeled Lewis a “cradle robber” and “baby snatcher”, urged a boycott of his concerts, and called for his deportation as a child molester. Tour dates were canceled, and Lewis and Myra were forced to flee back to the US.

The scandal had crossed the Atlantic by the time the couple’s plane landed in New York, and the American press was no kinder than the British. Lewis had experienced a meteoric rise, and at the peak of his career, he rivaled Elvis Presley. It crashed and burned spectacularly, and his personal appearance fees dropped from the then princely sum of $10,000 a night to $250. He reinvented himself a decade later as a country singer and performed for audiences less offended by performers who married child brides who also happened to be blood relatives.

The Japan Times described Kazuko Higa as “a diminutive, lantern-jawed woman who could have been charitably called handsome“. Truth be told, she did not look like Hollywood’s image of a femme fatale. However, fate and the vagaries of war cast her into that role in real life and forced her into a series of marriages that always ended up catastrophically – especially for her husbands. It all began in June 1944, when the US Navy sank a convoy of three Japanese supply ships off Anatahan, a small Marianas island about 75 miles north of Saipan. 36 soldiers and sailors survived and swam to Anatahan, where they were taken in by the Japanese head of a coconut plantation and his wife. Soon thereafter, American forces invaded the Marianas, seized the main islands, and bypassed smaller ones like Anahatan.

The Japanese there lacked means of communications with their chain of command, and were cut off and effectively isolated from the outside world. Matters soon grew dire on the resource-poor island, as the castaways barely managed to keep body and soul together, and had to survive on coconuts, lizards, bats, insects, taro, wild sugar cane, and any edible that they could find. Things improved somewhat in January 1945, when a B-29 bomber, on its way back from a raid on Japan, crashed on Anatahan. The castaways scavenged the wreck and fashioned its metal into crude instruments and useful items such as knives, pots, and roofs for their huts. Parachutes were turned into clothes, the oxygen tanks were used to store water, springs from machine guns were fashioned into fishing hooks, nylon cords were used as fishing lines, and some pistols were recovered.

3. The Love Interest of Dozens of Marooned Men

Conditions remained difficult on Anatahan, but the timely crash of the B-29 saved the castaways who had faced slow starvation until seemingly divine aid fell from the sky. In addition to the daily struggle for survival, the island’s demographics further complicated the castaways’ plight and gradually produced Lord of the Flies dynamics. Unsurprisingly, thirty men stranded for years on a small island that contained only one woman led to problematic interactions, as the men competed for her affections. Their love interest, Kazuko Higa, had arrived at the island with her husband in 1944. However, he disappeared in mysterious circumstances soon after the castaways washed ashore.

So she married a Kikuichiro Higa as protection against the other marooned men. However, one of the castaways shot and killed her new husband, only to have his own throat slit soon thereafter by yet another suitor. Over the years, Kazuko Higa became a full-blown femme fatale, as she transferred her love and affections between a series of beaus. Each of them was violently assailed, chased off, or murdered, by some of the other frustrated guys. Matters were not helped when the men discovered how to ferment an intoxicating drink known as “tuba”, or coconut wine. As a result, they often drank themselves senselessly into stupors that lasted for days, interspersed with bouts of alcohol-fueled rage and fights.

2. Promiscuous Marooned Guys Kept Stabbing Each Other for the Love and Affections of This Femme Fatale

By 1951, there had been twelve murders on Anatahan, in addition to numerous fights, as the men violently vied for the love and affections of the island’s only female. One of Kazuko Higa’s wooers was stabbed with a knife on thirteen separate occasions by jealous rivals, yet returned to his amorous pursuit as soon as he recovered from each failed attempt on his life. In the meantime, elsewhere in the Marianas, American authorities learned of the Japanese on Anatahan after natives from nearby islands informed the US Navy of their presence. However, the small island was off the beaten path, lacked military significance, and the Japanese marooned there posed no threat.

So the castaways were allowed to languish in isolation as the war passed them by and went on to its climactic conclusion elsewhere. After Japan surrendered, authorities remembered the castaways, so printed leaflets were airdropped on Anatahan to inform its denizens that the war was over and direct them to surrender. However, the recipients dismissed the leaflets as propaganda and refused to believe that their government had thrown in the towel. The island was even less important after the war than it had been while the conflict raged, and its inhabitants were just as isolated and harmless to the outside world. So American authorities did not think it was worth the trouble to send in US forces to root them out.

1. The Sad Fate of “The Queen Bee of Anatahan”

For years, the Anahatan castaways were left to their own devices. From time to time, an airplane would drop leaflets over the island, to tell the marooned Japanese that the war was over and that they should surrender. However, the shipwrecked soldiers and sailors continued to disbelieve the leaflets’ veracity, and thus matters continued for years. Finally, in 1950 Kazuku Higa spotted a US vessel as it passed nearby, raced to the beach, flagged it down, and asked to be taken off the island. It was only then that the authorities learned that the Japanese on Anahatan did not believe that the war was over.

Their families were contacted, and they wrote letters to their kin to assure them that it was no enemy trick and that the war had, indeed, ended years earlier. The letters, along with an official message from the Japanese government, finally did the trick. They surrendered in 1951 and were shipped back to Japan, where their story became a sensation and resulted in numerous books, plays, and movies. The most well-known of the Anatahan castaways, Kazuku Higa, was nicknamed “The Queen Bee of Anahatan Island” by the Japanese press. She found temporary fame as a tropical temptress, sold her story to newspapers, and recounted it to packed theaters. However, after the public lost interest, she fell into prostitution and abject poverty, and eventually died at age of 51 while employed as a garbage collector.

Beyond the Palette – The Barfing Bride

Fersen, Hans Axel – Diary and Correspondence of Count Axel Fersen, Grand Marshal of Sweden, Relating to the Court of France (1902)

Goldstone, Nancy – In the Shadow of the Empress: The Defiant Lives of Maria Theresa, Mother of Marie Antoinette, and Her Daughters (2021)

Greengrass, Mark – France in the Age of Henri IV: The Struggle for Stability (1984)

History Ireland – Camila O’Gorman: A Rose Among the Thorns