The Fight for Democracy: 10 Significant Events of the French Revolution 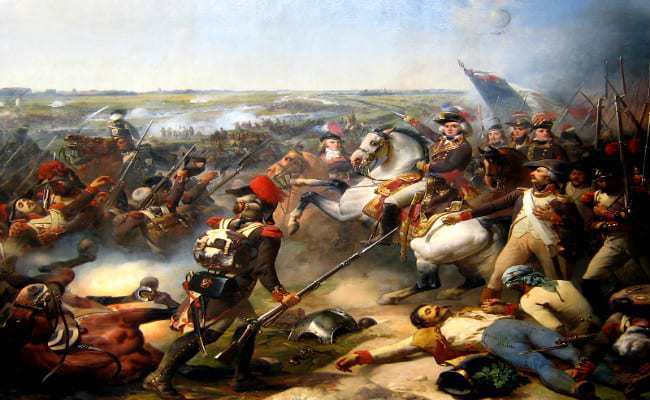 The Fight for Democracy: 10 Significant Events of the French Revolution

Like many other rebellions, the French Revolution was the result of angry citizens who were fed up with those in charge. The monarchy had led the country into heavy debt problems, extremely high taxes that were forced on the poor, bad harvests leading to starvation – the issues were endless. Those prepared to make a stand simply wanted equal rights for all – a concept that has still managed to evade many countries even today.

Refresh your memory on one of the most influential eras in European history, which went on to inspire numerous more revolutions around the world.

10. The Meeting of the Estates General 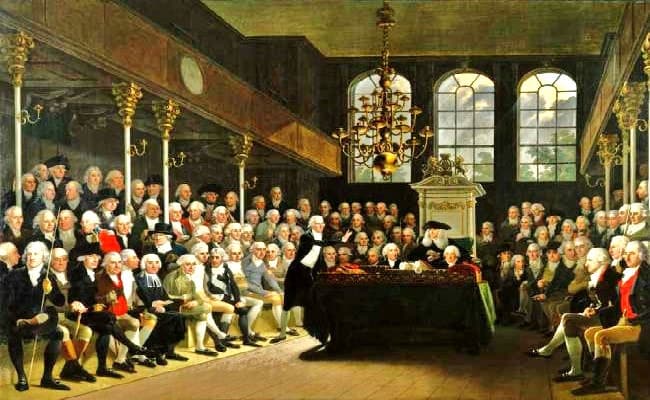 The Estates General would gather together to make important government decisions. The three classes of representation – the nobles, the clergy and the remaining public – all only carried one vote each, so the nobles and the clergy could easily overrule the majority of the population in most matters.

However, in May 1789, King Louis XVI brought the Estates General together with an aim to figure out a solution to the monarchy’s financial crisis. The Third Estate were sure they would be forced to bear the brunt of the financial burden, so they decided to form their own National Assembly to counter it. From then on, they would gather at an indoor tennis court, pledging themselves to the so-called Tennis Court Oath and vowing to keep going until a new constitution was drafted.

9. The Bastille Fell Under Attack 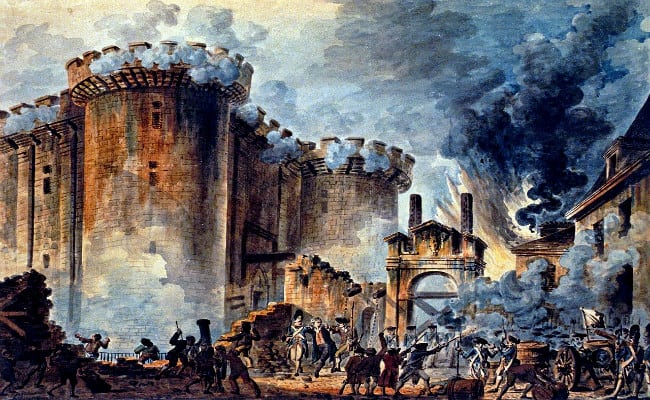 Once a well-known fortress in Paris, the Bastille had fallen into housing political prisoners. On July 14, 1789, an angry mob decided to march on the Bastille, intent on tearing down what was considered a symbol of their city. The troops in charge only sustained their ground for a few hours before succumbing to the force of the mob. After hearing the news about the fortress crumbling to the ground, brick by brick, King Louis XVI withdrew the royal troops from the French capital only to realize he couldn’t reverse the start of the Revolution.

8. The March Towards Versailles 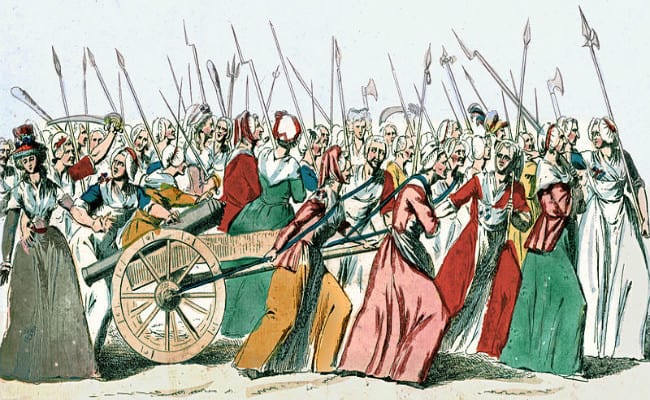 The French peasants were hungry, unemployed and restless. In response to the abundant wealth of the rich, a large crowd of mostly women decided to march from Paris to the Palace of Versailles in October. They despised the way that the French nobility overlooked their pain and suffering, especially that of Queen Marie Antoinette, the Austrian socialite who paraded her wealth. The crowd descended on the Palace, shouting at the King to come and see the way they lived their lives. Reluctantly, the King followed, hoping to settle the people’s anger and frustrations.

7. The Royals Flee, But Get Caught in Varennes 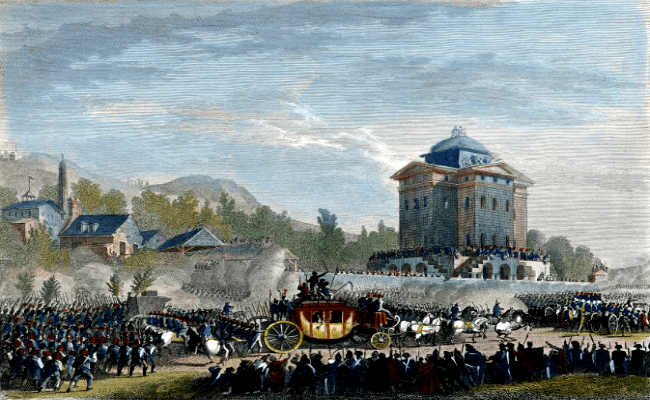 The National Assembly was still hoping to come to an agreement on a new constitution for France. Members of the Assembly wanted to put restrictions on the King’s authority – an idea that was quickly refuted by Louis XVI and Marie Antoinette. Hoping to flee to escape this new possibility, they decided to leave France for Austria. On June 20, 1791, the royal family left, but only managed to make it a few miles shy of the border before getting recognized in Varennes. Not only were they forced to return, but the French people now knew they were against their plan for a new Constitution. 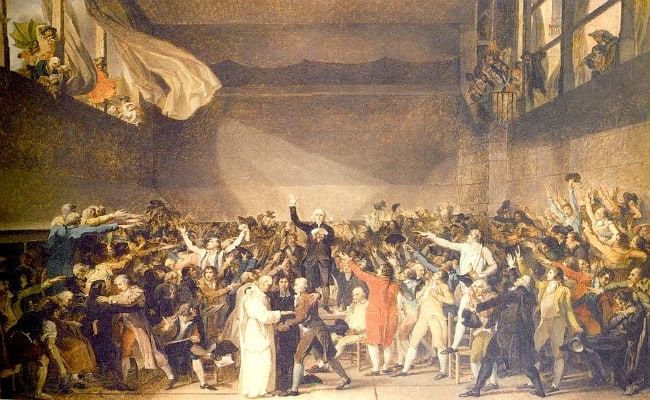 While the long awaited provisions were finally initiated on September 30, 1791, France’s National Assembly was brought down to be replaced by a new political unit called the Legislative Assembly. Though France still had some sort of control in office, however, the agreement to not instate any members of the previous assembly into the new parliament resulted in a faction of members with no valuable political experience.

5. The Onset of War Began

Whether or not to instigate war was the highest priority during debates in the new Legislative Assembly. After all, France’s call for revolution made tensions rise in other surrounding countries, and was regarded as both fearsome and hostile by other European monarchies.

But within the borders of France, the support for war was indeed growing as well. King Louis XVI and hardcore monarchists were in favor of war, believing that foreign armies could easily overthrow the new assembly. Meanwhile, the revolutionaries themselves were angling for it too, hoping to unify the nation and spread the ideas of the revolution to the rest of Europe. Therefore, on April 20, 1792, France set everything in motion, declaring war on Austria.

4. The Royal Family Were Once Again Attacked at Tuileries Palace By summer of 1792, the French government was faced with the invading Austrian army and its Prussian allies. Things remained in upheaval in France as well, since the King was viewed as a traitor and the Legislative Assembly was still divided into too many political ideologies.

On August 10, 20,000 people descended upon the Tuileries Palace. While the King and Queen had escaped to the Legislative Assembly for help, they merely decided to place them under arrest. The Revolution was becoming more radicalized and hundreds of suspected royalists were murdered in what became known as the “September Massacre”. Overall, the majority of the French people were simply running for their lives. 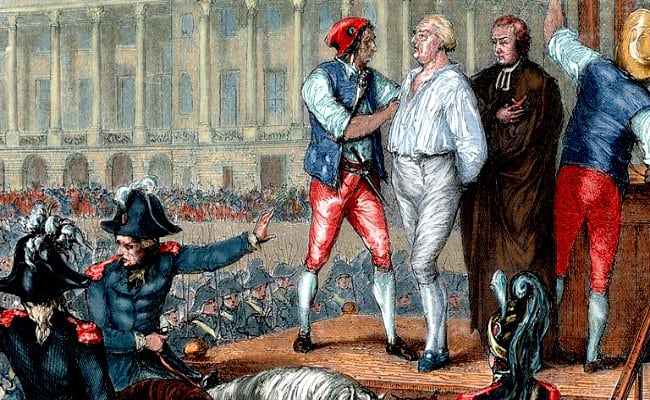 Once again, a new political body named the National Convention overtook the previous Legislative Assembly. Their first order of business was to declare France as a republic on September 21, 1792. Beyond that, the French military managed to thwart the onset of the Austrians and Prussians.

However, the most attention surrounded the fate of the former King Louis, who was charged with treason. He was convicted and found guilty, and the vote on the death penalty was also passed. So, by January 21, 1793, Louis was driven through the streets of Paris and met his fate at the drop of the popular guillotine. He was quickly decapitated. Marie Antoinette had a short trial herself, as she was accused of numerous crimes too. Despite many of her “crimes” coming about on false rumor, by October 16 she too was found guilty and was decapitated the same day, just like her husband.

2. The Reign of Terror 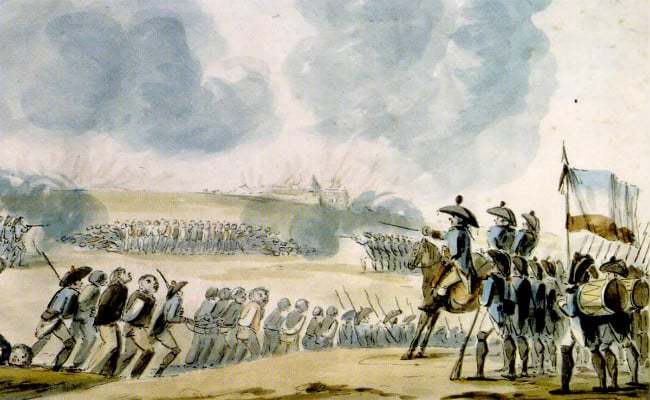 Under the new National Convention was a Committee of Public Safety, led by the new man in charge, Maximilien Robespierre. He took over the Committee, establishing himself as the leader of the so-called “Reign of Terror.” Apparently, it was his wish to banish any enemies of the revolution in France, opting to protect the “virtue” of the nation.

From September 1793 to July 1794, Robespierre called on an estimated 16,000 people to be guillotined, including radicals, moderates and most leaders of the French Revolution that hadn’t been able to flee beforehand. Opposition to his rule quickly began to grow, both in the Committee of Public Safety and within the National Convention. On July 27, 1794, Robespierre was arrested himself and met the same fate by guillotine that so many had before him, under his order.

1. Napoleon Arrived on the Scene 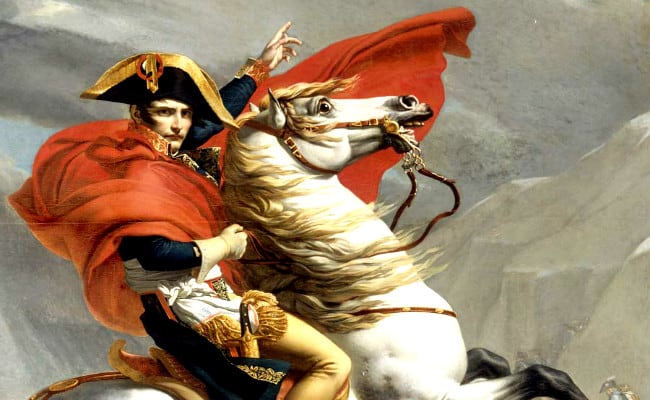 After Robespierre was taken out of the spotlight, the National Convention once again created a new constitution, with the new “Directory” leading the country. This was a bad call, as the Directory almost immediately fell to corruption, political conflict, and financial problems.

And by 1799, a successful military commander named Napoleon Bonaparte swept in to dissolve the Directory and establish himself as the First Consul of a new order in France.