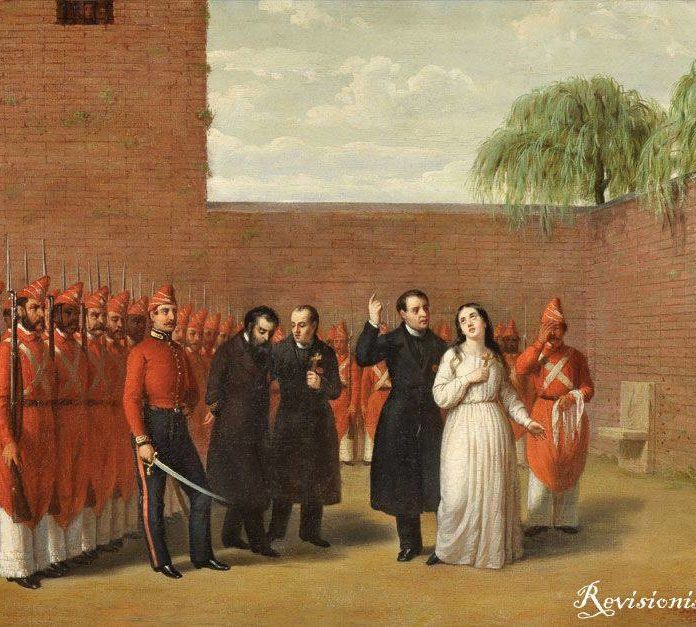 For most couples throughout history who made marriage work, it was less a fairy tale ending and more of a muddling through until parted by death. While “and they lived happily ever after” does happen in real life, it is not the norm, lying instead at an extreme end of the spectrum of marital fates. At the other end of that spectrum are catastrophic marriages that were not blessed by a fairy godmother, but cursed by a wicked witch.

Medieval Scholar Impregnates and Marries Student, and Her Family Go Medieval on Him

Romeo and Juliet might be the world’s best known star crossed lovers, but they are fictional characters, conceived in the imagination of William Shakespeare and brought to life by his quill. For real life star crossed lovers, perhaps none are more famous than Heloise and Abelard, two medieval scholars whose romance ended as painfully – especially for him – as it gets.

Peter Abelard (1079 – 1142) was born into minor French nobility in Brittany, and from an early age, he exhibited a love of learning that marked him for a life of scholarship. His father encouraged him to study the liberal arts, and by his early 20s, Abelard was famous for his debating skill, particularly in philosophy. Like some super smart people, however, he also gained a reputation for arrogance.

By 1115 Abelard was an accomplished theologian, the master of Notre Dame, and a canon in the archdiocese that included Paris. That was when he ran into Heloise d’Argenteuil (circa 1095 – 1164), who lived in the precincts of Notre Dame under the care of her uncle, a secular canon named Fulbert. A rarity in her day, Heloise had mastered Latin, Greek, and Hebrew, and had gained renown for her knowledge of classical studies.

Abelard wormed his way into Fulbert’s household, claiming that he could not afford a place of his own, and offering to tutor his niece in lieu of rent. Fulbert agreed, tutor and pupil soon hit it off, and in 1115, Heloise and Abelard began an affair. It was torrid, and given their circumstance, the duo were too blinded by their passion to pay heed to the risks involved.

She lived in convent, but snuck out, or he snuck in, whenever possible. They got physical whenever and wherever they could, making love in gardens at night, in her convent cell, in the convent’s kitchens, and in her uncle and guardian’s bedroom. She eventually got pregnant, so Abelard arranged for her to visit his family in Brittany, where she gave birth to a son.

Unfortunately for the lovers, and especially for Abelard, his arrogance betrayed him: he started boasting of his conquest. Word got back to Fulbert, Heloise’s uncle and guardian, and things took a turn for the worst. To appease Fulbert, the duo got secretly married, but when her uncle disclosed the marriage, Heloise denied it in an attempt to protect her husband’s career.

Abelard sent her to a convent to protect her from her uncle, where she pretended to be a nun. Her uncle interpreted that as Abelard trying to bury the scandal by forcing Heloise to become a nun. The enraged Fulbert set out to make Abelard pay for defiling his niece. So he hired some thugs to break into Abelard’s room one night, where they beat him up, then castrated him.

After recovering from his injuries, Abelard became a monk and retired to a monastery. He cajoled Heloise, who was reluctant to become a Bride of Christ, into becoming a nun for real. Eventually, Abelard got over the trauma and resumed lecturing and writing. Heloise became prioress of her convent, and the duo spent the rest of their lives writing each other letters.