The Lunatic Who Wrecked Napoleon and Nutty Events From History

The Lunatic Who Wrecked Napoleon and Nutty Events From History 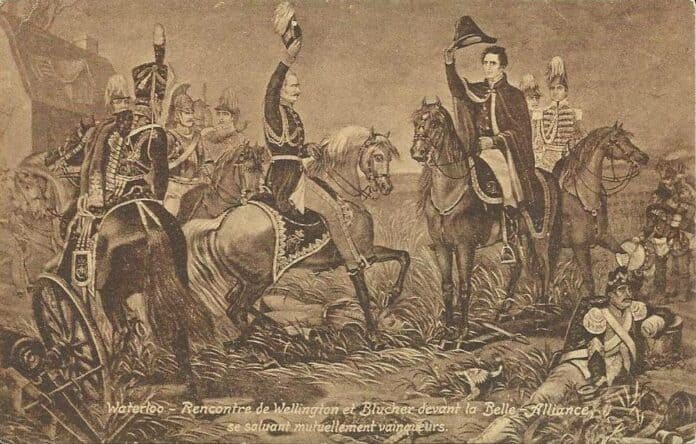 Throughout history, many a lunatic has risen to a position of power, from which he played an outsized role in shaping events. Take the lunatic general who destroyed Napoleon, despite being deluded that he was pregnant with a baby elephant. Or the pope who took vindictiveness to lunatic levels by digging up and trying the corpse of a predecessor. Or the Caliph who adopted some, let us say, “unusual” consumer protection measures. Following are forty things about some of history’s most lunatic events and people.

40. The Lunatic Who Spiked Napoleon’s Career

At the Battle of Waterloo in 1815, the Duke of Wellington conducted a tenacious defense against attacks by Napoleon’s forces. As the day wore on, the pressure steadily mounted on Wellington’s army, as the intensity of French onslaughts increased. By that day’s afternoon, notwithstanding the stoicism and courage of his men, Wellington knew that his enemy was slowly gaining the upper hand. He was saved from possible defeat by the arrival of an allied Prussian army in the nick of time.

The Prussians fell upon the French right flank, and turned the tide of the battle. Their relentless pursuit of the defeated foe afterwards turned the French retreat into a rout, and spiked Napoleon’s career for good. The timely Prussian intervention was commanded by Field Marshall Gebhard Leberecht von Blucher. Nicknamed Marshal Vorwarts (“Forward”) for his aggressive style, Blucher was a capable battlefield general despite being an out-and-out lunatic, prone to delusions. Among them was the then-72-year-old Blucher’s belief that he had been impregnated by a Frenchman, and that he was about to give birth to a baby elephant.