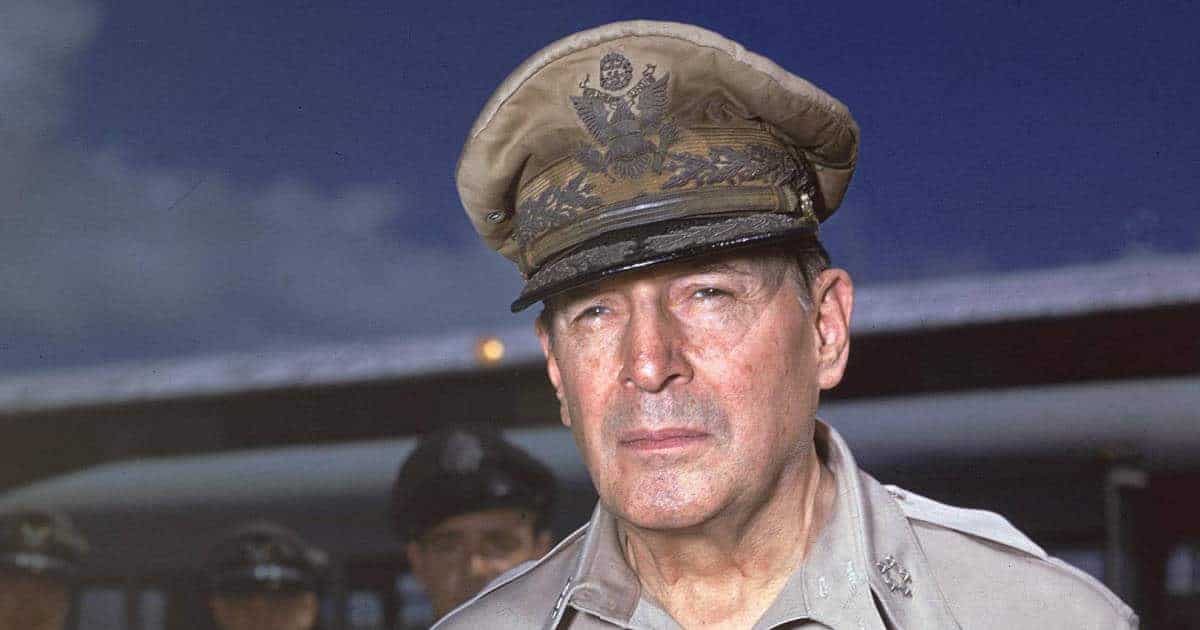 On the surface, Douglas MacArthur appears to have had an extraordinarily successful military career. He attained the rank of five-star general and was the Field Marshal of the Philippine Army. MacArthur also won a variety of awards including the Medal of Honor, Distinguished Service Cross (three times), Silver Star (seven times), and the Purple Heart (twice) among other medals. However, MacArthur has not fared too well in the annals of history as a growing number of people believe he was an extremely overrated commander.

In fact, certain polls rate him among the worst American commanders alongside luminaries such as the treacherous Benedict Arnold and incompetent Ambrose Burnside. According to his critics, MacArthur was arrogant and insubordinate; he also has the unique distinction of quarreling with three presidents.

On the other hand, defenders of MacArthur claim that he displayed a near-flawless command performance in World War II and groomed some of America’s greatest commanders. If nothing else, MacArthur is certainly one of the most polarizing military figures of the twentieth century so let’s dig a little deeper into the life and times of the Gaijin Shogun.

MacArthur was born in Little Rock, Arkansas in a military barracks on January 26, 1880. His father, Arthur MacArthur Jr., was a captain in the United States Army. His early years were spent moving to different Army posts in the Old West. According to MacArthur, he was able to shoot and ride before he could read and write. His family moved to Washington D.C. in 1889, and he attended the Force Public School.

After his father was transferred to San Antonio, Texas, in 1893, MacArthur enrolled in the West Texas Military Academy. As well as playing shortstop on the baseball team and as a quarterback on the football team, MacArthur was named valedictorian. Nonetheless, he was unable to gain a spot in the famous West Point Military Academy.

Unperturbed, the young MacArthur worked diligently and was finally accepted into West Point; he joined on June 13, 1899. He reached the level of First Captain by his third year and achieved the third highest academic score ever recorded at West Point as he graduated top of his class in June 1903. During his time at West Point, he was involved in a hazing controversy and was even called to testify in front of a Congressional committee in 1901.

MacArthur visited a number of countries including the Philippines, India, China, and Singapore during his early military career. He had received his first command in 1908 at Fort Leavenworth so by the time America entered World War I; MacArthur was already an experienced soldier. By 1915, MacArthur reached the rank of major in the War Department and in 1917, he was the colonel and chief of staff of the 42nd Division that first saw action in February 1918. MacArthur won several awards during the war including several Silver Stars. He was well on his way to the top, but his military career is marred by unsavory incidents.

In military terms, MacArthur enjoyed a relatively rapid rise to the top. He became the Superintendent of the United States Military Academy at West Point in 1919; the youngest man to land the role in over a century. By 1925, he had become the youngest major general in the Army, and he became President of the American Olympic Committee in 1927. By 1930, MacArthur was back in America having spent years in the Philippines. At this point, he began referring to himself in the third person and was intent on presenting a positive image of himself to the American public.

He made a few enemies during the Bonus March of 1932. The Great Depression led to cuts in the Army’s budget and staffing and in July 1932, a large group of down-on-their-luck veterans descended on Washington in search of bonuses they were not yet entitled to. Although he wasn’t in charge of the operation, MacArthur led the troops, and they used tear gas to disperse the veterans. It was a PR disaster as the distasteful incident made MacArthur unpopular with a large segment of the American people.

The notion that MacArthur succeeded in his command positions in World War II is severely challenged when you dig into the facts. He had been made Field Marshal of the Philippines Army in 1935 and was named commander of the United States Army Forces in the East in 1941 during World War II. He ultimately became general on December 20, 1941. His conduct during the Philippines Campaign is mired in controversy.

Somehow, despite receiving more than adequate warnings from Washington, and after hearing about the attack on Pearl Harbor, MacArthur was caught by surprise. Rather than allowing his air commanders to strike enemy bases in Formosa, he did nothing, and his air force was almost destroyed on day one. Despite holding a numerical advantage, MacArthur failed to hold the Philippines.

Rather than facing punishment or at least criticism, he received $500,000 from the President of the Philippines for pre-war service and the Medal of Honor from his own country. Instead of showing heroism during the campaign, MacArthur had hidden in an underground bunker and earned the derisive nickname ‘Dugout Doug.’

His performance in the New Guinea campaign was little better. MacArthur was arrogant toward the Australian and American forces he commanded and his failure to anticipate Japanese moves led to the needless deaths of thousands of troops. He was notorious for not learning from his mistakes which caused frustration amongst his men.

After his failure in the Philippines, MacArthur claimed that “I will return” and he was true to his word by coming back in 1944. The problem was, that it was a selfish move with no real strategic value. Bizarrely, he declared the island of Leyte as ‘secure’ in December 1944 even though there were over 280,000 enemy soldiers left. It took months and tens of thousands of deaths to secure the island finally. If Dugout Doug made blunders in World War II, it got a whole lot worse.

By the end of World War II, MacArthur had been embroiled in more controversy than one could reasonably expect during a military career but he was far from finished. The notorious Unit 731 was a Japanese biological and chemical warfare research and development team. Rather than being tried and punished for their hideous crimes during the war, Unit 731 received immunity in exchange for germ warfare data. MacArthur was in charge of confirming and enforcing war crime sentences handed down by the International Military Tribunal for the Far East, so he had a major say in allowing Unit 731 to avoid punishment.

After becoming the Supreme Commander for the Allied Powers in Japan, MacArthur was responsible for helping Japan rebuild after the Second World War. He handed over power to Japan in 1949. Within a year, America was involved in the Korean War, and once more, MacArthur was called upon to take command. Things began well as MacArthur’s men were able to outflank the North Koreans, recapture Seoul and force the enemy to retreat home in disarray.

Alas, MacArthur’s arrogance once again cost many lives. The CIA warned him that the Chinese had around 200,000 troops in North Korea with more to come. As was the case in World War II, MacArthur ignored the information and was stunned when his army was overrun by a massive Chinese force. He had to retreat within weeks of the attack and Seoul fell again in January 1951. Tired of MacArthur’s incompetence and his public statements which contradicted what was coming out of the White House, Truman removed MacArthur from command.

That the decision was met with public disapproval speaks volumes about MacArthur’s masterful cultivation of his public image. He made his last official appearance on April 19, 1951, and retired from military service. After his failure to win the Republican nomination for President in 1952, he moved to New York City with his family and lived in suites at the luxurious Waldorf-Astoria Hotel. Even in his twilight years, MacArthur was able to advise presidents; he spoke to President Kennedy soon after the Bay of Pigs Invasion in 1961. He died of biliary cirrhosis on April 5, 1964, and received a state funeral.

Even today, the mere mention of MacArthur’s name engenders fierce debate. On the one hand, he was a highly decorated war hero who reached supreme heights within the United States Army. He was a five-star general and Field Marshal who commanded troops in World War II and the Korean War.

On the other hand, MacArthur managed to avoid a lot of public criticism in his lifetime due to a well-crafted public image. His blunders in the Philippines and New Guinea campaigns would have ended the careers of other men. MacArthur was able to bumble on for several more years. Even in the end, he still carried enough respect to ensure President Kennedy called upon him for advice. So readers, do you believe MacArthur deserves criticism or should he receive some leeway?