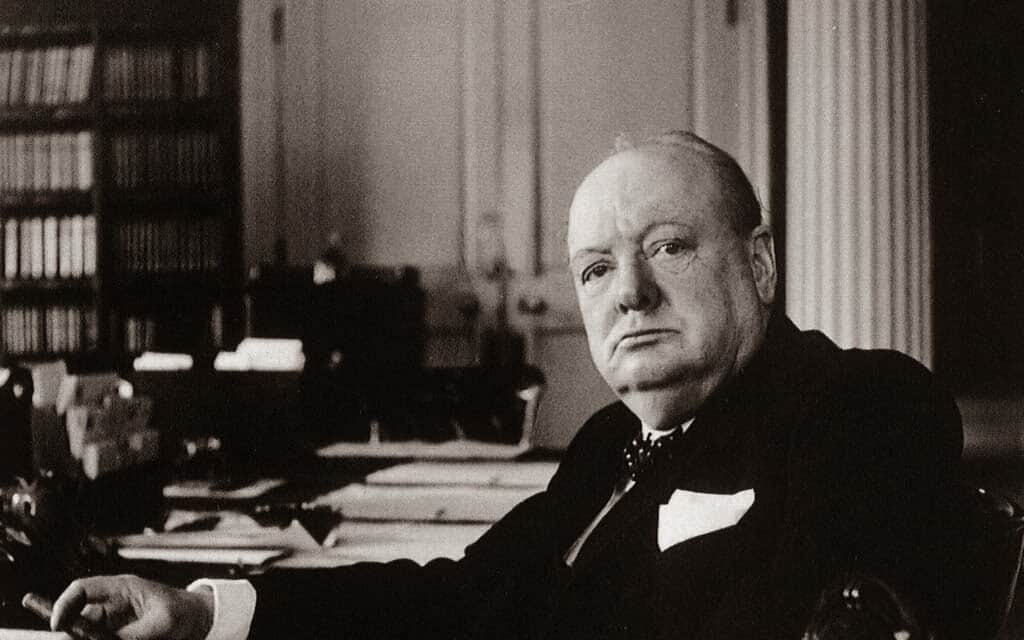 7. A Revolutionary Weapon That Was Also a Blunder

In nine months, the 3000 tons of explosives dropped by V2s killed 2754 people. Most were not not soldiers, but civilians whose deaths, while tragic, did not impede the Allied war effort by much. By contrast, over 20,000 workers, mostly slave laborers, died as they manufactured V2s. That gave the rocket the tragic distinction of being perhaps the only weapons system in history whose production cost more lives than did its actual use. Thus, when results are contrasted with cost, V2s literally produced little bang for the buck.

6. A Huge Blot on the Reputation of an Otherwise Great Man

Winston Churchill was one of the twentieth century’s giants, and a hero of the modern era. He is rightly celebrated for his tenacity and steadfastness early in WWII, when he rallied a reeling Britain and kept up the fight against Nazi Germany – the first step in the Third Reich’s defeat. However, Churchill was a complex man, and there was far more to him than the year or so when he and Britain held the line against the Nazis, until joined by the USSR and USA. In a public career that lasted more than half a century, Churchill had no shortage of missteps, or outright villainous misdeeds, that contrast jarringly with the nobility of his heroics against Hitler.

One such misdeed was his WWII decisions about food distribution in India, which led directly to the deaths of roughly three million Indians in Bengal. Millions more were plunged into abject poverty as the crisis wreaked havoc upon the region’s economy and tore asunder its social fabric. Blunder after blunder lay at the heart of all aspects of the tragedy, from its avoidable start, to policies that made things even worse, to a cruel indifference and reluctance to alleviate the resultant widespread misery.

5. British Authorities Destroyed the Rice That Fed the People of Bengal

The British Empire had long justified itself with the claim that it governed for the benefit of its colonized subjects. However, its conduct during the Bengal Famine of 1943 gave the lie to such pretenses. In the years that preceded the famine, many Bengalis had barely eked out a subsistence from their lands, supplemented by imported rice, mainly from Burma. When the Japanese conquered Burma in 1942, Bengal was cut off from those imports, and millions of Bengalis were brought to the edge of starvation. Then the British implemented measures that tipped them over into famine.

When Japan conquered Burma, the British feared that nearby Bengal might be next. So the colonial authorities adopted a scorched earth policy to deprive the Japanese of the region’s resources if they overran it. That entailed a “Denial of Rice” policy, which came down to the removal or destruction of rice and other foodstuffs in Bengali districts that had a surplus. As it turned out, the Japanese had reached their limits at India’s border, were in no position to advance further, and were hard pressed to hang on to what they already held. The people of Bengal would pay dearly for their British overlords’ blunder in overestimating the Japanese.

4. Blunder Followed Blunder Throughout the Course of the Bengal Famine

In what turned out to be yet another huge blunder, British authorities also destroyed thousands of boats throughout Bengal, out of fear that they might fall into the hands of the Japanese. Unfortunately, those boats were vital to the local economy and the transportation of food. With traditional rice imports from Burma cut off, home grown surpluses unnecessarily destroyed by the alarmed British, and the means to transport what little food surplus remained wrecked, famine roared through Bengal. Relief efforts were hampered by Churchill’s decision to divert food shipments intended for the starving Bengalis to already well-supplied British soldiers in the Mediterranean.

Ships loaded with wheat sailed past Indian cities whose streets were littered with the corpses of those starved to death, in order to add to the stockpiles of food in Britain. Simultaneously, offers of Canadian and American food aid to the famished Indians were turned down by Churchill’s government, even as it prohibited India from using its own sterling reserves or its own ships to import food. Indeed, India was made to export over 70,000 tons of rice in the first half of 1943, even as millions of Indians starved to death.

3. Churchill Disavowed British Responsibility for the Bengal Famine, and Blamed the Indians Instead

The colonial government in Delhi sent the British Prime Minister in London a telegram to inform him of the famine in Bengal and that millions of Indians were dying. Winston Churchill churlishly replied: “Then why hasn’t Gandhi died yet?” The Viceroy of India described Churchill’s attitude towards India as “negligent, hostile, and contemptuous“. Churchill was unrepentant, however. In addition to being shockingly callous about the millions of deaths sure to result from his orders, he seemed viciously gleeful about the predictable consequences when they actually occurred. As he put it, referring to the deaths of millions of Bengalis under his watch: “I hate Indians. They are a beastly people with a beastly religion. The famine was their own fault for breeding like rabbits“.

Nowhere in Churchill’s assessment was there any recognition of the fact that it had taken blunder after blunder by British officials to produce that famine. That was colonialism in a nutshell: an imbalance of power between colonists and colonized. It created dynamics whereby respected figures such as Churchill, widely praised for their moral virtues, could engage in morally reprehensible conduct without any qualms. It allowed the government that ruled both Indians and Britons to callously tolerate famine in India, yet remain sensitive to British views that bread rationing in wartime Britain was an intolerable imposition.

2. An Egyptian Leader’s Blunder in Provoking a War He Was Not Prepared to Fight

In the runup to the Six Day War, June 5th – 10th, 1967, tensions between Israel and her Arab neighbors climbed steadily. Raids from Palestinian guerrillas based in Syria, Jordan, and Lebanon, increased, and elicited massive Israeli reprisals. That put Egypt’s President Gamal Abdel Nasser in a bind. He was the Arab world’s most popular politician, a hero of the masses for his defiance of Britain, France, and Israel during the Suez Crisis of 1956. Now, however, he was criticized his failure to aid other Arab states against Israel. He was also accused of hiding behind a UN peacekeeping force stationed on the Israeli-Egyptian border.

Nasser knew that the Egyptian military was in no shape to fight Israel, but he wanted to retain his stature in the Arab world by bluster and bluff. He broadcast increasingly heated speeches that threatened Israel, and sought to convey his seriousness with demonstrations short of war. However, Nasser got carried away with his own rhetoric, and escalated the demonstrations beyond the point of prudence. He began to mass Egyptian forces in the Sinai. A few days later, he requested the withdrawal of the UN peacekeepers who separated the Israeli and Egyptian forces. A few more days, and he closed to Gulf of Aqaba to Israeli shipping. A week later, Jordan’s king arrived in Egypt to ink a mutual defense pact, followed soon thereafter by Iraq. Nasser had intended the whole affair as bluster, but it turned out to be a grave blunder.

1. Too Much Bluster Turned Out to Be a Grave Blunder

Unfortunately for Gamal Abdel Nasser and his allies, what might have been intended as bluff seemed all too real from an Israeli perspective. Moreover, the Israelis, who actually were prepared for war, had long been itching for an excuse to cut Nasser down to size. So on June 5th, 1967, they launched preemptive air strikes that destroyed 90 percent of the Egyptian air force on the ground, and put paid to Syria’s planes as well. With aerial supremacy secured, the Israelis then launched ground attacks that routed the Egyptians and seized Gaza and the Sinai Peninsula within three days. They also routed the Jordanians and seized Jerusalem and the West Bank within two.

Egypt and Jordan accepted a UN ceasefire but the Syrians unwisely did not. So the Israelis attacked Syria on June 9th, and captured the Golan Heights within a day. Syria accepted a cease fire the following day. The defeat was humiliatingly lopsided: about 24,000 Arabs killed vs 800 Israelis, with similarly disproportionate rates for wounded and equipment losses. It was a huge blunder by Nasser. His prestige in the Arab world, which he had sought to burnish with warlike rhetoric and demonstrations short of war, took a severe hit from which it never recovered.

British Battles – Battle of Kabul and the Retreat to Gandamak

Darlymple, William – Return of a King: The Battle for Afghanistan (2013)

History Extra – Mary Rose Facts: When and How Did Henry VIII’s Flagship Sink?

Security and Surveillance History Series, 2018/1 – A Formidable Responsibility: The Rise and Fall of the New Zealand Security Intelligence Bureau 1940-1945

Tharoor, Shashi – Inglorious Empire: What the British Did to India (2017)

Yarmolinsky, Avrahm – Road to Revolution: A Century of Russian Radicalism (1955)