Ten Things About Himmler That You Do Not Know 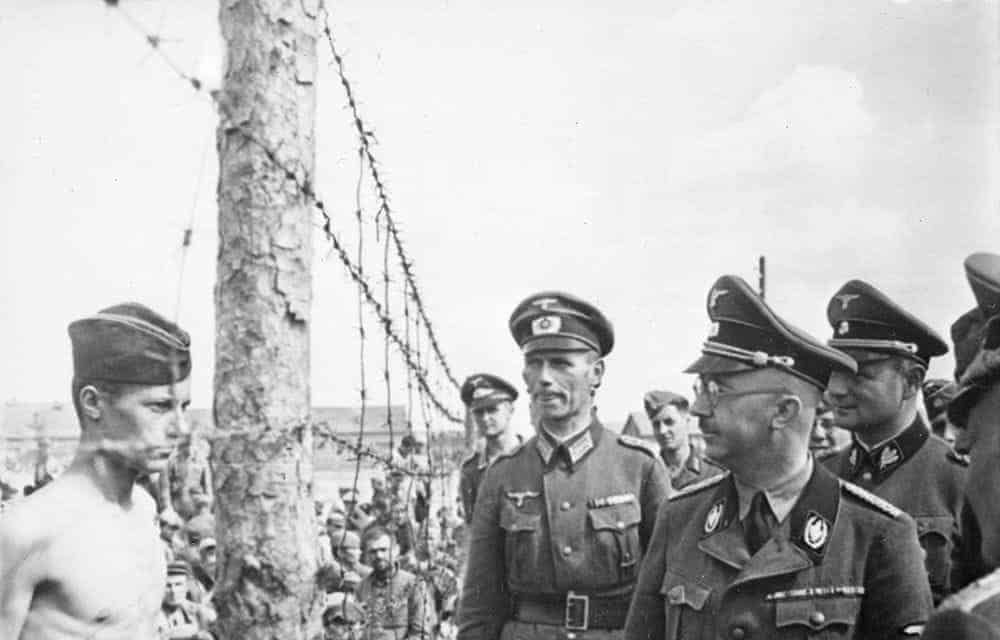 Ten Things About Himmler That You Do Not Know

Himmler was one of the most powerful men in the Nazi State. He was a fanatical Nazi and loyal to Hitler almost to the end. Himmler under orders from Hitler founded the SS and under him, it became a fearsome force, that killed countless. Himmler was also a very important figure in the Holocaust and his SS were instrumental in the killing of Jews and others during the war years.

1. Himmler was a civil servant- a born pen-pusher. He often drove his fellow officers mad with the amount of records and paperwork he kept. He also expected his subordinates to do the same and the SS was very bureaucratic.

Heinrich Himmler was openly referred to by Hitler as his ‘loyal Heinrich’. Himmler was proud of his unquestioning loyalty.

His godfather was Prince Heinrich of Bavaria. Himmler was to have close links with the Bavarian Royal Family right up until his death and was very proud of his links to royalty.

Himmler loved gardening. He had gardens in most places he had offices, personally tended by Himmler. His love of gardening led him to develop a ‘back to nature’ campaign for Germans.

Himmler was hated as a child. His father was the principal of his school and he would often do his father’s bidding. He would spy on other children and report them for any breaches of the rules and regulations.

He had a poor relationship with his son but was very fond of his daughter. She is believed to have remained a committed Nazi until her death. In general, Himmler was a cold man, who was not even close with his wives. He also had several affairs but he was always regarded by his mistresses as somewhat distant and aloof.

Himmler was very much involved in the Final Solution. He inspected concentration camps regularly in order to ensure that they killed ever more innocent people. He personally oversaw the introduction of the gas chambers in the concentration camps. He demanded that every concentration camp met its quota- that was killing a set number of Jewish and other victims.

9 He betrayed Hitler when even he could see that the Nazi Regime was doomed. he fled from his office in Berlin and wrote a letter that he was seeking to secure a negotiation with the Soviet Union. Himmler ran off to his native Bavaria and he was later arrested by the allied. Before they could put him on trial he took a cyanide pill and died in his jail cell. His exact burial place is unknown.

Himmler was a mystic and he was very interested in the occult and dark magic. He saw the SS as some mystical brotherhood. Himmler was not alone in this, as many Nazis had similar mystical inclinations and beliefs.