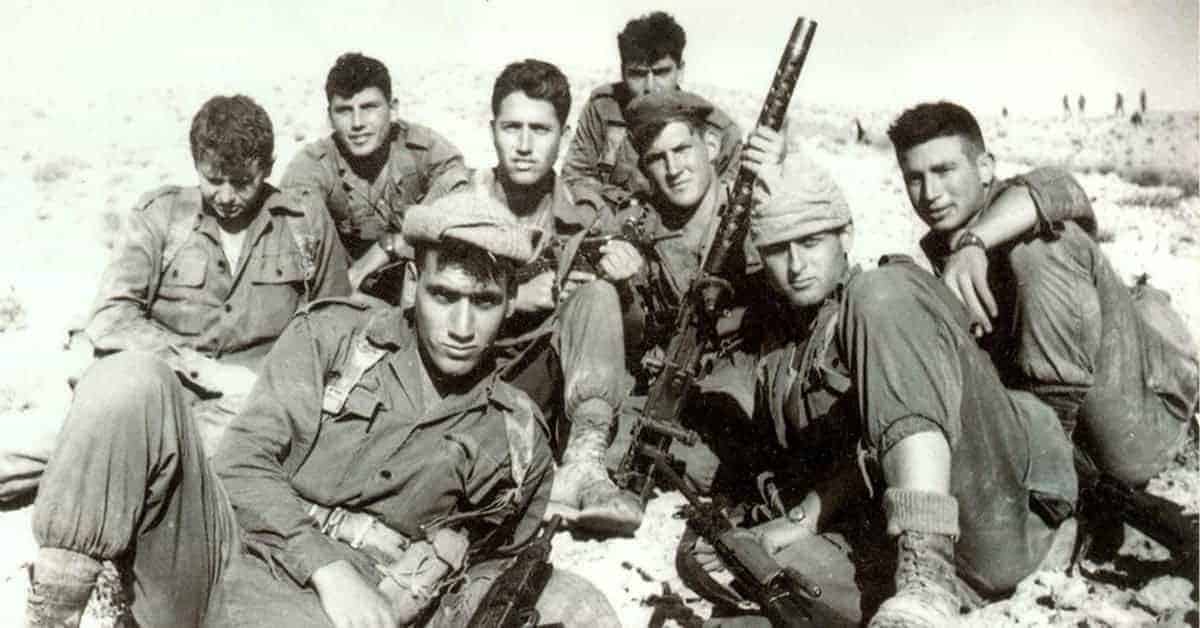 The Six-Day War was fought between June 5-10, 1967 by Israel and the neighboring states of Egypt (known at the time as the United Arab Republic), Jordan, and Syria.

The Arab states and Israel had never normalized since Israel had become a state in 1948. In 1964 the Arab League convened in Cairo and announced: “… collective Arab military preparations, when they are completed, will constitute the ultimate practical means for the final liquidation of Israel.”

In 1966, then-defense minister Hafez Assad, who went on to become Syria’s president, declared: “Strike the enemy’s settlements, turn them into dust, pave the Arab roads with the skulls of Jews…We are determined to saturate this earth with your (Israeli) blood, to throw you into the sea.”

Nine days before the war broke out, Nasser said: “The Arab people want to fight. Our basic aim is the destruction of the State of Israel.”

Israel maintained their position that if the straits of Tiran were closed to Israeli shipping, it would cause a war. In late May 1967, President Gamal Abdel Nasser, of Egypt, closed the ports. Egypt then proceeded to mobilize its forces along its Israeli border.

On June 5, Israel launched a preemptive airstrike against the Egyptian airfields. Nearly the entire Egyptian air force was destroyed. Israel simultaneously launched a ground offensive into the Gaza strip and the Sinai peninsula. President Nasser, caught off guard, ordered the evacuation of Sinai. Israeli forces pursued the retreating Egyptians and conquered the entire Sinai peninsula.

Nasser convinced Syria and Jordan to begin attacks on Israel. Israeli counterattacks resulted in capturing East Jerusalem as well as the West Bank from the Jordanians and Golan Heights from the Syrians.

On June 11, a ceasefire was signed. Over 20,000 Arab forces were killed while fewer than one thousand Israelis had been killed. Israeli success has been attributed to their element of surprise, innovative strategies, and poor leadership of the Arab forces.

300,000 Palestinians fled the West Bank and about 100,000 Syrians became refugees. Across the Arab world, Jewish minority communities were expelled, with the refugees going to Israel and Europe.

Aljazeera – The October Arab-Israeli War of 1973: What happened?