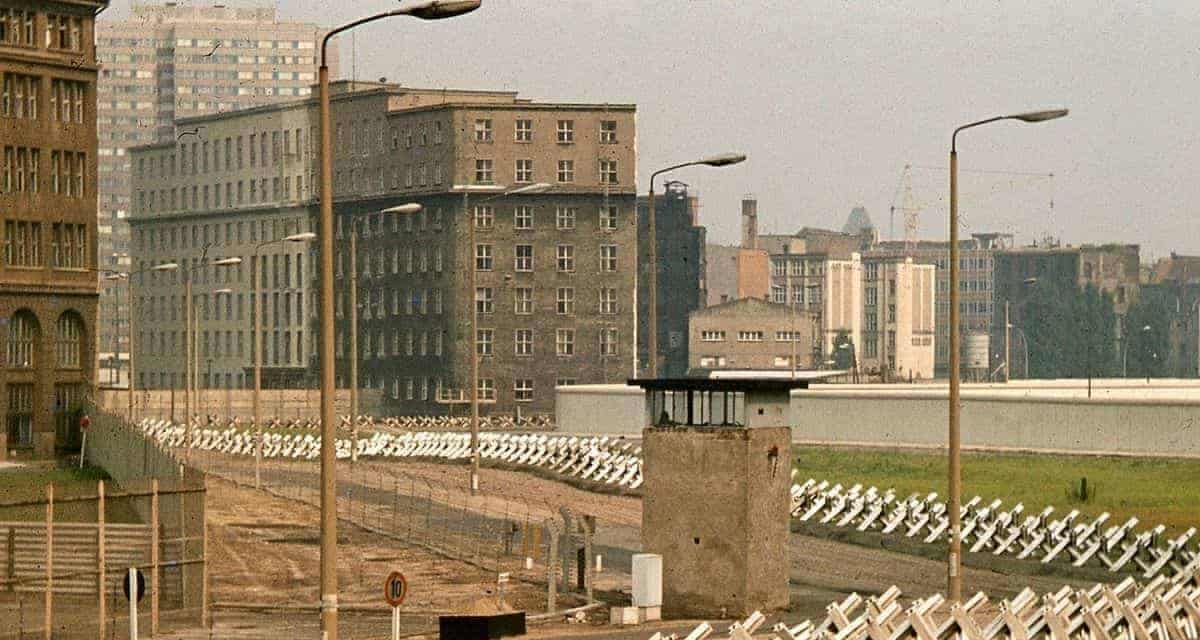 On this day in history in 1989, the world watched in astonishment as something that few expected to see, actually happened. On this day the symbol of the Cold War suddenly became a symbol of hope. The Berlin Wall was opened up and it symbolized the end of the East-West divide in Europe and the effective end of the Cold War. The Berlin Wall had been built to ensure that the population of the communist East did not escape to the West, which was democratic and free. The building of the Berlin Wall probably saved East Germany from collapse. The Wall became the very symbol of divided Europe and a divided World.

In 1985 Gorbachev became the leader of the Soviet Union and he immediately began to reform the communist system. He wanted to create a more dynamic and humane communist system that was not authoritarian. As part of this process, he encouraged many Eastern European countries to engage in reforms. This inadvertently led to growing popular discontent with the communist regimes in the East. The Soviets told the Communist regime in East Germany that it would not suppress the demonstrators and that they should not try and suppress them either. The lack of response from the East Berlin government meant that the protestors grew emboldened. Under immense pressure, some East German officials opened the gates of the Wall in East Berlin and this allowed thousands of East Germans to escape to the West. It seems that no one actually gave the order to open the Berlin Wall and that the officials and the border guards made the decision under pressure from the crowds that had gathered there.

The opening of the Berlin Wall was preceded by a Hungarian decision to tear down the border fences on its Austrian border and this allowed many to leave the communist country and elsewhere in the Communist Bloc. Many East Germans fled to the west via Hungary and this effectively ended the rationale for the Berlin War. The old leadership in East Berlin were losing power and they did not have the support of the Soviets. They had made a half-hearted attempt to suppress some demonstrations in Leipzig and elsewhere but this did not frighten the demonstrators, who were calling for freedom.

The American President watched the events unfurl on television and was impressed by the fact that the Soviets did not send in tanks to suppress the protest. Indeed Gorbachev expressly forbade any Soviet intervention. As the Berlin Wall was breached it marked the beginning of the end of the Cold War, which had threatened the stability and peace of the world since 1945.

Belfer Center – Gorbachev and the End of the Cold War

LA Times – Who Brought Down the Berlin Wall? It Might Have Been the Boss