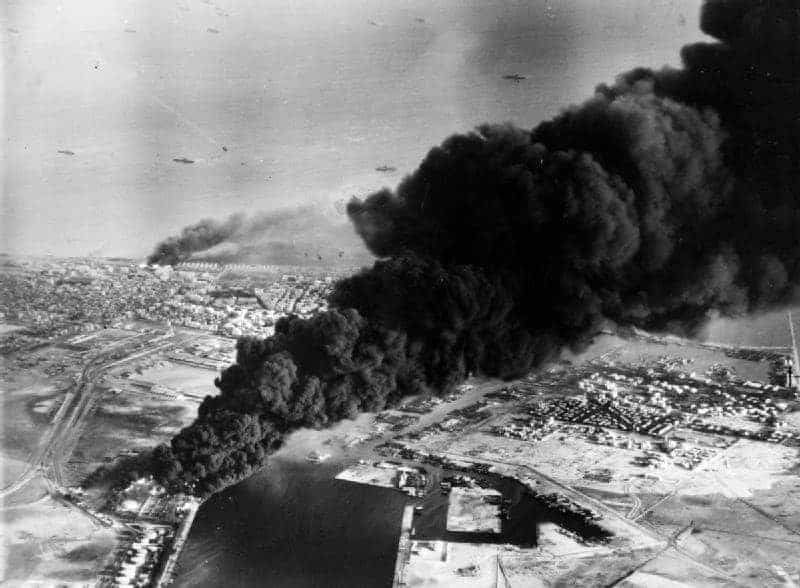 This Day In History: Britain and France Invaded The Suez Canal Zone (1956)

On this day in history, the British and the French sent their troops into the Suez Canal Zone in Egypt. They sent in their troops two days after the Israeli army had invaded the Sinai Peninsula in a surprise attack. Originally, the plan had been for all three armies to attack Egypt at once, but there was an unexpected delay.

The three countries had come together to invade Egypt for their own reasons. Israeli was tired of terrorist attacks being launched from the Sinai on its citizens. The French were angry at Naser for his support of the Algerian Independence Movement and Britain wanted to retain control of the Suez Canal.

However, the French and the British had miscalculated, even though they achieved their military objectives. The Soviets reacted with some speed despite the anti-communist revolt in Hungary. They demanded that France and Britain leave the Canal Zone immediately. The Soviets were eager to support Egypt and Nasser who was very popular in the Middle East, to secure more influence and allies in the Arab world. Moscow had also increasingly become the chief source of weapons for Nasser and Khrushchev the Soviet leader had to be seen to be supporting his ally. Moscow threatened a Third World War if the British and the French did not end their invasion.

The Americans were also angry with the French and the British as they had not been informed of the invasion beforehand. They also were angry with Israel for what they saw as a reckless and ill-advised invasion of Israel. They believed that the invasion of Egypt was a disaster as it allowed the Soviets to repress the Hungarian anti-communist revolution and also to extend its influence in the Middle East at the expense of America. Eisenhower was also upset at what he saw was Britain and France brazen naked imperialism, which he believed had no place in the post-WWII world. He wanted to end the crisis before it escalated into an all-out war between the Western and the Communist Blocs.

Washington announced that they would impose economic sanctions on Israel, Britain, and France if they did not end their aggression against Egypt. They did this in part to de-escalate the situation with the Soviets and to deny them an excuse to intervene in Egypt militarily, which could have started a Nuclear War. Soon the French and the British agreed to withdraw and this was seen as a national humiliation in both countries. Israel withdrew from Egyptian territory in March 1957. The Suze Crisis led to a crisis in the western alliance and it greatly strengthened the influence of the Soviet Union in the Middle East.