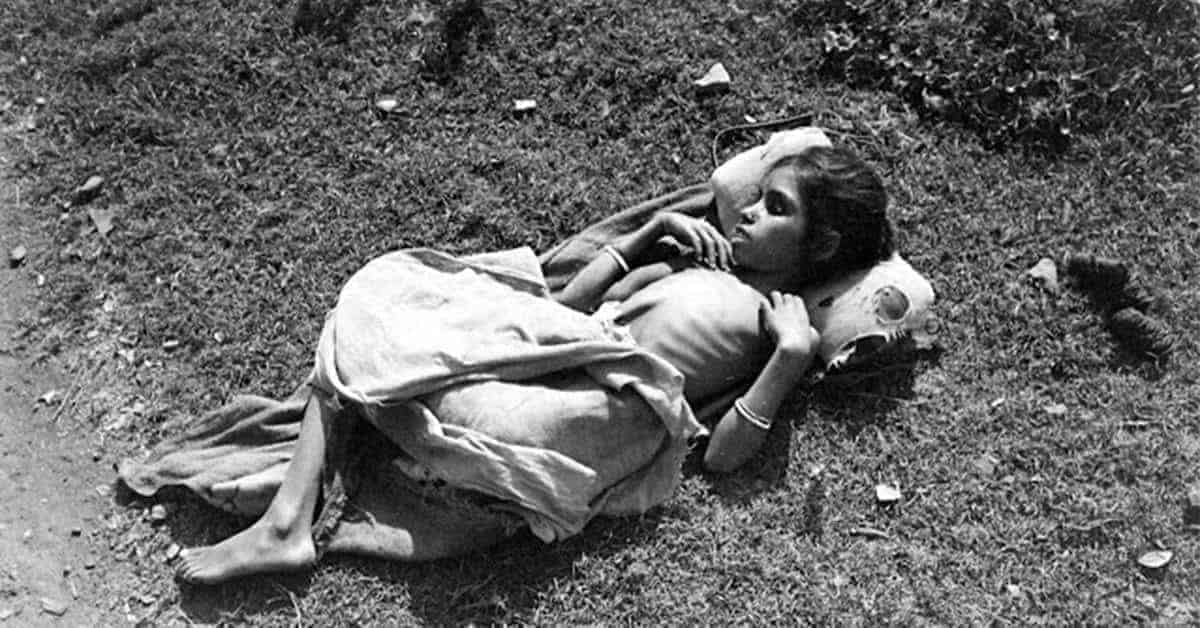 The Bengal famine of 1943 was a major food shortage in the Bengal province in British India during World War II. It is estimated that 3 million people died in the famine from starvation and then from diseases such as cholera, malaria, smallpox, and dysentery. Malnutrition, population displacement, unsanitary conditions, and lack of healthcare.

The Bengali economy was mainly agrarian. The underlying causes of the famine included inefficient agricultural practices and dense populations. Secondary causes included a cyclone that caused flooding, wartime inflation, and inflation induced by British policy failures and loss of rice imports due to the Japanese occupation of Burma (Myanmar) as well as divestment of relief from the Bengali to the soldiers. The British government prioritized military and defense needs over the needs of the rural poor, allocating medical care and food to the military, laborers in the military industries, and civil servants. Domestic sources of grain were constrained by emergency inter-provincial trade barriers and access to international sources of grain were denied by the War Cabinet of Great Britain.

India was not permitted to use its own sterling reserves, or indeed its own ships, to import food. And because the British government paid inflated prices in the open market to ensure supplies, grain became unaffordable for ordinary Indians. Lord Wavell, appointed Viceroy of India that year, considered the Churchill government’s attitude to India “negligent, hostile and contemptuous.”

Churchill notoriously said, “They are a beastly people with a beastly religion… famine or no famine, Indians will breed like rabbits.”

The Independent – The Dark Side of Winston Churchill

History Of Yesterday – The Bengal Famine: How Indians Died to Feed the British Greed