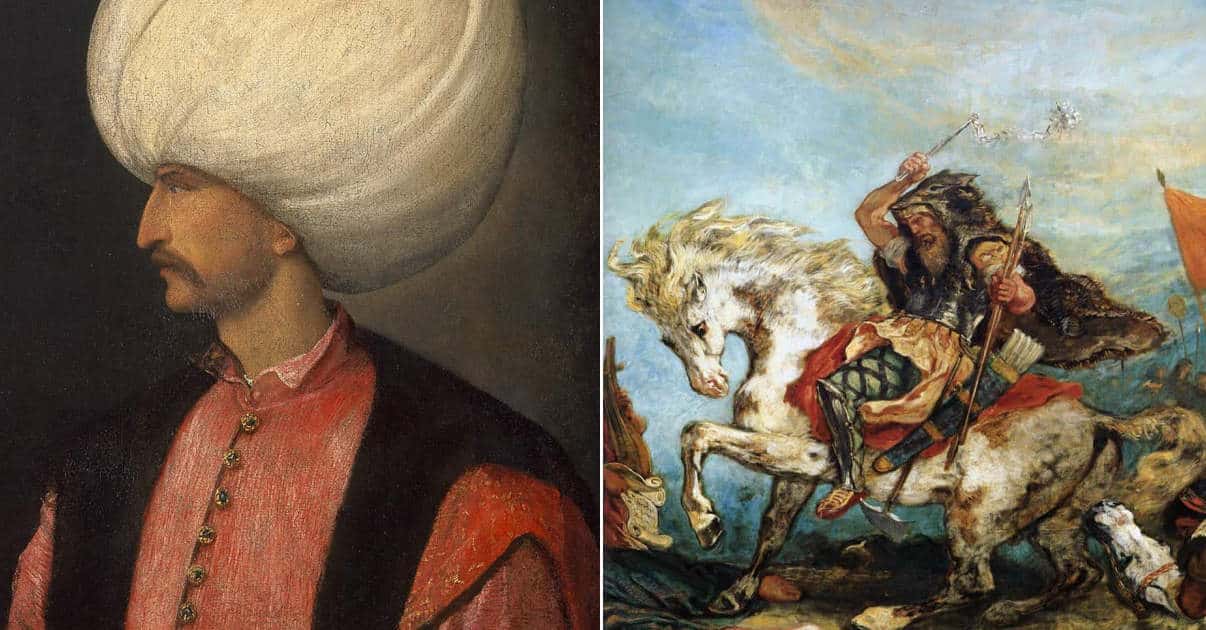 James I, became king of Scotland in 1406 when he was just 12 years old- and a hostage of the English. The third son of King Robert III, by the age of eight he had become heir to the throne. His eldest brother Robert had died, leaving the next oldest, David, to run the kingdom for their ailing father. However, other family members had their eye on the Kingdom; especially the King’s brother and Chamberlain, Robert Stewart, Duke of Albany. In 1402, Albany, had Prince David arrested unjustly for extortion and incarcerated in Falkland castle where the prince died several weeks later.

King Robert, fearful for his remaining son’s life, resolved to send the boy to France. However, the nine-year-old Prince was severely seasick, and his ship was forced to land on the English coast- where the English promptly apprehended James. Two weeks later, Robert III died. James was now king, but uncrowned and a hostage of Henry IV of England, leaving Scotland to the de facto rule of the Albany Stewarts.

James remained in England for the next 18 years. He was well treated and even trusted enough to serve in the army of Henry V during the campaigns against France in the 1420s. This, however, meant he faced his countrymen on the field of battle, for Scotland was France’s ally. It was events like these that soured James’s reputation and caused contemporaries like Sir Robert Graham to later brand him as ” a tyrant, the greatest enemy the scots or Scotland might have. ”

Finally, when he was aged 30, the English released James- on the proviso that he paid a ransom of £40,000. He returned to Scotland with an English wife, Joan Beaufort and ideas of government after the English style he so admired. In 1425, he was returned to power as King and finally crowned. James’s first acts included raising taxes to pay for his ransom and sending noble hostages south. Next on his list was vengeance against the Albany Stewarts who had killed his brother, usurped his power and indirectly led to his captivity.

Robert Stewart was dead. But his son Murdoch Stewart had stepped into his shoes. James wasted no time in capturing Murdoch and executing him. Murdoch’s son, Walter Stewart quickly followed him, as did his brother Alexander. In a short space of time, James had completed out his revenge. He had destroyed the Albany Stewarts.

Vengeance, treason and the rivalry were amongst the explanations for the killings of the cousin and brother of the penultimate Yorkist king of England’s.

Edward IV was the eldest son of Richard, Duke of York and Cecily Neville. As England’s King, Henry VI was mentally unstable, the Duke of York had acted as Lord Protector of England. Henry’s weakness and Richard’s claim to the throne had exacerbated tensions between the houses of York and Lancaster, leading to the War of the Roses. In 1460, after Richard took King Henry captive, it was agreed that Richard and his heirs would inherit the throne after Henry’s death. However, the Lancastrian’s made a last-ditch attempt to hold onto power, and Richard died soon after at the Battle of Wakefield.

A few weeks later, 18-year-old Edward consolidated the Yorkist Victory at the Battle of Towton and even though Henry was still alive, was crowned King. He received crucial support from his maternal cousin, Richard Neville, Earl of Warwick, later known as “The Kingmaker.” However, this alliance faltered when Edward married Elizabeth Woodville, instead of making a marriage alliance with France as Warwick desired. Disappointed in Edward’s lack of pliability, Warwick began to look for a puppet King elsewhere.

Warwick accordingly shifted his allegiance to the deposed King Henry. He also recruited his son in law, George, Duke of Clarence who was also Edward’s youngest brother, by promising to make him King. In 1470, Edward was deposed and fled to the Netherlands while Warwick restored Henry VI to the throne. However, Clarence angered at Warwick’s duplicity, shifted his allegiance back to his brother and aided Edward to regain the throne in 1471.

Warwick was killed in battle, saving Edward the trouble of executing him. However, another close relative needed to die so he could secure his throne. After his defeat, Edward imprisoned King Henry in the royal apartments in the Tower of London. Soon after Edward’s re-ascension, he was killed while at prayer in his private chapel.

Clarence was awarded half of Warwick’s lands as a reward for ultimately supporting his brother. However, the Duke’s ambitions remained unabated. He began to demand more land and power. He was also openly insubordinate towards the King. So, in 1477, Edward had his brother arrested for treason. A show trial followed and in 1478, Edward ordered Clarence’s execution. The Duke was secretly killed in The Tower, by a means never officially revealed. But legend says that he was given a choice of death- and chose to drown in a vat of Malmsey wine, in tribute to his dissolute lifestyle.

Wine, religion, and military might all featured in another Mughal Princes’s quest to wipe out his opposition to the throne.

Aurangzeb was the last of the great Mughal emperors and the third of the four sons of Shah Jahan and Mumtaz Mahal, whose tomb was the Taj Mahal. He had proved himself to a great military leader while serving as his father’s Viceroy and unlike many of his family, he was a devote, orthodox Muslim, spurning Mughal sensuality and drunkenness. These two traits were to serve him well when in 1657, he began to make his power play for the throne.

That year, Shah Jahan fell dangerously ill and, the possibility of a vacant Mughal throne spurred Aurangzeb into action. His first step was to take out his eldest brother and his father’s preferred successor, Dara Shikoh. Promising his younger brothers a share of the empire to elicit their aid, Aurangzeb beat Dara at the Battle of Samurgarh in May 1658. While the heir apparent fled, Aurangzeb took their father into custody, confining him in his palace at Agra.

Although not yet emperor, Aurangzeb was now the de facto ruler of the Mughal empire. However, he had to consolidate that power. He began to erode support for Dara by calling into question his Muslim faith. Dara had been interested in reconciliation between Islam and Hinduism. So Aurangzeb, (who would later remove all Hindus from positions of authority and openly persecute Sikhs), set about portraying this tolerance as apostasy.

In the meantime, he had to eliminate his other brothers with whom he had no intention of sharing power. In 1658, he imprisoned his brother Murad for three years in the Gwalior fort after first stupefying him with alcohol. He then executed him on the trumped up charge of the murder of the Diwan of Gujarat some years earlier. However, with Murad safely imprisoned, Aurangzeb felt confident enough to organize his coronation- even though his father still lived and would not die until 1666.

However, Dara chose this time to make one last attempt to attack his brother. Once again he failed, and Aurangzeb, now having him safely in custody, had him charged as an apostate. On August 10, 1659, Aurangzeb had Dara beheaded for this crime. Meanwhile, Aurangzeb, now free of his brothers began to remove the next generation just to be on the safe side. He had Dara’s son, Suleiman Shikoh slowly poisoned with opium until he died three years later.

But not all rulers, killed their relatives deliberately. Some died by ‘accident.’

Peter Alekseyevich Romanov became tsar of the Russian empire at the age of 10 as co-ruler with his older half-brother Ivan. The two boys had found themselves at the center of a violent factional dispute, led by Peter’s mother, the former tsar Alexei’s second wife and Sophia, Alexis’s daughter from his first marriage. The co-rulership was a compromise between the two factions, with Sophia acting as regent. However, in the process, the young Peter had witnessed the violent deaths of many of his relatives.

Until he was 17, Peter took very little interest in ruling directly, preferring to spend his time drinking and on military matters. The, his mother, organized his marriage to a young noblewoman Eudoxia Lopukhina and Peter seemed to wake up. He finally removed his sister Sophia from power and had her committed to a convent, while continuing to rule, nominally at least, with Ivan.

In 1696, Peter decided to visit Western Europe, often travelling in disguise. He returned to Russia in 1698 to put down a revolt, replete with new ideas- and a desire to drag Russia out of the dark ages into the age of enlightenment. Courtiers were required to abandon traditional dress and instead adopt western, German fashions. Peter even instigated a beard tax to force nobles to shave their long beards. He established St. Petersburg as his capital, introduced western-style architecture and put his heir, Alexei in charge of a German tutor.

He divorced Eudoxia that same year, committing her to a convent because of her conspiracy against him. In 1712, Peter married again to Catherine, his Lithuanian mistress. So far, Peter had achieved much and disposed of many troublesome relatives- yet not ended the life of a single one of them. However, in 1718, Prince Alexei, who had wished to renounce the succession, was implicated in a plot to overthrow his father.

Peter ordered his son to be tried by a secular court. To extract a confession, the court officials ordered the Prince tortured until he confessed. Having done so, Alexi was convicted and sentenced to die. However, the order of execution could only be ratified by Peter’s signature. The Tsar had not hesitated to have his son tortured- but he delayed over ending his life. While peter deliberated, fate decided to take a hand, and Alexei died in prison from the effects of his torture.