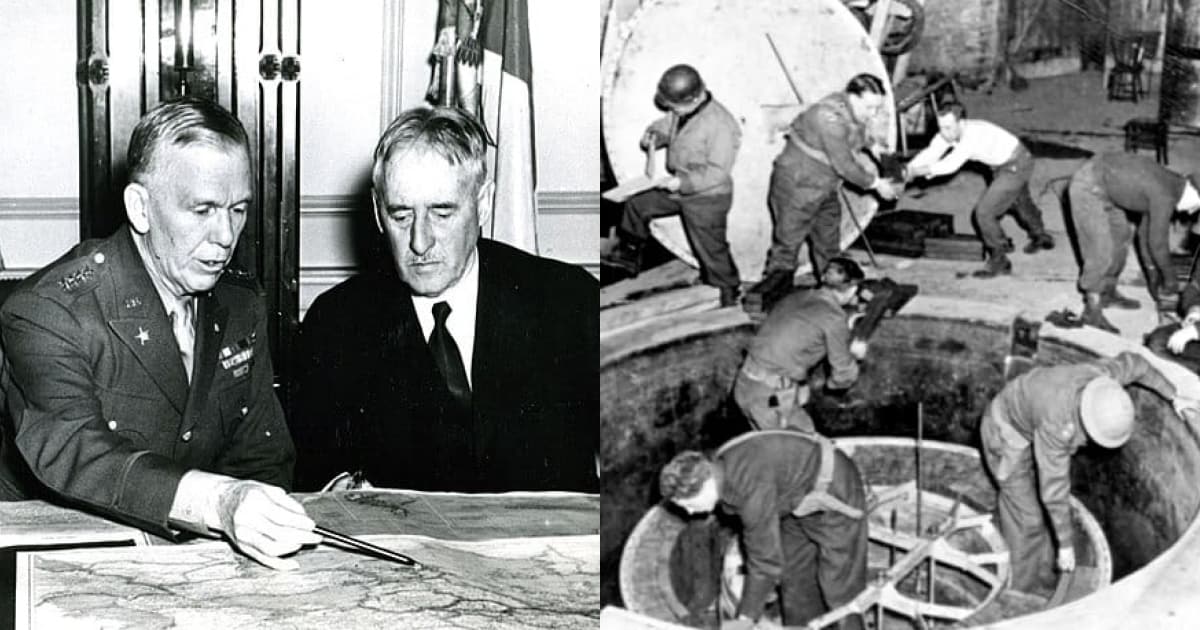 20. The Alsos missions did little to alter the course of the Second World War

If the Alsos missions revealed anything, it was the fact the Germans were years away from developing a working atomic bomb. Werner Karl Heisenberg later stated that he and many of his colleagues deliberately impeded the effort to build such a weapon out of moral considerations. Heisenberg’s recorded conversations at Farm Hall did not reveal such reticence. Instead, they blamed Germany’s failure to produce a weapon on the low priority granted to the program. Though some have claimed the German atomic weapons program became Hitler’s highest priority, in fact, it received little attention following 1940 since it evidently could not produce a weapon for many years to come. It received limited resources and financial support. It lacked a unified command structure. Political and personal rivalries dominated among its contributors. Alsos revealed these failings. For years those findings remained classified.

General Groves, who led the Manhattan Project for the United States, argued the Germans failed to build an atomic bomb because they never developed the industrial base needed to produce one. Lack of raw materials also contributed to the failure, as more and more dwindling supplies went to the conventional warfare needs. America’s Manhattan Project consumed about $2 billion to produce the bombs which fell on Hiroshima and Nagasaki, about $29 billion today. Germany’s atomic weapons program consumed roughly $2 million measured in 1945 dollars, less than the cost of a single U-boat. The Alsos missions did little to alter the course of the war because the Germans were never close to possessing the bomb. Alsos missions proved it beyond doubt.

“Now it can be told: The True Story of the Manhattan Project”. Leslie Groves. 1962

“Manhattan: The Army and the Atomic Bomb”. Vincent Jones, US Army Center of Military History. 1985