This Day In History: The Soviet Union Tested An Atomic Bomb (1949) 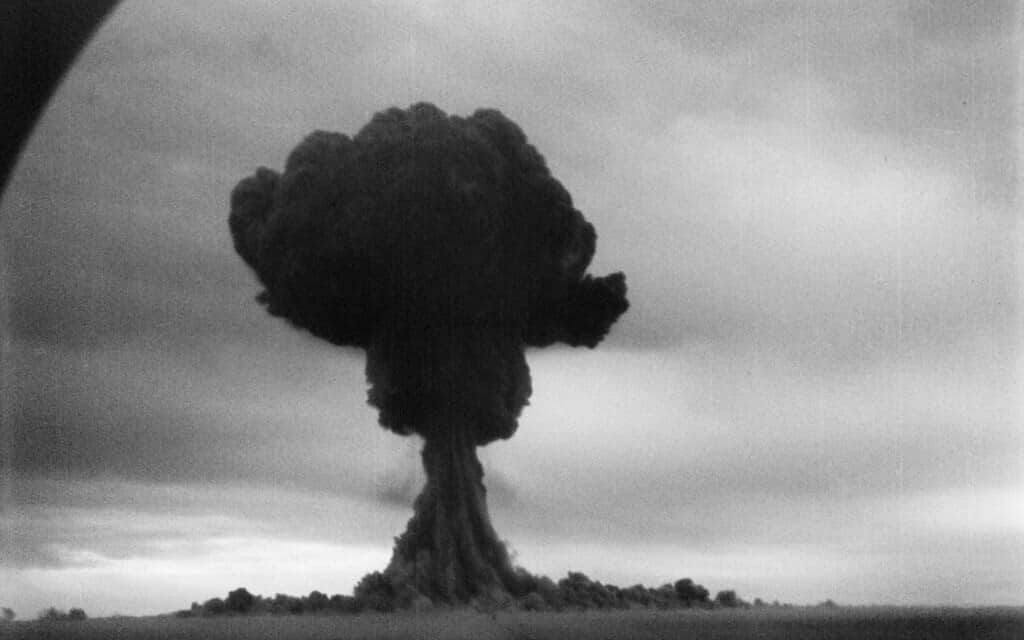 This Day In History: The Soviet Union Tested An Atomic Bomb (1949)

This day in history at a remote testing facility in Kazakhstan, the USSR successfully detonates its first atomic bomb. It shocked the world and especially America and the test was a landmark event in the Cold War. The code name of the test was “First Lightning”. In order to measure the destructiveness of the atomic bomb the Soviet’s fill the area around the test site with buildings. They also placed animals in cages nearby so that they could test the effects of radiation on living creatures. The Soviets managed to successfully detonate the bomb. They were shocked by the destructiveness of the bomb, which had destroyed the buildings and obliterated the animals. The Soviets only now realized the capability of the A-bomb.

On September the 3rd, a U.S. spy plane flying off the coast of Siberia detected radioactivity and their readings indicated that it such high levels could only have been a result of an A-Bomb exploding. Some weeks later, a somber President Truman, told the American people the Soviets had developed an atomic bomb. The US had hoped that the Soviets would never develop a nuclear weapon and this would have ensured that the international balance of power was in their favor. This hope was now dashed after the successful Soviet test in Kazakstan. America was not faced with a rival that could devastate an American city. The Soviet detonation of the A-Bomb caused something like a panic in America. Many Americans built nuclear air raid shelters and made plans to survive a nuclear war.

Three months later, Klaus Fuchs, a German-born physicist who had worked on the Manhattan Project was arrested. He had been involved in some of the key stages of the development of the A-Bomb. While stationed at U.S. atomic development headquarters during World War II, Fuchs passed on secrets about the Atomic bomb to communist sympathizers in America. The most important secret was the actual blueprint of the “Fat Man” atomic bomb. Pretty much everything that the Los Alamos nuclear scientists knew about the atomic bomb was passed on by Fuchs to communists. They later were passed on to Soviet intelligence officers and helped Moscow to build their atomic bombs.

The revelations of Fuchs’ treachery and the loss of American leadership in atomic weaponry prompted the Americans to develop a new super weapon. President Truman gave the go-ahead of the development of the hydrogen bomb, this weapon was many times as powerful as the devices dropped on Japan in August 1945.

The arms race had begun and it would last until the collapse of the Soviet Union in 1989. This race involved the Soviets and the Americans developing ever more powerful nuclear weapons, in order to secure an advantage in the Cold War. For some 40 years, the world lived with the risk of a nuclear war between East and West.