Throwing Slaves Overboard to Drown and Other Dark Moments From History

Throwing Slaves Overboard to Drown and Other Dark Moments From History 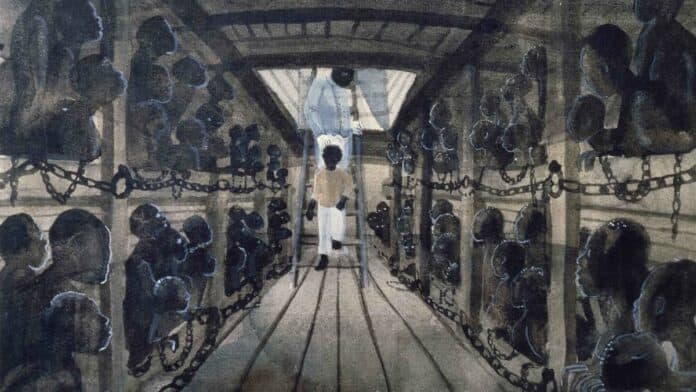 History is chock full of dark examples of people’s inhumanity to each other. From the throwing of slaves into the ocean to drown then filing insurance claims for their value, to blind faith in the market philosophies during a famine that led to the death of millions, there is no shortage of historic dark moments. Following are forty things about these and other dark but lesser known moments from history.

40. The Transatlantic Slave Trade Saw Millions of Africans Shipped to the New World

While it lasted, the transatlantic slave trade saw the transportation of an estimated 12 – 15 million Africans to the New World for a life of slavery that that was often dark, cruel, brutal, and short. At least it was for those who survived the horrific Middle Passage from Africa to the New World, during which millions of slaves perished.