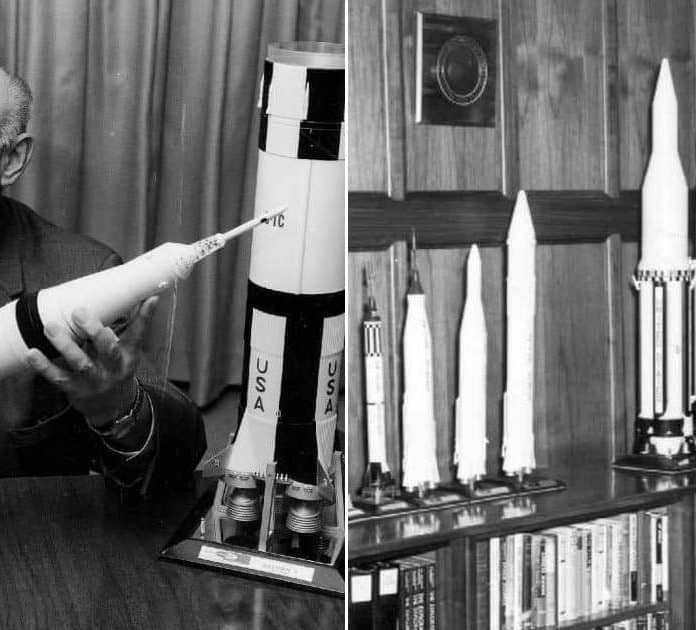 During WWII, thousands of German scientists, engineers, technicians, and other experts, participated in atrocities that could have resulted in prison or death sentences had they been prosecuted. However, many of them had knowledge and expertise deemed valuable by the war’s victors, who prioritized national interest above justice, and so put them to work instead of punishing them for their crimes. The main part of America’s share of that scramble for Nazi experts was Operation Paperclip, which recruited about 1600 of them. Many were saved from prosecutions for atrocities, and instead relocated to the US, where they became respectable citizens and went to work on a variety of government projects.

Following are ten Nazi war criminals who got away with it and escaped accountability because they were useful to the US.

Walter Schreiber Experimented On Auschwitz Inmates by Freezing Them, and Infected Other Prisoners With Gangrene

Doctor Walter Schreiber (1893 – 1970) was a prominent epidemiologist and highly regarded biology professor in the interwar years. During the Second World War, he rose to the rank of major general in the Wehrmacht Medical Service. He was also a member of the Reich Research Council, in which capacity he conducted cruel and sadistic medical experiments upon prisoners. After the war, he testified in the Nuremberg Trials against Herman Goering, worked for the CIA and the US military, and was thus shielded from accountability for his medical atrocities.

Schreiber was a medical student when WWI erupted in 1914, at which point he voluntarily enlisted in the German army. He was wounded early in the conflict, and after his recovery resumed his studies, then served as a military doctor until war’s end. After the war, he became a professor of biology and hygiene, and became one of the world’s foremost experts on epidemics.

During the Nazi era, Schreiber introduced the use of lethal phenol injections “as a quick and convenient means of executing troublemakers“. During the war, he conducted experiments on prisoners in Auschwitz by freezing them in order to examine the effects of extreme cold. He conducted other sadistic medical experiments on female prisoners in Ravensbrueck concentration camp, by cutting open their legs and deliberately infecting them with gangrene, then giving them bone transplants. The subjects of his experiments usually suffered slow and agonizing deaths.

At war’s end, he was captured by the Red Army and taken to the USSR, where he was held in the infamous Lubyanka prison in poor conditions. His conditions improved when his captors discovered his true identity, and the Soviets put him to work providing medical care to high ranking German prisoners. He was produced at the Nuremberg Trials to testify against Herman Goering, who had been in charge of Germany’s biological weapons development.

In 1948, he evaded his handlers and made it to the West, where he was hired by the US military and the CIA to work as chief medical doctor in Camp King, a clandestine POW interrogation site in Germany. He was sent to the US in 1951 as part of Operation Paperclip, which recruited German scientists, engineers, and technicians, and sent them to the US to work for the government.

Schreiber began work at the Air Force School of Medicine in Texas, but the publication of newspaper articles soon thereafter about his medical atrocities led to a public outcry. So his intelligence handlers relocated him and his family to Argentina in 1952. There, he worked as an epidemiologist in a research laboratory, until his death from a heart attack in 1970.