This Day In History: The Spanish Retreated from the Aztec Capital (1520) 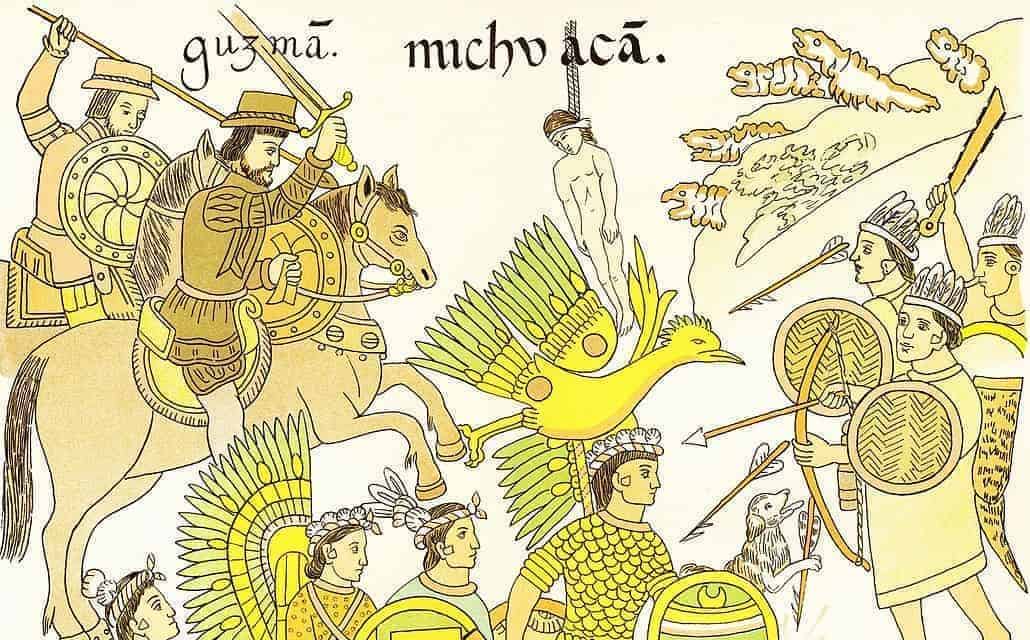 This Day In History: The Spanish Retreated from the Aztec Capital (1520)

Today in history in 1520, the Spanish forces under Hernan Cortez retreated from the Aztec Capital. The Spanish had landed in modern day Mexico in 1518. They had only a small force but motivated by the desire for gold and land they sought to conquer the Aztec Empire. This was a vast Empire and had a formidable military power. The Aztec Empire stretched from Northern Mexico to modern day Nicaragua.

Hernan Cortez was from a minor aristocratic family and he had come to the New World to make his fortune. His invasion was not authorized. In order to compensate for his lack of numbers, Cortez realized that he would have to gain the support of the local population, the subject peoples of the Aztec Empire.Cortez established alliances with local Indians who had become resentful of Aztec Rule, which was very oppressive and involved the sending of people to be sacrificed to the Aztec Gods. Cortez soon entered into a relationship with a native princess and she acted as a translator and guide. She was to offer advice to Cortez that helped him devise a winning strategy.

Cortez was able to move to the Aztec capital, Tenochtitlan. This city was found in 1325 AD and became the seat of Aztec power, it was inhabited by hundreds of thousands of people. Cortez was initially welcomed. This was because many Aztecs believed that based on a myth that Cortez and his men were sent from the Gods. Cortez was later was able to seize the Aztec Emperor and this meant that he became the puppet of the Spanish. However, the Aztecs resented the new arrangments. The rose up and stoned Montezuma the Aztec Emperor to death and they managed to drive the Spanish from their capital.

Hernan Cortes and his men had to fight their way out of Tenochtitlan with heavy losses. the night of the retreat came to be known as “the Night of Sadness”. Spanish soldiers drowned in Lake Texcoco and they also lost much of the treasures they had looted from the Aztecs. Some of the Spanish soldiers that were left behind were later sacrificed by the Aztecs.Cortez retreated to territory that was controlled by friendly natives. he managed to receive Spanish reinforcements and made new allies. The following year Cortez besieged the Aztec Capital. It was a long and brutal siege and the Spanish had the advantage of some canons. Hunger and disease especially smallpox, eventually reduced the Aztecs and Cortez was able to retake the city that he had lost. This allowed the Spanish to become the heirs of the Aztecs.